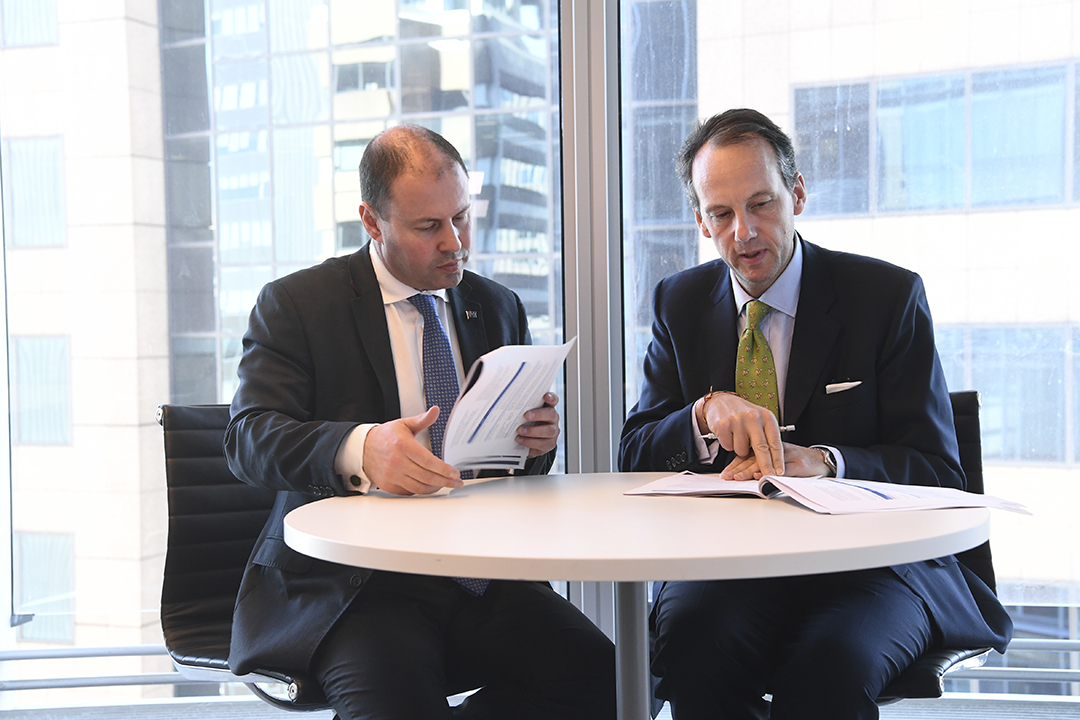 On the weekend, the AFR took a look at Mayfair 101 and left the message that the company’s investments make them vulnerable. The writers Jonathon Shapiro and Liam Walsh did their best to portray the company as risky but their strongest argument was the lack of clarity of what the company has invested in, aside from the $31.5 million it invested in buying Dunk Island.

The story failed to mention the swag of properties they bought with that figure, which will form part of the return down the track.

The writers had no problem mentioning that the company presented at our conferences, which many of you have attended. Mind you, they were one of many investment product providers at these conferences. They were happy to mention that my wife, Maureen Jordan, who was described as “Switzer’s wife” (which is so old-fashioned and disrespectful of her own achievements) was for a short time on an advisory board to IPO Wealth, which advertised continuously in the AFR, mature radio stations and other newspapers.

In their ads and at our conferences, the company always said it was a product for “sophisticated investors” and we would always tell our audiences that any product that offers to pay more than the government guaranteed term deposits up to $250,000 is risky.

Because term deposit interest rates are so low, many people are going up the risk curve and if there is a stock market crash and recession, the more risky businesses and investment products could be in trouble.

One director from a major bank was used in the story saying in five years’ time many investors will see “permanent losses of capital” because of these new players in the deposit space but this has always been the case with investments outside of term deposits. Ask those who invested in Telstra and even funds run by the banks’ wealth arms have blown up or not returned capital for years.

The value of the AFR story is to make amateur investors going into these more risky investments for higher return reasons do so with their eyes wide open. But the bigger story that was largely ignored is where is ASIC — the Australian Securities & Investments Commission — in all this?

If a player in the investment market is too risky, why isn’t the Government regulator investigating them?

We have APRA, AUSTRAC and ASIC always finding problems with our big banks (that have government guarantees) but the regulator of financial products and providers — ASIC — wasn’t even quoted in the story!

A year or two before the GFC, I wrote two stories in Sydney’s Daily Telegraph on a Saturday, which had a huge readership, especially in those days. I referred to a financial planning firm in Queensland that was encouraging people to borrow to invest and even got those with defined benefit super funds to cash them in and take out loans to invest in stocks.

For legal purposes, I left off the name of the company — it was Storm Financial. But no one from the regulator ever contacted me to ask questions and hundreds of their clients lost hundreds of thousands of dollars in that mess!

Recently, a potential new client came to our advisory firm (with his lawyer) with over $3 million to invest on behalf of his mother, who was in a retirement home. He held the power of attorney. The guy confessed both verbally and in writing that he was a money novice and didn’t want to lose the inheritance he was sharing with his sister. We said we’d have to write a plan and be conservative, given his appetite for risk. But the plan came with a fee.

So some advisers are saving clients money on a plan by calling them “sophisticated investors” and ASIC should be on the front foot to stop this new, worrying trend.

The example I use above is not an isolated one – I’m hearing this all the time but my advice firm refuses to engage in this practice.

Our clients who need fixed interest products are put into a range of investments to spread the risk but all of them aren’t as safe and secure as term deposits. But by diversification we reduce the exposure to any one firm or product not working out because of some economic or market disaster.

On November 29, just after our recent income conferences, I wrote the following in my Switzer Daily lead article: “…the bigger the promised return, the bigger the risk. That was the message I drove home at the conference and it’s why both Paul Rickard and I rammed it home again in our master class on income: when you take on riskier, higher returning products, you have to be diversified.”

I also added the following: “The old proverb applies “don’t put all your eggs in one basket” and don’t get greedy and chase high returns from one investment product supplier who could come a cropper in the GFC-style event. And let me warn you, they always show up when most people least expect it!”

Because interest rates on term deposits are so low, the Treasurer Josh Frydenberg, should be on ASIC’s back to be more communicative about risk and return and the more risky products and providers should be examined closely and given a tick or a cross accordingly.

And he should tell ASIC to change the definition of a “sophisticated investor” as the property price surge in recent years has made it a more dangerous definition. Some tightwads who really want term deposits of 5% could end up in a higher risk products because they’ve been called a “sophisticated investor” and therefore won’t have the protections of a consumer using a financial planner. This is a warning that ASIC and the Federal Government should not ignore. It might be difficult for media outlets to run tests over financial service providers who want to take out ads but it shouldn’t be difficult for ASIC because they’re the watch dog, not body bag collectors.