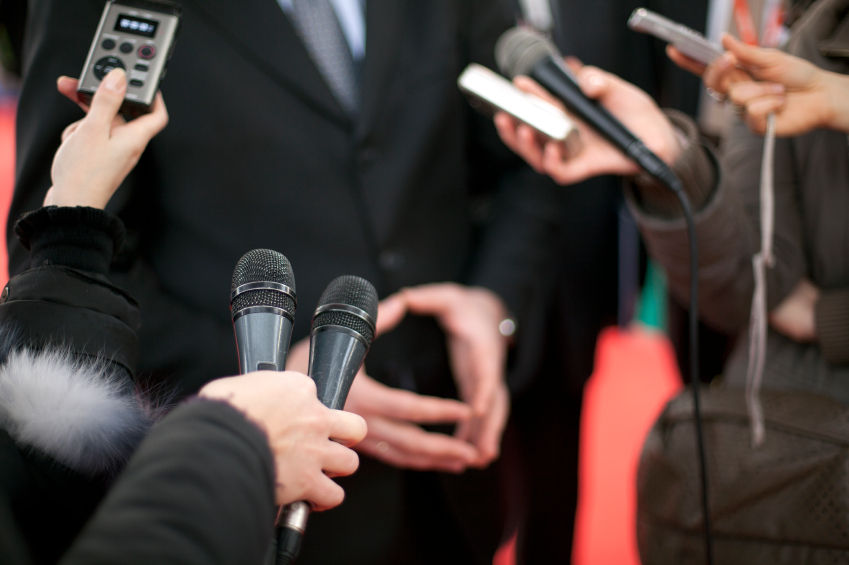 I'm sick of economists and journalists talking down the economy

Here we go again, with another group of unknown economists tipping a big fall in house prices and an elevated likelihood of a recession! And of course, a certain media outlet has seized it to create a scary headline to sell newspapers and/or attract internet-owned eyeballs.

I know the journalists aren’t the ‘criminals’, only accessories after the fact, but that’s the problem. These economists aren’t using facts for their recession predictions — they’re using speculation, based on some ‘conveniently selected’ facts.

Of course, occasionally, economists are a bit surprised what a journalist can do with a note written from an expert from an investment bank. Recall the note from an Investec analyst on Glencore, which then saw one scribe describe the conglomerate as the Lehman Brothers of mining, which helped spark a 29% fall in the company’s share price! The market reaction here saw over $60 billion of share value disappear in one trading day!

Even though these economists’ predictions are guesses based on some economic analysis, one journalist writes: “House prices are set for a 7.5% decline from March next year, with the resulting slowdown hitting the broader economy and risking recession, economists have warned.”

Apparently, Macquarie says the decline in house prices, nationally, could be 7.5% peak to trough, which is eco-speak from the high point to the low point, which seems pretty small, given the recent rises.

The chart below shows how our house prices have risen in the past three years but most of it has come out of Sydney and Melbourne. Roughly, it has gone from an index reading of 320 to 390, so a 7.5% decline peak to trough is hardly a huge drama that could lead to recession! In fact, given the double-digit rises in the past three years in Sydney, it would be a healthy correction.

Credit Suisse’s economists think the housing market is more risky than the stock market. For some houses in some areas, they might be right, but try convincing anyone who saw their portfolios get crushed by 50% in the GFC! 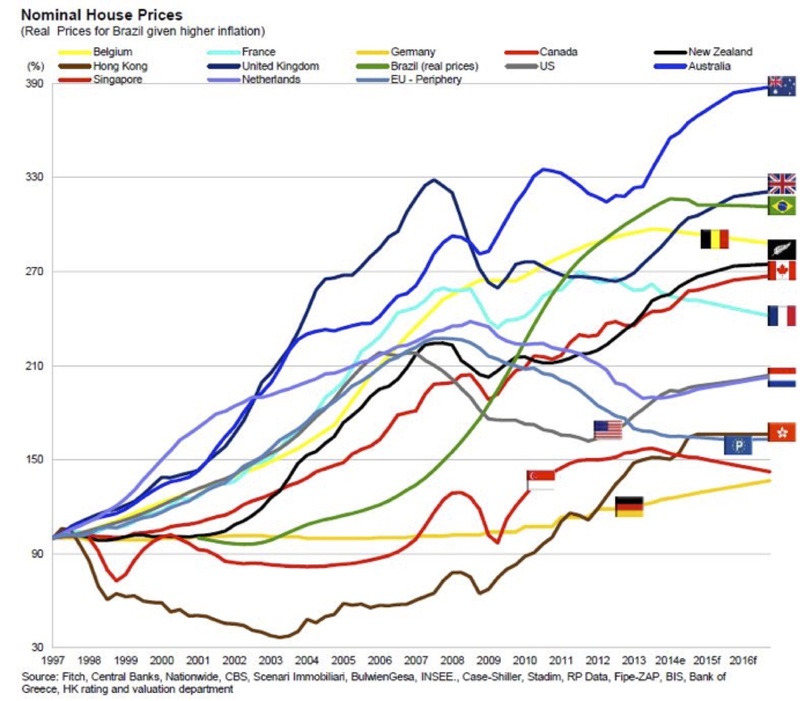 Alex Joiner, from Bank of America Merrill Lynch, is worried about the household debt levels. And rightly so, with the house price to income ratio being historically high at five and a half times. Also, household debt to GDP is at 133.6%, which is a national first!

Yep, that’s right, but interest rates have never been so low and won’t spurt higher soon, unless unemployment starts to dive, which is not likely.

I admit a big worry would be an internationally caused interest rate spike that could send us into recession, with our debt levels so high. However, that’s another speculative issue, with a low risk rating at this point. In economics, however, you can never say never.

As an economist, I don’t want to ignore these guys’ analysis and predictions but I’d like to see an alternative view from other economists, say at the biggest banks in the land, who aren’t as negative. This includes the big four banks and the biggest — the Reserve Bank, which has a pretty big interest in things like the economy, house prices and debt.

Here’s another view, my view and it runs like this. Yep, house prices fall and more first homebuyers enter the market, helping an increase in the construction of homes and creating jobs. At the same time, the lower Aussie dollar provides economic growth stimulus, as well as jobs.

Given that we’ve been through a huge rise in house prices, which has not brought forth a huge consumer-spending boom, why should a 7.5% fall in house prices put consumers on strike, in turn hurting the economy?

Helping these economists is the fact that we’ve dodged a recession bullet for 25 years and we’re way overdue for one. But I reckon if the RBA thought this scenario was likely, the cash rate would be at least 1.5% now and not 2%.

Whose prediction you believe is a gamble but I’ve found the ‘muddle through’ thesis turns out to be right more times than the ‘disaster ahead’ warning.

My old academic mate, Professor Steve Keen, got the GFC debt problem call right pre-2008, which was a good call and I actually gave him press coverage at the time. But his predictions on house prices, the course of the global economy and the stock market could have been forgettable.

One day he will be right again about too much debt — I just hope it’s later rather than sooner.

On what economists predict and what journalists write, if you’re not given some alternative views for balance, then just see it as sensationalist, headline-grabbing, junk journalese, that just COULD be right.

(On Wall Street, the Dow was up a tad but it was Columbus Day so trading was subdued. Energy was down and the Oz dollar was up to 73.59 US cents, thanks to a softer greenback. I can’t see this doing much for our stock market today.)