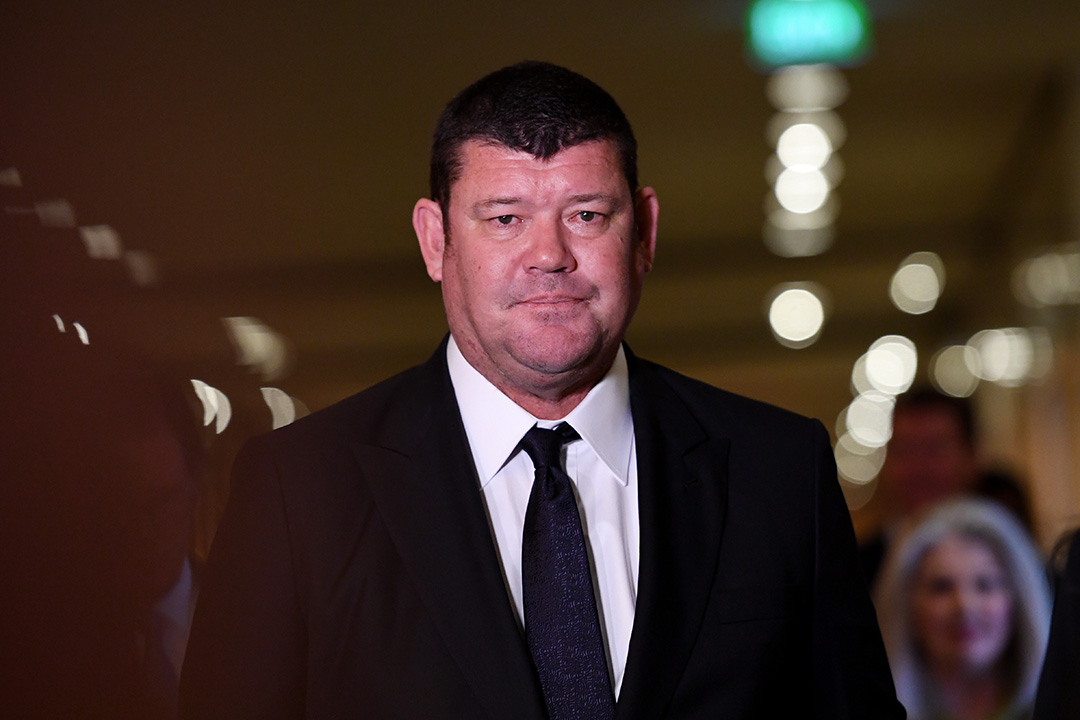 If James Packer loses his crown, he’ll get even richer!

James Packer faces a Sydney Carton moment when he has to decide whether he gives himself the guillotine and chops off his head as the real leader of the listed company Crown Resorts and its Crown gambling operation.

Right now, the consensus of company analysts, who try to guess the future of profits of businesses and then their stock prices, think Crown Resorts (CWN) has a

And it’s my contention that if James reads the old Charles Dickens book A Tale of Two Cities, he could get some great inspiration from the hero of the piece, with the appropriate name, Sydney Carton, and opt to have himself executed from the leadership of Crown to save others.

I know this sounds like ‘tough’ love, and let me say I pass no judgement on James, that’s for others to do. But as an assessor of companies and a predictor of share prices, if Crown de-Packerizes itself, the quality of the assets coupled with good management should be positive for its share price.

I’m not a casino guy but I’ve stayed in their business hotels. They’re first class and positioned brilliantly in Melbourne and Sydney. And given Australia’s future as a tourist destination (after we kiss the Coronavirus goodbye), this should be a winning business.

Crown has had a problem for some time, as the chart above shows. It has especially been a losing story for many shareholders. In 2014, it was a $17 plus stock. Now it’s hovering around $10. Not helping its share price is the recently released report from former NSW Supreme Court justice Patricia Bergin SC, who conducted a forensic examination of the gambling business and then unleashed a scathing assessment on the operation.

It’s why its Barangaroo casino remains closed, as the NSW licensing body refused to give Crown the thumbs up to open while the Bergin inquiry was ongoing. Also the revelations along the way made it very hard for a licence to be granted.

And now the report has been made public, changes have to be made, if shareholders’ and Mr Packer’s investment is to reap real rewards.

The AFR revealed one of the most damming findings was that “…for five years between 2014 and 2019, Crown facilitated money launderingthrough the two bank accounts belonging to subsidiaries of its Melbourne casino, despite warnings from its bankers.”

“And from 2012 to 2020 it found that Crown entered into and/or continued commercial relationships with junket operators who had links to Triads and other organised crime groups.”

And it’s why Patricia Bergin concluded: “It is obvious that such attributes would render an applicant quite unsuitable to hold a casino licence in New South Wales.”

But Justice Bergin gave Crown and its owners hope of salvation.

There were many recommendations for changes to Crown’s management and processes but there was a message you couldn’t ignore: a need to reduce or even eliminate the influence of James Packer over directors and therefore the business.

Though it’s disputed that Albert Einstein actually said this, I think he was smart enough to lecture us all, when he possibly suggested that “Insanity is doing the same thing over and over and expecting different results.”

Clearly, Mr Packer and his sidekicks did what they did believing it’s the way to run casinos and resorts. But the market and the chart above disagree.

Justice Bergin gave some great advice to James and the chair of the company, former Liberal MP, Helen Coonan: “If Crown is to survive this turmoil and convert itself into a company that can be regarded as a suitable person … there is little doubt that it could achieve a fresh start and emerge a very much stronger and better organisation.”

I really hope James has read or will read A Tale of Two Cities because if learns from Dickens, he and his fellow shareholders might actually wind up richer for the experience.