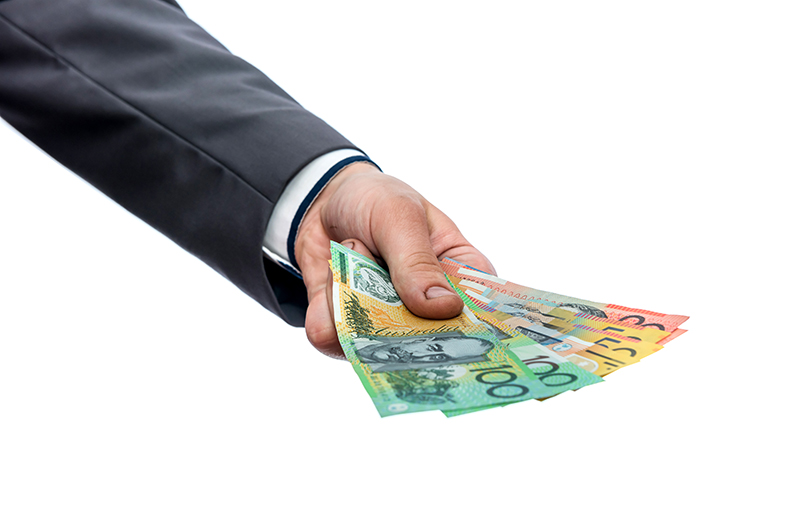 Doomsdayers and pessimists stop people from getting rich

When it comes to property price crises and a future recession, the question is this: how long should a doomsday merchant have to get away with telling us to be very scared and a crash is coming? And when that scary day actually shows up?

Frankly I don’t care, however, if ‘experts’ on property or stocks try to get public attention by putting themselves forward as a Paul Revere, warning that pending doom isn’t far away but it takes a long time for them to be right, then they’re not providing a public service. They are in fact pests, stopping people from getting richer.

Let’s imagine an expert tipped a property Armageddon in 2008 and those who heeded the warning sold a property or failed to buy one. They could have missed out on 80% price gains by holding property until mid 2017 in Sydney and would now be down 15%, so the net gain they missed out on would have been 65%. And if their property was worth $1 million when they sold, the loss could be $650,000, which is a conservative price to pay for being a doomsday believer.

Right now we have predictors telling us 40% price falls are on the way but their percentage call is guesswork. It could be 20%, 30%, 50%, but it also could end up being 18.5% because we don’t know what tax cuts, rate cuts, less restrictive lending from banks and a lower dollar does to economic growth, jobs and the price of property and stocks.

There are so many variables when it comes to investing in property or stocks. For example, property doomsday merchants might not have thought that our Reserve Bank could fight a 40% fall in house prices by using quantitative monetary policy, which is just throwing money at the problem to get growth and even inflation.

The point I’m trying to make is that being certain that rationality about excessive debt levels and how they might affect asset prices can send you to the poor house. The great economist J.M.Keynes, who was a great stock market player, once advised us: “The market can stay irrational longer than you can stay solvent.”

So yes, you can be right that a market or sector is overvalued but terribly wrong on the timing.

People try to tell you stocks are better than properties and vice versa but I like both, especially when you buy them when the market has had a sell off. Timing markets can be a minefield and academic work shows timers often end up out of pocket because they get in on the bad days and miss out on the really good ones. Property and stock markets can be really irrational at times.

I bought a property and saved over $100,000 on a $740,000 house by buying just after Lehman Brothers went broke. I bought Macquarie Bank shares at $26 in the GFC and was a little worried when they went down to $16 before turning around with the Government support offered to our banks in 2008.

On the other hand, stocks can give you nightmares because share markets are much more reactive and volatile but there are no tenants or termites and you can get out of this asset by tapping on your laptop, while a property can take weeks or months to sell (and if you can’t sell it you might have to resort to the ‘stars’ on Selling Houses Australia!) 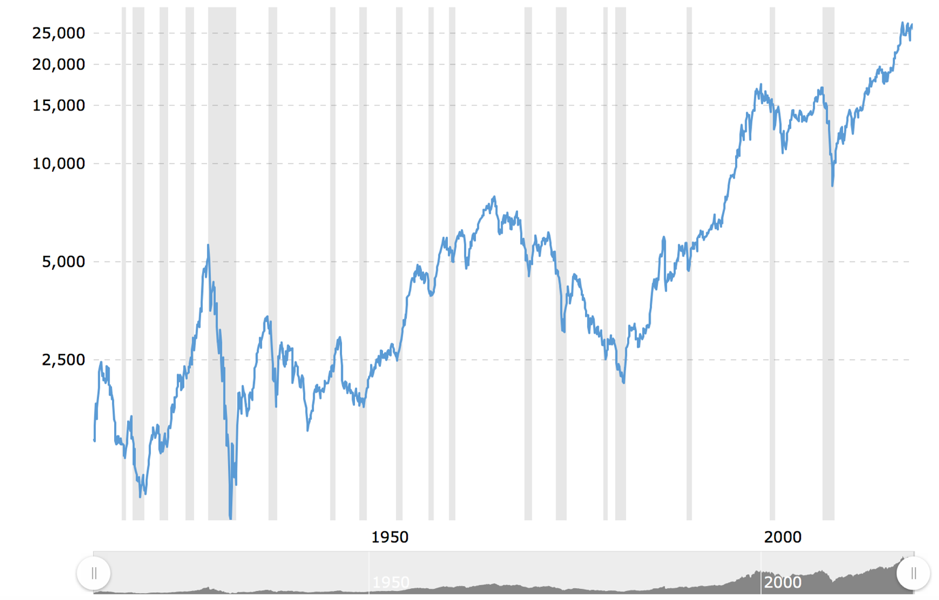 The upward trend of this 100-year chart of the Dow Jones Index makes the case that the really bad slumps are quickly reversed and the rising money-making trend resumes.

The same strong case can be made for that wonderful asset called property and this chart makes the case for me very clearly. 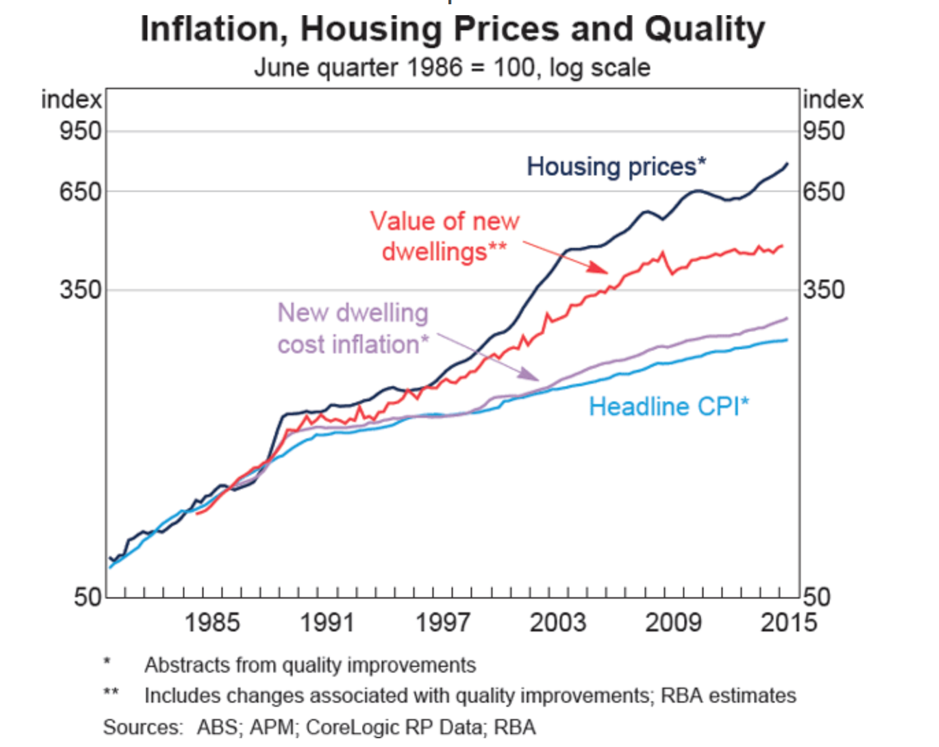 That dark line has an all-pervading rising nature and anyone who bought a property in 1980 for $50,000 saw their asset grow in value to nearly a million dollars. And between 2015 and 2017, it could have grown to $1.3 million, given what the booms in Sydney and Melbourne were doing!

And remember, those figurings of mine leave out the extra gains that might have come from renovations and extensions because property can give you opportunities to grow your wealth by wise and market-sensitive alterations.

I refuse to say what assets are the best — property and stocks are great ways to build wealth but you do need to learn how to play the game.

By 2016, I was advising my radio callers that we’re near the top of the market so buyers then could be copping paper losses if they weren’t selling or real losses if they needed to sell. However, those are the breaks when you try to make money out of assets.

Right now, we could be near the top of the stock market but interest rates aren’t high and these are the main reason why stock prices collapse. That said, other triggers could cause a crash and a recession that could even hit house prices, so try and be in a recession proof business or job if you’re a big borrower.

People who tell you they know a bust is coming are guess merchants and one day they will get the recession and market crash they tip right but the magnitude of the slump is one big Hail Mary guess.

Remember this, if you can stay in liquid, earning income and service your debts, you can get richer by exposing yourself to quality property and stocks. And the charts I’ve shown above show that for most people, the price trend ends up being your friend, even if you have to live through some harrowing experiences in the short term.