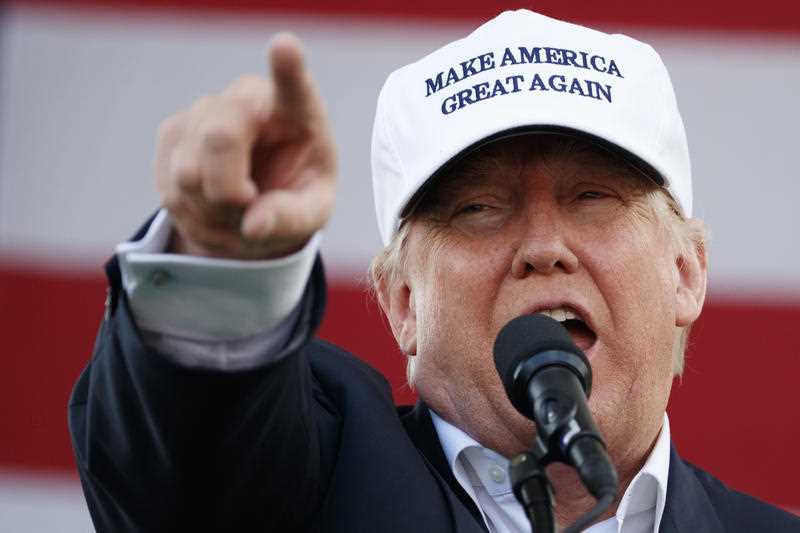 5 reasons why Donald is trumping the world

With stock markets now taking seriously the possibility that Donald Trump could do a Brexit and defy the bookies to become the 45th President of the USA, let’s be fair and look at what his economic policies promise to be and why they might be scaring smarties in the finance world.

This week, the Wall Street Journal revealed that 370 prominent economists signed a letter saying “Do not vote for Donald Trump”. Eight were Nobel Laureates.

To sensible Americans, who are not ‘pissed off’ with the world, this might have enormous appeal, with the 370 confirming their suspicions about Trump. However, those ‘pissed off’ Americans (who are like voters here who supported Pauline Hanson) would see this as the elite world trying to maintain their elite world.

Sensible successful people who read the WSJ aren’t voting for Donald Trump. The only way you’ll beat a great salesman like this man who would be President, is with someone who’s a better salesman than him, not with economists. And Hillary’s email problems haven’t helped her brand.

Try these criticisms from these 370 hotshot economists:

• The Budget: “He has lowered the seriousness of the national dialogue by suggesting that the elimination of the Environmental Protection Agency or the Department of Education would significantly reduce the fiscal deficit. A credible solution will require an increase in tax revenue and/or a reduction in spending on Social Security, Medicare, Medicaid, or Defense.”

• Tax: “Trump’s plan is to revise the U.S. tax code, slashing the corporate tax rate to 15% from 35%,” explains Mark T. Williams of Boston University, who is a former Federal Reserve Bank Examiner and author of Uncontrolled Risk, a book about the collapse of Lehman Brothers. “Even if his campaign’s estimates are assumed accurate, government tax receipts would fall over the next decade by $4 trillion.” (Business Insider)

• On Economics: “Trump has a deep ignorance” of economics and is unable to listen to credible experts, they say, and he “promotes magical thinking and conspiracy theories over sober assessments of feasible economic policy options.”

• Trade: He rejects free trade and trade deals, which would jeopardise the Australia-US Free Trade Agreement, but both potential presidents have said they would oppose the 12-nation Trans-Pacific Partnership, which is a plus for Australia. His plan promises to renegotiate existing trade deals, even proposing a 45% tariff against China. Economists argue: “This approach would weaken the U.S. economy as nations quickly retaliate, overall trade shrinks and jobs are lost.”

In summary, economic analysis of both candidates’ economic plans by Oxford Economics, Moody's Analytics and UPenn's Wharton School Budget Model (from taxes to jobs to economic growth) leant towards Clinton’s policies. And that’s why financial markets are spooked by the prospect of a President Donald Trump.

But given normal people’s cynicism towards typical politicians, highbrow, out-of-touch economists and Wall Street, you can see why a great salesman like Trump can sell his sizzle without producing the credible economic sausage.

You can see I don’t want a President Donald Trump for sensible economic reasons. I think there will be financial instability that will hurt wealth and undermine confidence and the US economic recovery. However, there could be one positive if he wins.

The Democrats might unearth a credible leader who can tell the truth and inspire a nation to believe in him/her without the second rate shyster tricks of a great salesman like Trump.

Most voters in most countries are praying for a leader like this to come along. Where the bloody hell are they?