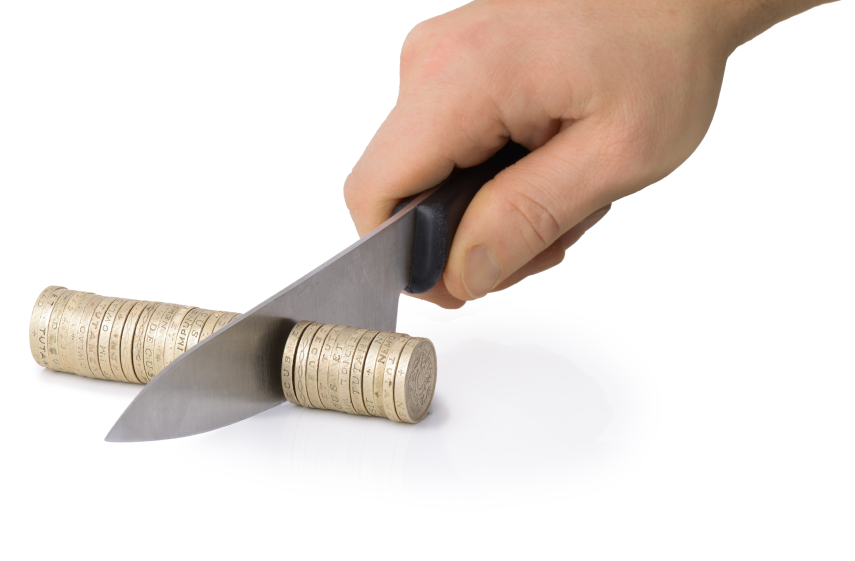 While all the media attention is focused on changes to negative gearing, investors should be more alarmed about Bill Shorten’s proposal to slash in half the capital gains tax discount. If this idea sees the light of day, it will be bad for stocks and property - and act as a serious disincentive to investment.

That’s not to say that changes to negative gearing won’t cause problems for the property market. Pricing dislocation around a hard start or phase in date is very likely, where we could witness an investor buyer frenzy ahead of 1 July 2017 followed by a buyer strike immediately thereafter. Apart from that, anything that impacts demand must be a negative for the property market in the long term, but I am not sure that it will prove to be that material as interest expense up to the net rental income will still be deductible. It is just that excess interest, or the “loss” part of the investment, won’t. My colleague, property investment guru Margaret Lomas, is a little more concerned - you can read her thoughts here.

But let’s return to the more worrying part of his proposal - changing the capital gains tax discount.

Assets purchased prior to 1 July 2017 would be grandfathered and would not be impacted by the change. There would also be no change to the rate companies pay (currently, a 0% discount), or for super funds paying tax (a one third discount), an effective tax rate of just 10%.

The Labor Party substantiates the change on the basis that the cost of the CGT discount is growing rapidly - it will double from $4.2bn in 2013/14 to $8.6bn in 2018/19 - and that since its introduction in 1999, it has been one of the key drivers behind the growth in negative gearing and the increase in net rental losses claimed by investors.

The numbers cited by Labour come from the Treasury’s Tax Expenditure Statement, which shows that the “cost” of this concession goes up and down as markets (property and shares) move up and down. Between 2011/12 and 2013/14, for example, the cost of the concession fell. So any forward estimate is no more than a guess by Treasury on the state of the property and share markets in the years’ ahead and can’t be relied upon.

But the Labor party also has an incredibly short memory.

Why was the discount introduced?

When capital gains tax was introduced in September 1985 by Paul Keating, the tax was calculated on the real gain, that is, after adjusting for inflation. The cost base of an asset was indexed for inflation, and the taxable gain was the difference between the sale price and the indexed cost base.

This all seemed to make perfect sense at the time, particularly as inflation was running more in the 4% to 5% range, rather than 2% to 3% today.

To calculate the taxable gain, a taxpayer needed to record their cost base and index it for inflation using changes in the Consumer Price Index. While this looked relatively easy at the outset, calculating the gain soon proved to be a nightmare, particularly on assets which had been purchased in multiple parcels. For example, the sale of shares in a company where the taxpayer had elected to receive shares through a dividend re-investment plan meant that he or she was required to index for inflation over different time horizons the cost base of each individual parcel of shares.

In 1999, Treasurer Costello elected to simplify the capital gains tax process. In return for paying tax on the “nominal” gain rather than the ‘’real” gain, an individual would only pay tax on half the gain if the asset had been owned for more than 12 months. Hence, a discount of 50%.

Under Labor, the effective tax rate on the real capital gain will be is in the order of 50% to 60%.  In a high inflation rate scenario, it could be as high as 85%. This will make investment in assets such as shares, housing, and land highly unattractive. Our tax rate on capital will be one of the highest in the world, which will also act to discourage foreign investors.

Let’s take an example to illustrate the problem. Suppose an asset is purchased for $100,000 and held for 10 years. We will assume that it increases in value by 7% per annum, and that inflation is 3% pa. 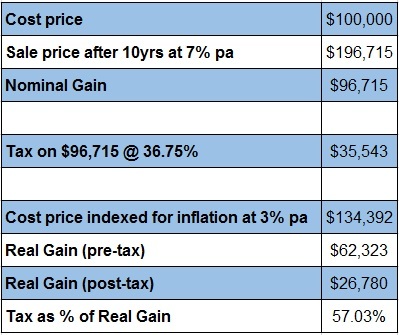 In a more aggressive inflation scenario, the effective tax rate is even higher. Using the same example but assuming an inflation rate of 4.5%, the tax rate jumps to 85.82%. And, it is not too hard to create a scenario where the tax paid represents more than 100% of the real gain!

As the recent tax debate has shown, obtaining consensus to amend the system is hard work. Changes to the tax system therefore need to be able to survive the test of time, and while in a very low inflation environment the difference between nominal and real gains is not that material, as inflation ticks up, so does the materiality of the difference. Labor’s proposed change to the discount rate will not only act to inhibit investment from 1 July 2017, but should inflation start to move back up to where it was in the seventies, eighties and nineties, unfairly punish investors for the ravages of inflation. Investors should send a message to Bill Shorten - leave the CGT discount factor alone.