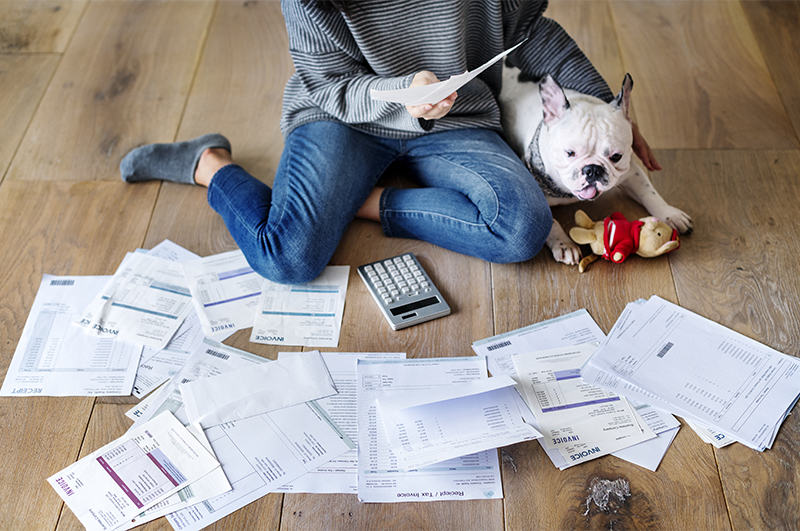 As anyone who listens to commercial radio would attest, there’s no shortage of providers spruiking their wares as a panacea for indebted consumers – for a hefty fee, of course.

Debt agreements are binding contracts to repay an agreed amount to creditors over a certain period, while debt consolidation merges several troublesome debts into the one facility.

According to the listed FSA Group (FSA, $1.04), business is booming.

“Consumer debt levels are at a record high, new inquiries are increasing and demand for our product and services is growing,’’ says the company, better known under its trading name of Fox Symes.

What’s most disturbing is that the demand is in the context of historically low interest rates – and no prizes for guessing what happens when rates “normalise”.

FSA is enjoying a purple patch across both its debt management and lending divisions (sub-prime home loans and personal loans, the former being a vehicle for borrowers to consolidate their debts).

As an alternative to bankruptcy, debt agreements have soared in popularity over the last decade, growing at a compound annual growth rate of 7.5% since 2004 (14,000 agreements were inked last year).

FSA’s continuing rosy fortunes flies in the face of a series of amendments to bankruptcy laws clamping down on what the government describes as “unscrupulous practices by a small minority of debt agreement administrators.”

Effective from July 27, the Bankruptcy Amendment (Debt Agreement Reform) Bill caps the maximum period for a debt agreement at three or five years – three years for non homeowners and five years for those who own a home (and presumably are struggling with a monstrous mortgage).

The amendments increase penalties for wrongdoing and expand the power of the Official Receiver in Bankruptcy to reject agreements that would impose “undue hardship” on the debtor.

Also, the minimum bankruptcy period reduced from three years to one year - a move aimed at not discouraging entrepreneurs from having another go and removing the stigma of the condition.

The counter argument is that it makes it easier for the spivs to get back in business.

In a submission to government, a gaggle of consumer law advocates take a less generous approach:  “In our view there is only a very narrow band of people for whom a debt agreements is a suitable option and even fewer for whom it is their best option.”

FSA argues three years is too short for creditors to achieve an adequate return and they will reject these arrangements. “The likely consequence of this may be an increase in non home owners exploring other solutions to manage their unmanageable debt,” the company says.

With a 39% share of the debt agreement market, FSA should be ruffled – at least in theory. But as it points out, unlike most of its rivals, it offers broader services including informal arrangements, personal insolvency agreements and, of course, bankruptcies.

FSA also alludes to a new product in response to the reforms.

The non-conforming loans offered by FSA are the sort of proposals the banks increasingly reject these days. However FSA’s book is backed by Westpac, which in November approved an expanded $75m facility to back FSA’s loan growth.

FSA trades on an attractive multiple of 10 times and dividend yield of 5.5%. The company may be vulnerable to further reforms launched by a Shorten Labor government, but given the groaning debt profile of the average Australian households, debt agreements look like remaining a growth sector for some time yet.

Lawyer and Credit Intelligence founder and CEO Jimmie Wong has first-hand experience of what a decent property slump can do for one’s personal wealth: he owned five properties in Hong Kong during the Asian financial crisis, when average prices fell 70%.

“I lost all my money,” he says. “Many people in Hong Kong were like me because most properties were in negative equity.”

Naturally, droves of property owners filed for personal bankruptcy, many having used personal loans to finance mortgages. Many took their own lives after being pestered by collection agencies.

Wong and his firm started handling bankruptcy cases, but the trouble is Hong Kong bankrupts can lose their homes and often their job. So he entered the business of arranging debt agreements.

Wong says that since then he has acted for 9,000 people, for an average fee of $HK12,000 ($2,000) but saving them from a four-year bankruptcy. As it happens, HK property recovered strongly – they’re now six times the value of an average Sydney pad – but all too late for the victims of the financial crisis.

The bad news for Australian home owners is that having built a thriving Honkers business, Wong is now eyeing the two million families in strife over mortgage and consumer debt.

“There’s a good chance we will get good market share because when property prices drop by 20%’ a lot of problems will emerge.”

As a prelude, Credit Intelligence I last year entered an alliance with the national insolvency firm Cor Cordis, which will adopt the company’s automated case management platform.

Wong rues the cost of operating in Australia is too high, so the company plans to replicate its low cost, automated platform, which means it can service Hong Kong clients at an average cost of $100.

Outside of the Cor Cordis tie up, CI’s Australian plans involve acquiring “one or two” debt management companies or insolvency firms and intends to undertake a capital raising to further these ambitions.

“If we are lazy and don’t expand, our profits won’t be able to rise,” he says. “But we will try to continue paying dividends to shareholders if possible.”

And, no, the company has no debt. After all, it’s the work of the Devil.

Wong accounts for 47% of the company, despite offloading 8% of his stake to two unrelated investors last September.