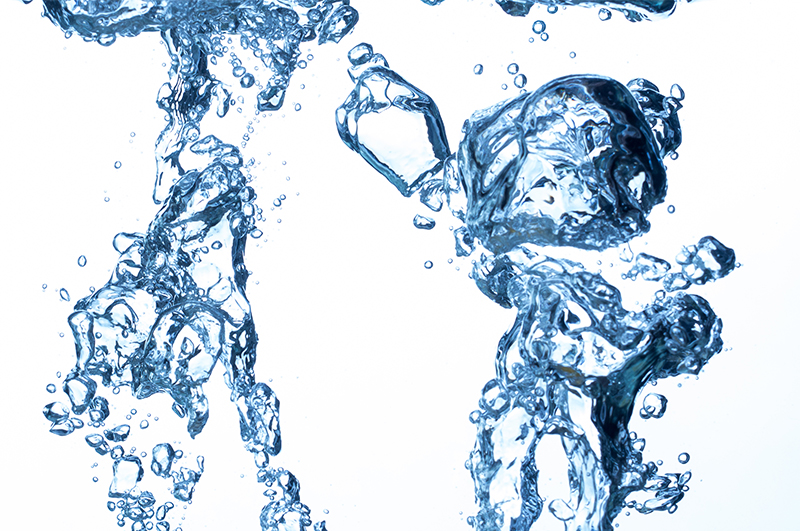 Fluence chief Henry Charrabe fluently rattles off the reasons why investors should be warming to the global water treatment outfit, which recently won an African contract worth more than the company’s circa $200 million market capitalisation.

Yet despite rallying over the last month, Fluence shares have lost one-third of their value since July 2017, when the company was formed from the merger of the New York based RWL Water with the Israeli-based, ASX listed Emefcy.

“We have reached our target of 74 percent growth in revenue, reduced (operating costs) by 30 percent and exceeded the growth margin we guided to,” Charrabe says.

“At some point I’m out of tricks, there’s no more I can do.”

Fluence is 29% owned by US entrepreneur Ronald Lauder, heir to the Estee Lauder cosmetics empire. But with clients such as Coca-Cola, Pepsi, Halliburton and Procter & Gamble, no-one can accuse the company of having only a skin-deep presence in the fast-growing water purification sector.

Fluence last month proved its chops by winning its biggest contract to date, a €165 million ($260 million) deal to build a 150,000 cubic metres-per-day plant for the Ivory Coast’s government-owned water utility.

The turnkey plant will provide potable water for the west African nation’s capital Abidjan, which teems with 4.7 million people (the country’s overall population of 25 million has doubled since the 1980s).

Using proven methods such as ultraviolet disinfection, the facility will clean up water from a lagoon infested with blue algae.

“The uniqueness is not the technology used, but the combination of the engineering and effectively applying it,” Charrabe says.

The project will be funded by the Israeli export credit agency Ashra, which in effect guarantees the quarterly revenue payments to Fluence over the next three years. It’s also expected the Israel Discount Bank will fund the Ivory Coast side of the deal.

“We never get paid by the government, the government signs invoices and the bank pays us,’’ Charrabe says. ““There is no collection risk or political risk for us.”

Charrabe says algal blooms have become problematic worldwide and he’s in no doubt that climate change is to blame: “There is a direct correlation between algal blooms and increased temperatures in the world.”

Algae or no algae, there’s no shortage of putrid water in both developed and developing geographies, with 2.4 billion people lacking access to clean water.

Latin America last year accounted for close to half of Fluence’s turnover.

China, not surprisingly, is also a key focus, with 26 installations across 16 provinces. Last December, the company won a $US45 million ($63 million) contract to supply 35 purification stations for truck rest stations along 10,000km of highway in the province of Hubei.

Notwithstanding an accounting issue related to Argentina’s hyperinflation, Fluence reported calendar 2018 revenue of $US101.1 million, up 74%. The company also reported an ebitda loss of $US8.1 million, compared with the combined RWL-Emefcy loss of $US35.7 million previously.

Charrabe says Fluence was profitable at ebitda level in the first and second quarters and expects the company to be “sustainably profitable” by the December quarter of this year.

Fluence has no balance sheet debt and cash of $US38.2 million, having raised $US36.5 million in a share placement and share purchase plan last October.

But this month it drew down $US2 million of a $US50 million debt facility provided by Generate Capital, to fund a build-own-operate-transfer desalination plant at a resort in the Bahamas.

Despite the lowly share price, Charrabe says the ASX listing has worked well and the company has no immediate plans to dual list on an exchange such as the Nasdaq.

“We also have a challenge because while Australia has a strong knowledge of water scarcity, the water investment theme is not well known.”

Despite the supposed difficulties faced by US institutions investing in ASX entities, more than half of Fluence shares are held by US entities.

“I cannot force someone to buy the stock but I can make sure the company does what it said it would do,’’ Charrabe says.

“Management’s number one goal is to execute and perform. I think we have done that and more than that.”

In terms of ASX comparisons, Fluence is most similar to Phoslock, which has developed its own patented know-how to bind excessive phosphorous and thus prevent algal blooms.

With two offices and a factory in China, Phoslock has emphasised Middle Kingdom opportunities, although the company provides services to 250 water authorities across five continents.

Phoslock reported December half revenue of $9 million, up 9% and a $1.6 million net profit.

Having just changed to a calendar year balance date, Phoslock expects 2019 revenues of $27-30 milloon and a pre-tax profit of $6-8 millon.

While a smaller business to Fluence, Phoslock’s $210 million market cap rivals that of its New York counterpart. The company has $13 million of cash and is debt free.

But after what CEO Andreas Kroell dubs a “stellar” 2018, maybe De.mem is not going down de gurgler after all.