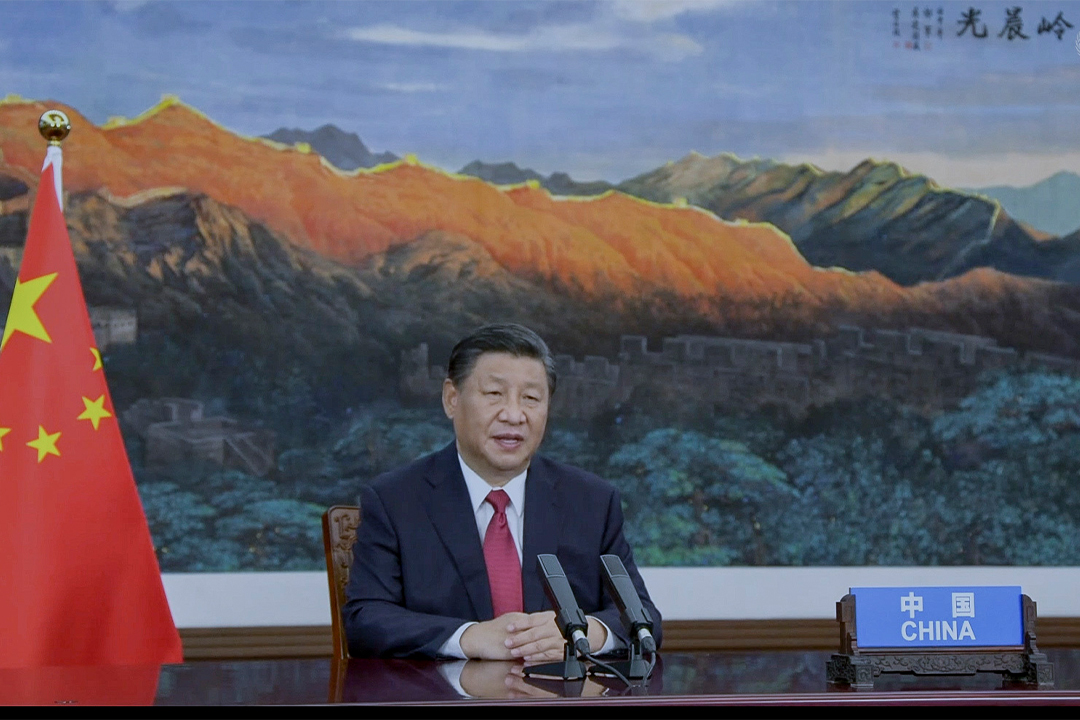 Chinese President Xi Jinping faces a delicate balancing act of reducing the debt and fossil fuel emissions of the world’s second-largest economy, home to 1.4 billion people, 40% of whom earn just $USD155 per month on average. This comes after the Chinese central bank spoke of the Evergrande crisis last Friday, assuring that the risks imposed were “controllable”. According to a Bloomberg report: "While it’s important for Xi to assert his authority ahead of next month’s plenum and next year’s Party Congress -- a twice-a-decade leadership reshuffle at which he’s expected to secure a precedent-breaking third term -- any economic downturn that leads to social unrest risks weakening his grip on power. Slowing the pace of change in key areas would allow Xi to ease immediate pressure without altering his broader plans to remake China’s economy”.

A drop in energy share prices such as crude oil has eased pressure on the S&P 500, which moved up another 0.3%, with the Nasdaq gaining 1% as it still rides the coattails of last week’s release of many corporate earnings and economic reports. The drop in commodities prices has led to the rally in the US as senior financial markets analyst for City Index, Fiona Cincotta explained to Bloomberg: “Rising commodity prices - particularly oil prices, which only appear to go in one direction at the moment - are boosting expectations of high inflation becoming more entrenched and a sooner move by the Fed to raise interest rates”. Despite this, ASX futures were down 26 points or 0.3% to 7331.

In speaking on the push back to the 2050 net zero roadmap, Deputy Prime Minister and leader of the National Party Barnaby Joyce says his party is simply “representing the views of the ‘energy-intensive’ blue collar workers of regional Australia,” reports The Australian. Joyce has denied allegations that the Nationals are “holding the government to ransom” although maintains that his party will not be silenced on the topic of net zero.

The former US Secretary of State and retired four-star general Colin Powell was admitted to Walter Reed national medical center in Bethesda, Maryland after contracting Covid-19, where he passed away. Powell “was fully vaccinated against coronavirus but had a compromised immune system having been treated for blood cancer,” reports the Guardian.

The news that the US Securities and Exchange Commission will not oppose investment company ProShares’ Bitcoin Strategy ETF (BITO) has contributed to a rally for the leading cryptocurrency to $US62,563 on Monday AEDT, just shy of April’s record high of $US64,863. The AFR notes that: “ProShares’ exchange-traded bitcoin fund will trade futures contracts on the Chicago Mercantile Exchange (CME), which is registered with the Commodities Futures Trading Commission (CFTC). It will not own bitcoin directly, but will seek to track front-month bitcoin futures contracts”.