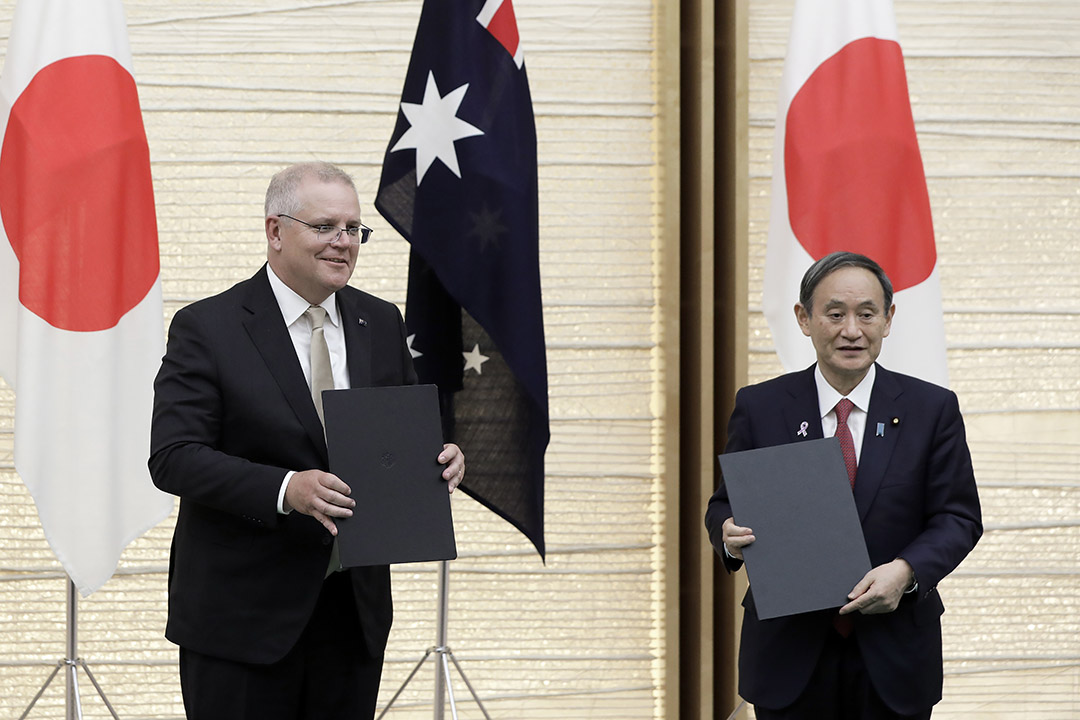 The Treasurer will set the major financial regulators in his sights in a speech at The Australian Financial Review Banking & Wealth Summit today. According to quotes published in advance by the AFR, Frydenberg will say regulators "must pursue their mandates in a manner that is consistent with the will of the Parliament" and that "it is the Parliament who determines who and what should be regulated. It’s the role of regulators to deliver on that intent, not to supplement, circumvent or frustrate it".

Prime Minister Scott Morrison and Japanese Prime Minister Yoshihide Suga have agreed in-principle to a new Reciprocal Access Agreement (RAA) that will allow for defence training and joint operations in each other's countries. Described by Morrison as a "a pivotal moment in the history of Japan-Australia ties", the agreement will mark the first time in 60 years that Japan has agreed to allow foreign defence personnel to operate in its territory.

Tesla's share price rose over 8% on Tuesday following an announcement late on Monday local time that the electric carmaker would be added to the S&P 500 on December 21. Bloomberg noted that this is the biggest company to be added to the index ever with a market cap of US$418.6 billion.

The rights to Taylor Swift's first six albums have sold for more than US$300 million according to a report by Variety. The album masters were purchased by Shamrock Holdings, a private equity firm owned by the Disney family.

5. US indexes fall back from record highs