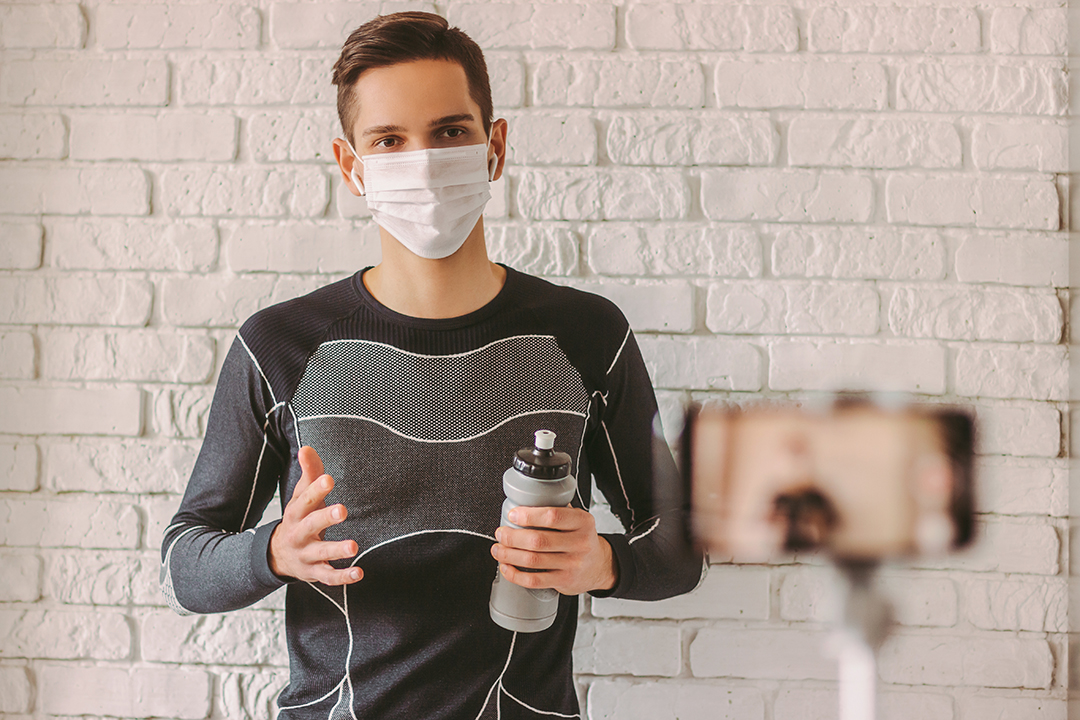 One positive of a global pandemic, no matter how skeptical you are, is that our humanity always comes out in times of crisis. And because the entire globe is experiencing this pandemic together, our creativity and generosity is mostly flourishing – post toilet paper shenanigans! This means people are thinking in ways they haven’t engaged with before, and this ‘thinking outside the box’ mentality has resulted in several industry innovations. Here are a number of innovative things that businesses are doing:

When ScoMo announced closures of gyms and indoor sport venues to reduce the risk of coronavirus spread, people took to the outdoors to get their workouts in. As of March 29, the Prime Minister updated isolation measures to limit outdoor gatherings to groups of two, with one of the exceptions for going outside being exercise. Though, many activities have had to get innovative.

Outdoor one-on-one personal training is still permitted, but outdoor gyms and exercise facilities are closed. For exercise businesses like martial arts classes, ballet classes and regimented training schedules, many of these businesses have adapted their classes into an online environment.

Australian Martial Arts Academy is one business that has adapted its classes onto the livestreaming platform Zoom.

“The Zoom platform was a great way to keep our members progressing, to keep familiarity of routine and community, and to help them keep health a positive priority,” said head instructor Sarah Perkins at Australian Martial Arts Academy in Sydney’s inner-west.

“The response has been so positive with members loving the option that they can continue training either in their own time with recordings or with real time feedback and class schedules like they have always done. This being said, like every other business in the community, there are many who have been unable to keep up their membership despite options for discounts to support those in need. We will continue to innovate, improve and provide our service for those in the community who ask for it”

These online platforms have opened up a number of opportunities for online businesses, such as online training regimes or “at home” workouts. Platforms like “Yoga with Adriene”, which is an online yoga course that is free on Youtube has grown in popularity during times of isolation.

With restaurants and cafes permitted to operate as “take away only”, order and delivery apps have increased in demand.

Apps like “Hey You” allow patrons to place their orders at their favourite cafes and restaurants, to eliminate person to person contact when ordering. They can then pick up their food or drink order from the restaurant or café, but limiting contact during the ordering process and shortening the pick up process decreases the risk of virus transmission, while allowing businesses to continuing offering their services and keeping the economy going.

Local café in Sydney’s south, Cup and Cook, closed their doors on March 22 and decided to reopen one week later after planning a safe takeaway strategy that would best serve their customers and staff.

“We are truly blessed by the community that surrounds us. They have adapted so well to our new takeaway system via the Hey You App and are all practicing social distancing when picking up their coffee and food. We had the app prior to the on-set of Covid-19, so we already had a number of customers using it, we have seen the usage of the app double since we reopened,” said Cup and Cook owner, Bianca.

Delivery apps like Deliveroo and Uber Eats have also seen an incline in demand, with Deliveroo releasing a statement on March 25 boasting a 435% jump in restaurant sign ups over the last week, compared to the two-week period prior.

Deliveroo has seen almost 1,700 new restaurants join the platform in the past month, meaning more restaurants will be able to extend their services through delivery.

"We are here to support our restaurant partners to digitise their businesses and adapt quickly to this new world. The strong message that we want to send to the public is that the Australian restaurant sector is still open for business. Please support your local restaurants - this is the time when we all need to come together as a community to support each other,” said CEO of Deliveroo Australia, Ed McManus.

Universities and a number of schools have implemented an online learning approach since coronavirus isolation precautions took place. The majority of classes are taking place via ‘Zoom’, which is a group livestream service.

Though, the chief executive of Catholic Schools NSW, Dallas McInerney, voiced concerns that “the incidence of a ‘digital divide’ is evident, geographically and socially. To mitigate against these equity issues, I urgently seek confirmation that all Catholic schools will have full access to the government’s infrastructure and resources for online learning.”

A Year 11 student currently partaking in online lessons said, “I’m finding it okay. It’s obviously not as productive as being in the classroom. There are way more distractions and it’s way more tempting to pick up my phone.”

Online shopping isn’t necessarily a new innovation but many retail businesses are using the  opportunity to launch new online platforms.

Beauty giant Mecca, for example, has launched an interactive newsletter called ‘Mecca Live’, which offers daily updates on products and conversations in the world of beauty and makeup, and additional virtual services like beauty consultations via FaceTime.

With bars, restaurants and public areas closed, singles have really had to get creative with their dating options – and thankfully the option they’ve found is perfectly within isolation constraints!

Dating apps like Tinder, Hinge and Bumble have seen an upsurge since isolation measures have been put in place worldwide. From March 12-22, dating app Bumble recorded a 21% increase in sent messages in Seattle, a 23% increase in New York City and a 26% increase in San Francisco, according to CNBC.

Match Group, which is the umbrella company for a number of popular dating apps including Tinder, Hinge and Bumble, have adopted new app features to promote dating in isolation. Match Group has launched a ‘Dating while Distancing’ hotline, with the company’s dating experts offering free advice and assistance for users 12 hours a day.

Tinder has also launched a “Passport feature”, where users can match and communicate with people all over the globe. The feature is free until April 30.

It is officially illegal to hang out in groups of more than 2 in Australia, so instead of committing to a life of introversion, people have decided to shed some positivity onto a life of isolation through social apps.

Social networking app, House Party, has grown in popularity, despite launching in 2016, and is now #1 on the App Store charts in Social Networking. The app allows users to add friends and video chat each other, while other friends can jump in and out of conversations and play games. The app allows up to 8 people in a chat room, and has become a supplement for the classic Saturday night house party with users sharing a glass of red over the app and keeping their spirits high.

Most social activities have been adapted into an online environment, including going to the cinema. With ‘Netflix Party’ being another popular app during quarantine. As the name suggests, Netflix Party allows users to watch a movie on Netflix together, while adding a side chat bar for friends to share comments while they watch.

With more and more tech innovations allowing an avenue for almost everything to be conducted from home, people around the globe are adhering to social distancing measures in a responsible and positive way.

Online environments and social media platforms are creating communities and bonding opportunities to make people feel less isolated, while encouraging them to stay home without any ‘FOMO’ (fear of missing out).

There is light in every situation, and human beings across the world are deciding to adapt to this new world order by searching for positives and taking the loneliness out of isolation

The importance of integrating health and wellbeing into your next event
What’s loyalty got to do with it?
Why can’t employees just go back to their offices?
Will the future of work be part office, part home?
Accounting & insurance broking companies pumped by Covid