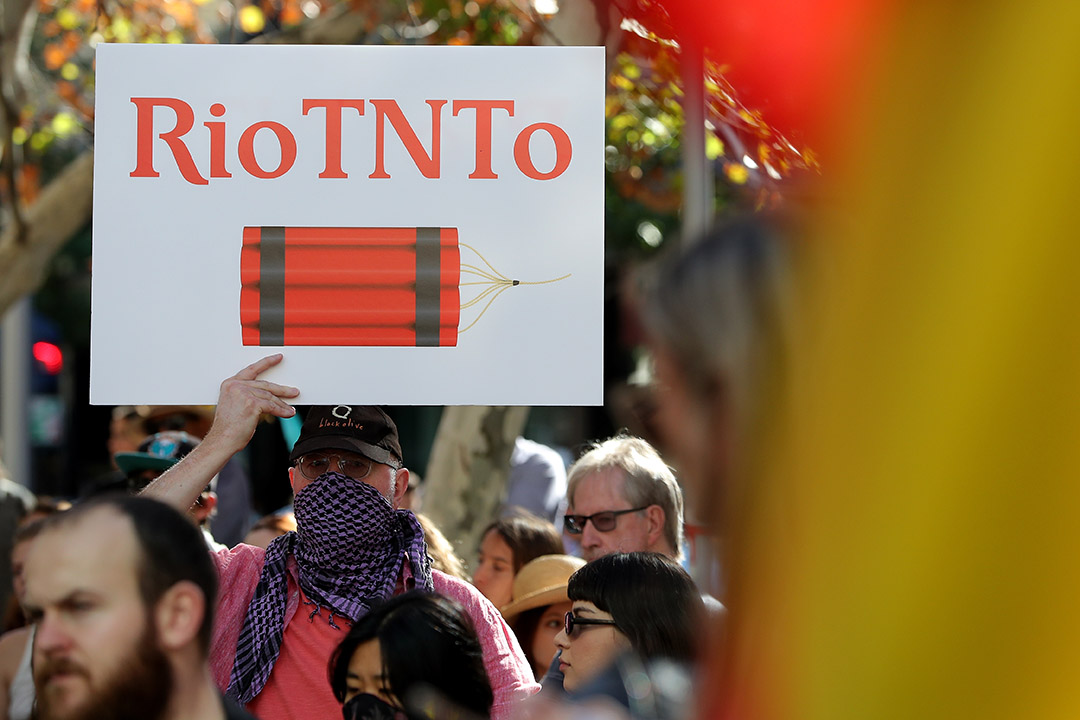 Could young investors kill the share prices of BHP and Rio?

Deloitte’s 2019 Millennial Survey found “only 37% of millennials believe business leaders make a positive impact on the world, and more than a quarter (26%) said they don’t trust business leaders as sources of reliable and accurate information.”

Hanna Hiidenpalo of Elo Mutual Pension Insurance Company (a $US26 billion fund) told the AFR on June 16 that securities that meet environmental, social and governance standards have proved a better bet so far in the COVID-19 climate than those that don’t.

As pointed out in the Kaplan Professional’s “Business, Human Rights and the ‘S’ in ESG” study:

Rio Tinto and BHP are two ASX-listed companies considered blue-chip companies in Australia. A number of fund managers and advisers refer to these two stocks as quality, long-term stocks that are safe and will grow over time.

However, they’ve both made headlines over the past few weeks, because of their plans and actions to destroy sacred Aboriginal sites to extract iron ore.

Iron ore is one of Australia’s “bright spots” in the resources/commodities space. It is Australia’s largest source of export revenue, worth $63 billion in 2017. In the COVID-19 climate, Australia is expected to remain one of the biggest suppliers of iron ore in the world.

“Chinese economic activity, which represents over 60% of global iron ore demand, has recovered and is now accelerating with stimulus targeted towards steel-intensive industries,” said Luke Smith of Ausbil Global Resources Fund. And it comes as Brazil struggles with the Coronavirus affecting supply from Vale — the world’s largest producer of iron ore.

Rio Tinto was the first to come under fire, deciding to blast the 46,000-year-old Juukan Gorge caves (an Aboriginal heritage site of significance to the Puutu Kunti Kurrama and Pinikura (PKKP) people) days before National Reconciliation Week and as the global Black Lives Matter movement was getting international attention following the death of George Floyd at the hands of arresting police in Minneapolis.

Rio’s iron ore boss, Chris Salisbury, apologised for the distress caused shortly after. “We pay our respects to the Puutu Kunti Kurrama and Pinikura People (PKKP), and we are sorry for the distress we have caused. Our relationship with the PKKP matters a lot to Rio Tinto, having worked together for many years,'' he said.

According to the AFR, Rio had been negotiating over this site with elders for 17 years but claimed the opposition of Aboriginal groups “did not arise” until after they went ahead with the project. The Guardian reported that Ministerial consent to destroy Juukan Gorge was granted in 2013 but in 2014 archaeologists discovered a 28,000 year old tool, a 4,000 year old belt made of human hair and other incredible findings from the direct ancestors of the Puutu Kunti Kurrama and Pinikura traditional owners. However, the Aboriginal Heritage Act did not permit renegotiations.

On 15 June 2020, the AFR then reported that an internal “town hall” meeting for Rio Tinto staff revealed a lack of remorse from Salisbury, who acknowledged Rio would not “apologise for the event, per se, but apologise for the distress the event caused.”

Salisbury continued, saying it was “quite galling…because we are recognised as one of the leading resources companies in this field,” and assured he had “engaged with lots of stakeholders and…quietly, there is still support for us out there.”

When The Guardian Australia, which appeals to a young audience, reported on the Rio Tinto scandal, their resident cartoonist depicted a very emotive representation of the incident.

“What else was in this remarkable cave, this cave like no other on earth? We may never know. It was destroyed so Rio Tinto shareholders could buy another jet ski,” wrote The Guardian.

So does this leave a distaste in the mouths of future investors, millennials and young Australians who will one day steer the future of the stock market and the economy? More specifically, how do young women with increasing wealth perceive the stock market when shareholders are subject to this positionality?

Switzer took to the streets and asked a number of Australian females under the age of 30 these questions. The majority expressed they would want to invest in the stock market but say they would not invest in Rio Tinto due to the Aboriginal caves scandal. Only a handful of these women actually own shares.

Since the Rio Tinto scandal, RIO’s share price has risen. This group of young Australian women were asked whether this piece of information deters them from the stock market.

“It does make me wonder what type of people invest in the stock market and whether a company that produces renewable energy or a company that is environmentally friendly would get the same level of attention,” said one young woman.

“This doesn’t deter me from investing in the stock market. It makes me more aware of the possible activity that a company could be involved in. This encourages me to do more research before I invest,” said another.

“As a younger investor starting out, I’m conscious of the impacts my choices of investing can have, environmentally and socially. I would want to look at the history of Rio and if they have a record of environmental degradation, which would strongly make me reconsider as this does not align with my values,” said one woman.

Another made the interesting point that “maybe now is a good time to invest in more ethical companies and hopefully in the future as people realise we need to take immediate action on climate change, they will be more popular than mining companies and we will have bought in at a good price!”

Amidst the Rio Tinto chaos in late May 2020, Western Australia’s Aboriginal Affairs Minister Ben Wyatt gave approval to BHP, another blue-chip mining corporation, to blast 40 Aboriginal sites in the Pilbara region, belonging to the Banjima people. This was just three days after Rio Tinto blasted the Juukan Gorge.

After this news was revealed, BHP released an emergency statement pledging to not interfere with the sacred sites until it had consulted with the Banjima people.

“That consultation will be based on our commitment to understanding the cultural significance of the region and on the deep respect we have for the Banjima people and their heritage,” BHP said. “This relationship is of fundamental importance to our organisation.”

BHP said they will conduct further research and scientific study, proposing a framework for traditional owners to identify, map and agree on the areas that are of greatest protections. BHP’s share price has also risen after this incident.

Though, in 2019 long before the Aboriginal caves scandal, BHP was divested by global asset managers ‘AXA Investment Managers’. The global company released a statement saying “BHP maintains memberships of industry groups that lobby for policies which are inconsistent with the Paris Agreement on climate change” and “its investment portfolio as its current coal production levels do not meet our enhanced climate policy adopted in 2019”.

“Nevertheless, we used our last remaining voting position in the company’s shares to support a shareholder resolution urging BHP to leave such lobby groups….Approximately a fifth of investors supported the resolution,” said AXA IM in 2019.

So are these blue-chip companies really under threat?

With a large number of young women, with increasing wealth, eager to invest in the stock market, but this same number deterred from investing in “unethical” stocks, it’s quite plausible that the longevity of our traditional blue-chip stocks could be under threat and this is something fund managers looking for future growth should heavily consider when recommending long-term stocks. Particularly with 1 in 4 millennials saying they “don’t trust business leaders” according to Deloitte’s 2019 Millennial Survey.

It’s likely the blue chips we know still have a few more lifetimes in them, but a number of experts say it’s worth relooking at what future growth means for our ever-changing world. And it suggests that ethical funds that rule out businesses behaving badly, could become the flavour not of the month but forever!