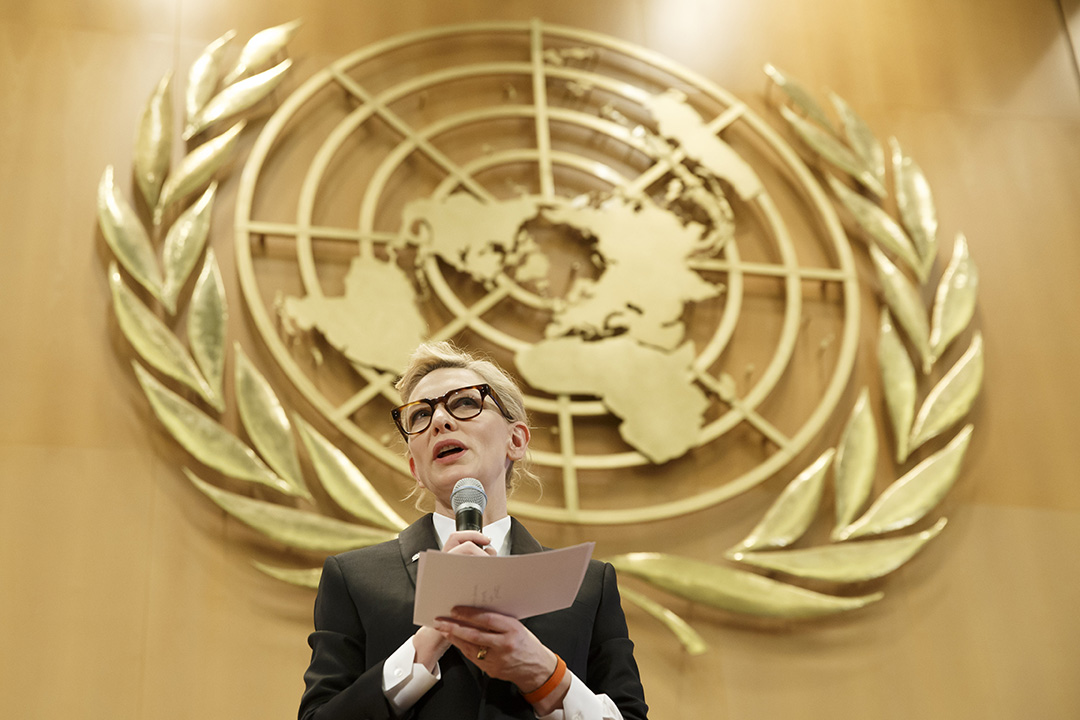 A $300 million leadership lesson from the charity sector

The global refugee crisis is the biggest humanitarian crisis of our time, with latest figures showing 71 million people forced to flee their homes from war, conflict, persecution, and climate disasters in 2018 alone. Eighty per cent of this staggering number are women and children, and over half the refugee population come from just three countries: Syria, Afghanistan and South Sudan.

The refugee story is one that may resonate with many Australians, as so many Aussies have origins in another country and worked hard to forge a new life. Refugees who have been resettled in Australia are some of our local business owners, colleagues, classmates and community members. They are the shop owners who turned local butcher shops into multinational exporters through hard work and opportunity. They are the CEOs who found a way to educate themselves and achieve success. They are the hard-working parents who serve their families for the opportunity to contribute to ‘Team Australia’ – a term that has ramped up in use during the COVID-19 pandemic. One word is a constant throughout all these circumstances – opportunity.

Michael Dwyer is the Chairman of Australia for UNHCR and the former CEO of First State Super, which is one of Australia’s largest superannuation funds. He believes it is becoming increasingly difficult to adopt a “not in my backyard” culture, particularly in this COVID-19 climate.

“I don’t think anyone expected COVID-19 to happen the way it did, but didn’t it show us all how small the world really is and that we truly are a global community?” he said.

“We’re a nation built on migrants like the Frank Lowys and Les Murrays of the world – there’s a whole range of people who have made great contributions to the countries they’ve eventually settled in. That’s the way we need to look at it. Not as an imposition but an opportunity. An opportunity to help people and an opportunity to enrich our own country.”

As Michael pursued success in the finance sector, he always felt like he should be doing more, but when he was approached by Australia for UNHCR’s National Director, Naomi Steer, to join the board he was initially hesitant because he felt he “didn’t know enough” about the refugee crisis.

Naomi persisted, saying “a lot of people in the finance and superannuation sector are probably looking for some leadership in terms of what [they] can do to assist with a problem that doesn’t normally come up on [their] radar.”

Michael saw just how right Naomi was when players in the finance and superannuation industry really started to respond to calls for action and stepped up in support of displaced families and children.

In fact, she was so right that in 2019 alone, Australia for UNHCR had 90,000 donors contribute $33 million to the UN Refugee Agency’s (UNHCR) work assisting and protecting refugees and internally displaced people in over 134 countries.

Since Australia for UNHCR launched in 2000, over $300 million has been raised for UNHCR.

“Australians are very, very generous people – we’ve become one of the top 10 private sector donors to UNHCR in the world and when you think of the size of our population, that’s a magnificent achievement and shows that everyday Australians, teachers and nurses, young and old, small businesses owners, the financial sector and many others have all given to the cause.”

With his wealth of experience in the superannuation sector, Michael identifies certain similarities between running a company like First State Super and running an NFP like Australia for UNHCR.

“The transfer of skills and why you get people from my previous sector (superannuation) being so willing to become both donors and involved supporters is they understand the important issues that impact globally.”

Since his appointment as Chairman of Australia for UNHCR, Michael has visited a number of crisis situations. In 2016 he travelled with Tony Shepherd, former President of the Business Council of Australia, and Innes Willox, CEO of the Australian Industry Group, to the Syrian borders of Turkey and Lebanon – meeting with Syrian families who were fleeing their homes in search for safety. The conflict in Syria is still raging, coming up on 10-years since it first broke out. Over 12 million Syrians have been displaced and lost everything in this time – nearly half the Australian population.

“When you can get people from the business world interested enough to go to these places and be inspired to persuade other businesses and corporates to get involved – that’s the transfer of expertise we need to really make a significant difference,” he said.

“Tony Shepherd came back and said it was a life changing experience for him.”

“I sat in those tents with him to hear their stories, and very often it was someone who had been university educated, and they could actually see their country’s border. When you’d ask them what they want they’d point to their land and say ‘I want to go over there, where I had a lawn, I had a car, I had a house,’” he said.

“There’s so much disaster in the world and people see it so often, they become desensitised, and that’s why I’m so pleased when we can get businesspeople becoming supporters, donating funds and going to visit these places and people to understand for themselves the scale of what’s happening.”

What can you do to help?

Australia for UNHCR raises awareness and funds for UNHCR’s emergency response – meaning teams can be on the ground within 72 hours of a crisis to provide safety and protection to families and children who’ve been forced to leave everything behind.

Find out more on Australia for UNHCR’s crisis appeals and campaigns here.

How can I support World Refugee Day 2020?

World Refugee Day is acknowledged every year on June 20.

Funds from the event will go towards UNCHR’s coronavirus response, ensuring refugee settlements and communities are prepared and protected from COVID-19.

Date: Thursday 18 June
Time: 4pm – 5pm AEST
Virtual Corporate Table: $3,000, which includes 10 tickets for your team, a $2,400 tax deductible gift, and your logo featured during the event.
Individual tickets: $60 each

Your contribution matters – a final message from Michael Dwyer

“Something like COVID-19 can spread throughout the world so quickly, and also have the world respond in the way we have seen. Australians have shown they truly care and want to help people in need regardless of where they come from. Every action counts – we’re all in this together.”