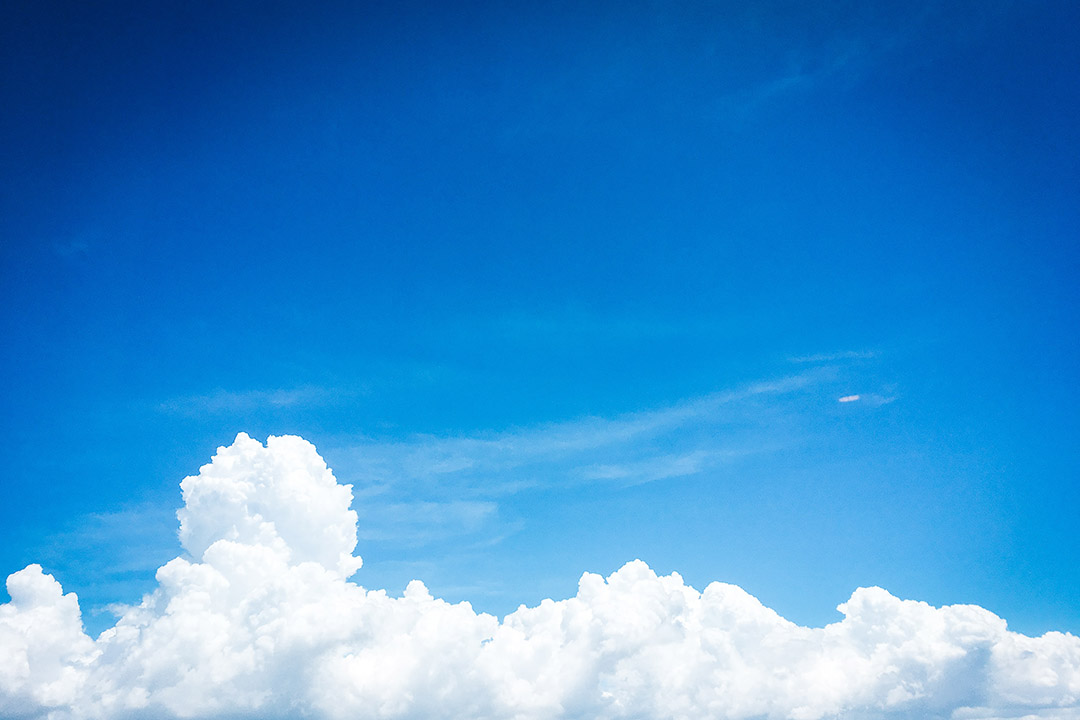 Share markets were buffeted by concerns about higher inflation and rising coronavirus cases over the past week. US shares fell 1% through the week. However, Australian shares gained 1% benefitting from the rally in US shares at the end of the previous week. The gain in Australian shares came despite bad news on lockdowns and was led by utility, material, retail and industrial shares. Bond yields continued to fall. While iron ore prices rose, metal prices fell as did the oil price as OPEC and the UAE closed in on a deal to boost production. The $A fell as the $US rose.

Being stuck in a lockdown it’s nice to find upbeat songs. Being a big fan of Jeff Lynne and ELO after he worked with George Harrison on Cloud Nine, I love Mr Blue Sky. Maybe being a relative optimist, I am naturally attracted to it. Recently I discovered One Summer Dream which is a classic very thoughtful summer song from ELO. In fact, it was the B-side of Mr Blue Sky. The original of One Summer Dream had backing vocals by Ellie Greenwich a Brill Building songwriter who with partner Jeff Barry and Phil Spector wrote Da Doo Ron Ron, Then He Kissed Me, Be My Baby and a whole bunch of other classics.

Anyway, on to markets and ground hog day with coronavirus…we continue to see the fall back in bond yields as part of a correction against a rising trend in yields that will resume as global recovery continues. Shares are at high risk of seeing more weakness in the short term as coronavirus cases rise, the inflation scare continues and central banks become less dovish and as we come into the seasonally weaker months for shares around August/September, but the rising trend in shares led by cyclical trades is likely to resume into year-end and continue through next year as rising vaccination allows the economic recovery to continue at the same time that interest rates and bond yields remain low.

The inflation scare continued over the last week with blow out CPI reports in the US, UK and NZ and similar for producer price inflation in the US and Japan, but it still looks mostly transitory. Just 5 pandemic/reopening distorted items (covering vehicles, vehicle rental, airfares and hotels) covering just 12% of the core CPI drove 75% of its increase. The 45% increase in used car prices over the last year alone accounts for one third of the rise in core inflation. The other items rose just 2%yoy and median CPI inflation is just 2.2% year-on-year suggesting that it’s still not very broad based. And outside the US there is not a lot of evidence of pass through of high producer price inflation to consumers.

The latest wave of new coronavirus cases globally is continuing to build, with the more contagious Delta variant adding to the risk. This has the potential to further unnerve investors – but the key is what happens to hospitalisations and deaths in countries that are well down the vaccination path.

Lowly vaccinated countries have little choice but to tighten restrictions and lockdowns in order to keep pressure off hospital systems and minimise deaths and this is what we have been seeing throughout Asia, South Africa and elsewhere. Of course, Australia is in the same boat.

But it’s a different situation in the more vaccinated UK, US and Europe. The UK is now seeing new daily cases over 30,000 (up from a recent low of 1600 a day), the US is over 25,000 (up from 12,000) and Europe nearly 100,000 (up from 40,000) - all of which make Australia look like a non-event population adjusted or not! Of course, this poses a significant risk in that these countries are still below herd immunity and the vaccines are less effective in preventing Delta infection. So, it risks causing concern particularly amongst the young and in lowly vaccinated (mostly Red) US states, and this will likely see some restrictions remain/reinstated (like masks in LA)

However, while it would be desirable to have waited for 70-80% vaccination before fully reopening, the risk of a return to severe lockdowns and a derailing of the recovery in more vaccinated countries is low compared to previous waves. First, various studies show that the vaccines are highly effective (ie, 90% plus) against serious illness necessitating hospitalisation even with the new variants. Second, most older more at risk people have been vaccinated. So far hospitalisations and deaths have been edging up but remain low in the UK, US and Europe and this remains the key to watch going forward. While deaths lag new cases, note that deaths don’t seem to be following their past relationship to new cases in the chart below for the UK which is a good sign.

Being relatively lowly vaccinated means that Australia has little option but to implement distancing and lockdowns to control the spread of coronavirus to limit pressure on the hospital system and prevent deaths following the latest outbreaks. “Learning to live with coronavirus” in the absence of high levels of vaccination will just mean “learning to die with it” and the consequences of long covid. The experience since November tells us that lockdowns that are hard and start early when new cases are running around 1 to 10 a day are successful and can end within two weeks with minimal economic impact. Whereas lockdowns that start later take longer to work with higher economic and health costs. And there is now academic support for this. This is particularly likely to be the case with the Delta variant,

Consistent with this the Sydney lockdown started relatively late in terms of new daily cases (averaging around 20 a day over the 3 days up to the start of the lockdown) and has been relatively light as far as lockdowns go. It has already been extended again taking it to five weeks and been tightened even further (with tighter travel restrictions in south-west Sydney, the closure of non-critical retail and a “pause” in non-urgent construction). While there are some positive signs - with the positive testing rate and new cases not isolating while contagious down from their peak a bit - it’s way too early to say the worst is over and there is a high risk that it will have to be extended again.

Victoria back in lockdown

Victoria has also gone back into a hard lockdown after having seen a rise in cases spread from NSW – but having started when new daily cases were running at 10 and being harder (with non-essential retail closed) it should hopefully be shorter than that in NSW and so impose a smaller economic cost. Our rough estimate is that it will cost about $700mn if it runs for five days as planned, but given the number of new cases it looks like it will be extended.

The economic impact of the lockdowns is evident in our Australian Economic Activity Tracker remaining down from recent highs but it’s not seeing the precipitous collapse seen going into April last year and in fact rose slightly in the last week because other states are providing an offset to NSW and businesses and households have found more ways to work through lockdowns. That said with NSW’s lockdown being extended and Victoria going back into lockdown we may see further softness in the week ahead.

We are now assuming that the Greater Sydney lockdown will last seven weeks. So at a cost of around $1 billion a week it will cost the NSW and hence Australian economies around $7 bn. To this must now be added the latest Victorian lockdown which we are assuming will be extended a few days beyond the planned five days and cost around $1 billion. Adding in all the lockdowns since late May it means a cost to the economy spread across the June and mainly September quarters of around $10 billion. Government income support costing more than $0.5 billion a week – basically JobKeeper lite entailing payments to businesses contingent on them maintaining their workforce and payments to workers similar to what they would have received from JobKeeper late last year – will help soften the blow but will mainly serve to help keep the economy resilient so it can bounce back quickly once the lockdowns ends.

How will the Australian economy fare?

Assuming other states keep growing (including Victoria beyond its current lockdown) and NSW rebounds through September helped by pent up demand and the lagged impact of support payments, the extended lockdown will likely flatten GDP growth this quarter (we were assuming growth of 1%qoq) and risks sending it slightly negative. Allowing for a solid rebound in the December quarter this will likely push GDP growth in Australia through the year to the December quarter down to around 4%yoy from our previous forecast of 4.75%. The hit to the NSW economy could push unemployment up temporarily from 4.9% currently, but it would likely quickly resume its downtrend later in the year and through next year, albeit it may not be below 5% at year-end as we were expecting. A further extension of the Sydney lockdown and further Delta outbreaks across Australia are a key risk. Although having seen the impact on Sydney, other states are likely to be extra cautious in making sure they don’t see the same (witness Victoria’s rapid response in the last week) – which means the risk of early snap and short lockdowns but averting longer economically debilitating lockdowns like that seen in Sydney. Beyond the next few months there remains reason for optimism as vaccination picks up ultimately enabling a more sustained and confident reopening through next year. This combined with significant pent-up demand and an even higher level of savings after the Sydney lockdown along with ongoing fiscal stimulus and ultra-easy monetary policy will likely result in compensating stronger growth in 2022.

Australian economic data was mixed. Jobs data was strong in June with unemployment falling to a 10 year low of 4.9%. Normally this would have boosted talk of earlier RBA rate hikes but dated now with the NSW lockdown likely to depress this month’s jobs report. Meanwhile, business conditions and confidence fell in June in response to the Victorian lockdown, but consumer confidence surprisingly rose in July as depressed confidence in NSW was offset by strength in other states.  Ongoing lockdowns are likely to depress confidence in the near term, but providing they are relatively short and given government income assistance and greater familiarity with lockdowns its likely to hold up reasonably well. Both business and consumer confidence remain reasonably strong. Finally, new home sales rose in June and remain strong.