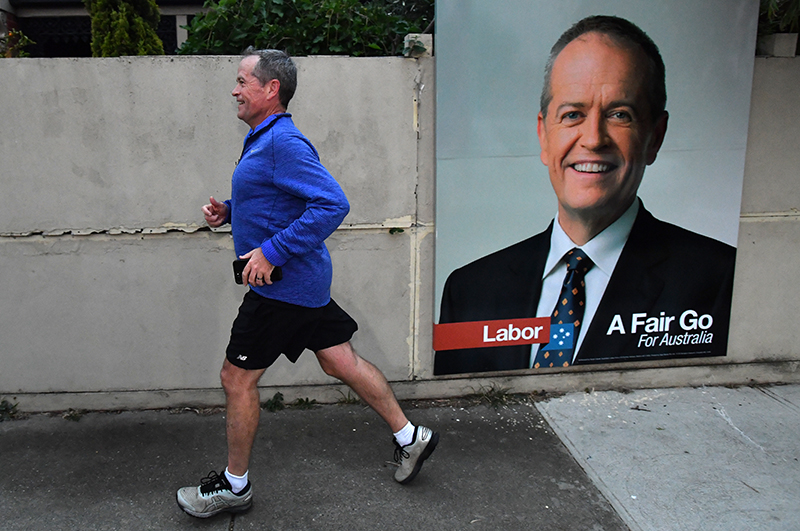 You've got to hope Bill Shorten isn't a liar

There are four more Saturdays until we choose between Scott and Bill as our national leader for the next three years and the latest word from the bookie’s favourite (i.e. Shorten) is that Labor will work with business “but not for it.”

And in an exclusive interview with the AFR today, he says he won’t be pushed around by the trade union movement.

When you read this, you have to hope that Bill isn’t a liar because there’s a fair bit of fear that Bill’s dancing to a tune being played by Sally McManus, who’s one of the toughest ACTU bosses in living memory.

To date, Bill has looked like he has been influenced by the trade union movement with his policies on penalty rates, superannuation, the ban on retirees receiving a tax refund from investments and negative gearing all having favourable implications on trade union-related interests.

I was thinking about penalty rates yesterday when I saw a lot of cafes closed in a tourist town in the Blue Mountains outside of Sydney. And Bill’s play to restore penalty rates is clearly pleasing the unions and the half million workers apparently affected by the changes.

And for a politician, 500,000 potential voters is something few could ignore. But this is hardly an example of a leader working with business. I researched the changes to penalty rates wondering why so many businesses were not open after the Anzac marches were over.

One publican I talked to last night said “business was good but the 225% penalty rates take a bit of the cream off the cake.”

To super and many of Bill’s policy ideas have a positive impact on industry super funds, which are overly dominated by the trade union movement. I must reveal a conflict of interest because I like industry super funds and have often written how well they’ve performed and their costs are very fair.

However, they have lost well-heeled customers to self-managed super funds in recent years, who often took the simple option to buy dividend-paying stocks. These generated a tax refund via the franking credits and meant lots of retirees were better off taking this option rather than being in an industry or retail (i.e. banking or insurance company) super fund.

If these tax refunds are denied to self-funded retirees not receiving a pension, they could easily just say “this is becoming too hard, so I’m going back to Australian Super.” Bill is doing industry super funds an enormous favour with this policy.

Bill will also kill borrowing inside a super fund, which means those Aussies who don’t trust stocks as a retirement vehicle and instead borrow to buy property will be denied this option. This will be a plus for industry super funds as well because if a stock-hater can’t buy property, then he/she will probably rely on a professional to pick the shares they’ll have to risk their retirement with.

Bill’s negative gearing policy, which is bound to discourage property investors opting for real estate plays, and is also bound to help buyers over sellers of bricks and mortar assets, will again be a boost to industry super funds.

You see, over the years when dinner party friends or family asked me how they build their wealth, I’d say that if they pay a lot of tax, then maybe an investment property could be considered.

I’ve always liked paying off the loan on a principal property because it was long run tax-effective because there’s no capital gains tax on your home (yet!). I liked adding more to super via salary sacrifice because it’s tax-effective and so are investment properties currently for the same reasons.

Sure, you still have to buy good capital-gain assets but being a landlord often paid off nicely. If you make property investing less attractive, it’s good news again for industry super funds.

And while on capital gain, as Bill is reducing the capital gains tax discount from 50% to 25%, it makes buying assets that grow in value less attractive after January 1. As alternative investments to super become less tax-effective, I’ll could be telling friends, family and clients that super is their best bet.

Of course, the private sector won’t lay down and be screwed. Financial institutions and financial advisers will have to create better products to compete with industry super funds, which is great for consumer/super trustees. So Bill’s black cloud might have a silver lining for some.

As you can see, Bill has already done a lot for trade unions so his ‘promise’ that he won’t be pushed around by them as PM might be because he’s tired of being pushed around already.

To date, Bill has said tax relief for small business will match the Coalition’s tax cuts. But to date, his credentials as a champion of the sector haven’t been historically memorable. However, here are his offerings ahead of the May 18 poll:

So that’s the pre-election pitch and I guess it’s only sensible for me to repeat: “I hope Bill’s not a liar.”