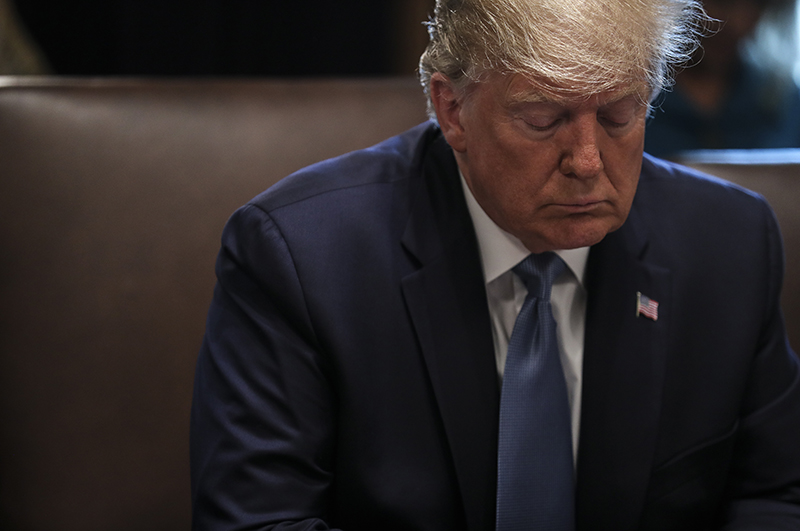 Three events with the fingerprints of US President Donald Trump all over them could send the stock market up or down in coming weeks. At this stage, despite Wall Street being at all-time high levels, the early signs are more positive than negative.

As I write this, the Dow Jones Index has gone negative, thanks to Donald telling us that when it comes to a trade deal, the US and China still “have a long way to go.” Now that could be worrying enough for nervous market players who have to be thinking that a stock market sell off has to be on the cards after such as strong run for stocks since Christmas 2018. This chart below of the S&P/ASX 200 makes the point emphatically. 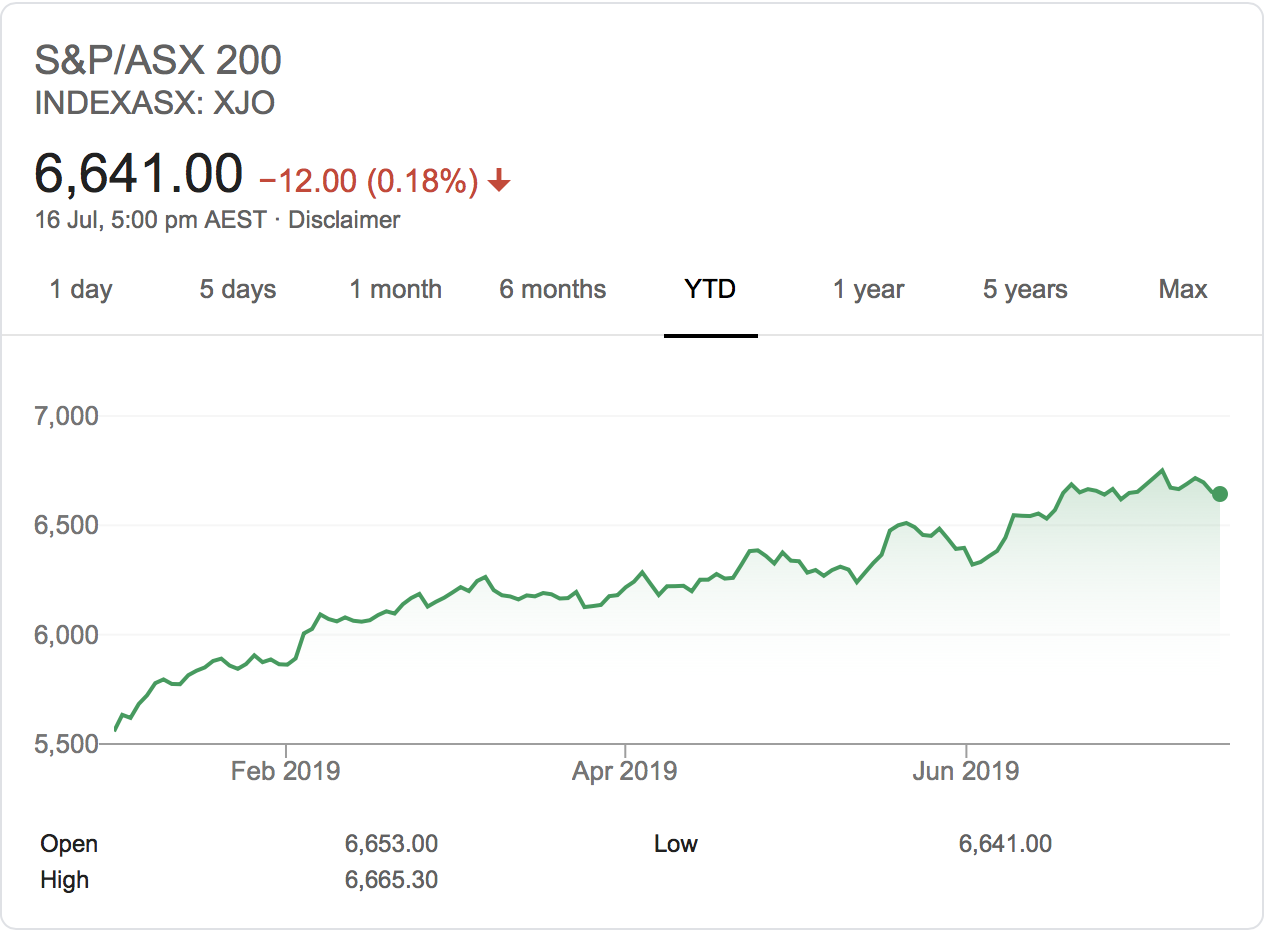 The three events are:

The first two events don’t need much explaining. President Trump has to avoid an escalation of the trade war because if this happens, Wall Street would sell off and could easily cause a US and then global recession. Donald wants to get elected in November next year and I can’t see a recession good for votes, unless he convinces American voters that they have a “fake recession.”

That said, a longer-than-expected drawing out of these trade negotiations could easily spark a correction for the stock market, where stocks fall 10% or so.

The next help or hindrance for the stock market is an expected interest rate cut from the Fed on July 31. The money market ‘bookies’ have a cut as a 100% certainty. If the central bank welched on the deal, that could easily trigger a stocks sell off. By the way, the actual cutting might lead to a small sell off because there’s a history of stock markets buying shares on the rumour of a rate cut then selling when the news becomes reality. However, it should be more positive for stocks than negative.

Finally, and this is a biggie, the Yanks are in reporting season and this is where the CEO’s ‘love’ for Donald Trump could be objectively tested. You see, it’s clear that few business leaders like to criticize any US President, let alone are tweet-toting Trump but if his trade war is hurting a CEO’s bottom line and profit-making future they will be bound by stock market rules to come clean.

This reporting season could tell us how companies such as Apple and FedEx, which clearly do a lot of stuff in China have been affected but there could be hundreds  of businesses that have been negatively and positively affected by the trade war.

Clearly, a stock market tries to guess the profit futures of US companies, so the fact that market indexes are in all-time high territories says the expectations of the trade war’s wack on profits will be OK but there’s still a bit of guesswork in those kinds of calls.

On the plus side, the early calls on profits from big US financial institutions has been surprisingly good. Goldman Sachs has reported better than expected and its stock price has risen. J.P.Morgan Chase’s results beats estimates, while Johnson & Johnson had a 45% huge jump in profits.

But these are early days, with FactSet saying that only 5% of the companies in the S&P 500 Index has reported, though it’s good to see that 85% have come out with better-than-expected results.

Adding positive fuel to those who have a fire in their belly for stocks, was a speech by the Fed Chairman, Jerome Powell in Paris, where he repeated that his central bank would “act appropriately” to keep economic growth happening.

Powell pointed to “uncertainties”. That was the closest he got to saying that Donald’s trade war has hurt growth in the US, China and the world so a rate cut or two is on the cards.

If the trade war worsens, US rate cuts don’t come and US reporting season shows the trade war is hurting lots of companies, then we could see a serious stock market sell off, sowing the seeds of a global reason that will suck us in.