You need a money minder! I could be so good for you!

This week in Melbourne I was able to do my radio program from the studios of 3AW and, as I talked down the line to my Sydney studio, I got to thinking about the failure of our possible tennis great, Nick Kyrgios, and I linked his blowing of his two-set lead to be bowled out of the Australian Open to the failures most of us have with money.

Nick needs a mentor, who he listens to. And most of us need a money mentor or minder but most never come close to getting one. 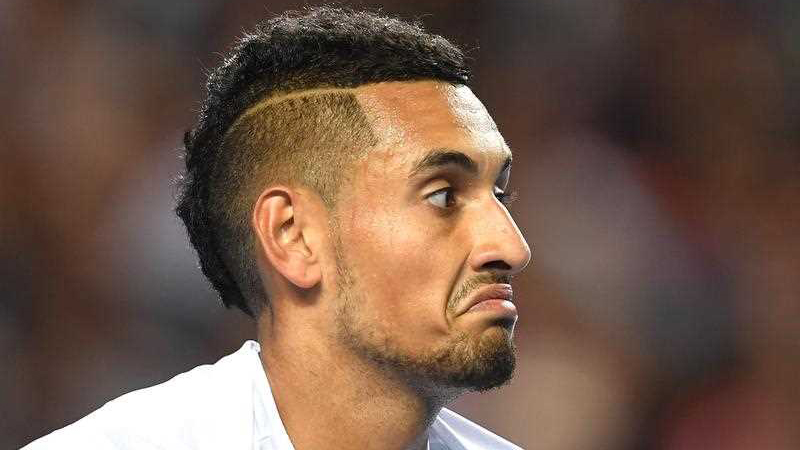 For those old enough to remember that great UK program Minder starring Arthur Daily (George Cole) and Terry McCann (Dennis Waterman), I always loved the theme song: “I could be so good for you”. And that’s what my 2017 is going to be about — money minding or mentoring anyone who’s up for it.

That’s the critical issue — you have to be up for it.

I have radio colleagues, to whom I’ve given info for years and it’s on the same subject at the same time of the year. It’s like it goes in one ear and out the other!

I want to change that and I’ll do this in 2017. I want to make my money mark for the sake of those I like. And as an avid reader/supporter of all things Switzer, I’m talking about you.

Thankfully, my radio show on 2UE has recently been taken from four days to five and soon will be heard in both Melbourne and Brisbane, as well as Sydney, of course. In case you’ve missed the program, I recently learnt it’s the most downloaded as a podcast. However, the experience on a daily basis of waiting for calls has told me a lot about the nature of human beings.

You see, I’ve always lived by the philosophy: if something is worth doing, it’s worth doing for money. And while I’ve always used this as a joking aside in my business and wealth-building speeches, there’s always a little bit of seriousness in my message.

Next Monday, my 2UE colleague wants me to talk to my audience about financial tips that all of us should be thinking about at the start of a new year. His producer, Ricardo, recalls me talking about what a parent or grandparent could do for a newborn child, in trying to provide some financial support for later in life.

He says he remembered me talking on 2GB with Steve Price about what might happen to $5,000 invested when a child was born but he just can’t recall what I said!

Isn’t it strange how we remember the oddest, and often the most irrelevant of things, but we forget the really important stuff?

On Monday, I’ll explain to Tim, Ricardo and the audience that you could put the $5,000 into an exchange traded fund, such as iShares IOZ, which basically tracks the S&P/ASX 200 index. Historically, this grows at 10% per annum over 10 years, despite the two or three bad years over a decade. And half of that comes from dividends.

That $5,000 with a caring grandparent, who does things for money, might eventually be seen as a damn good relative and, undoubtedly, might be seen as a money mentor.

My knowledge of normal people, from those who call into my show and those who don’t, tells me too many of us have lacked good leadership in our lives, which not only affects the way we grow as a person, it hurts our job promotions, the growth of our businesses and the wealth we build.

The greatest lesson from great leaders is that you need to listen. And the best people to listen to are people who know more than you. This was one of Gerry Harvey’s explanations of why he did so well in business. “It was the people I hung out with that made a huge difference,” he revealed.

Jim Collins who wrote the book Good to Great told me at a conference I attended that he created his own personal board of directors, who were largely authors and great business builders, who he was able to get superb advice from, in the absence of enough real people he knew who could actually help him.

Back on that $5,000. I could also make the whole play more tax-effective by suggesting the grandparent invest the $5,000 in his/her super fund for great returns and the lowest possible tax rates.

I could go even further and tell them which super funds have been some of the best performers over the past 10 years. Two in that list also topped it for 2016 with returns over 10%! In case you want to know — Hostplus and Catholic Super, with the latter implying God is on that fund manager’s side!

On Tuesday, a guest dropped out of my radio show and my producer asked if I had any ideas to fill the spot. I told him to get my stand-in host, Ian Rogerson, to simply ask me about how does someone find money to invest in all of my good ideas, if they don’t have it?

I made the point that people need to find the money to make the money. I showed him how, if a young person saved $2,000 over nine years in super between ages 21-30, and saved nothing after that, the super balance would grow to over $500,000! If the $2,000 saved each year continues to retirement, at age 65 there’d be over $1 million.

I then created a list of 11 things someone could do to find the money to use in savvy investments. They were:

1. Put your spending and earning life on the lawn — do a budget.

2. GST your life by hitting your total spending by 10%.

4. Airbnb a room in your house or even your garage. A guy in San Francisco rented out a wigwam in his backyard! Think outside the house!

5. Take in a lodger for income.

6. Shop in suburbs where shop rents are low and therefore prices are probably lower.

7. Do a second job, say, at a hotel, and compete with backpackers.

8. Start a part-time business and earn money at nights and on the weekend.

9. Check out your loans on loan websites and check out Switzer Home Loans — we have some of the cheapest in the market!

10. Go to an accountant for tax inside information, which could save you heaps.

11. Go to a financial planner to get a better return on your investments. Are you in the right super fund?

These are the lessons we parents should be telling our kids but most parents don’t know this stuff. That’s why I want you to email me at info@switzer.com.au and simply put money in the subject heading and we will give you the best money tips my team can come up with each week.

You could also listen to my radio show, watch my Sky Business TV show, which is back on air this week and visit Switzer Daily. And if you have a self-managed super fund, you could try a free trial of the Switzer Super Report.

I know this sounds like self-promotion. That’s because it is but I’m not afraid to confront you with your lack of commitment to money success because, like Nick, you’ve had little or no effective mentoring or minding.

That’s about to change if you really want it. And remember — I could be so good for you!