Would Madame Defarge give Hayne the royal tick? 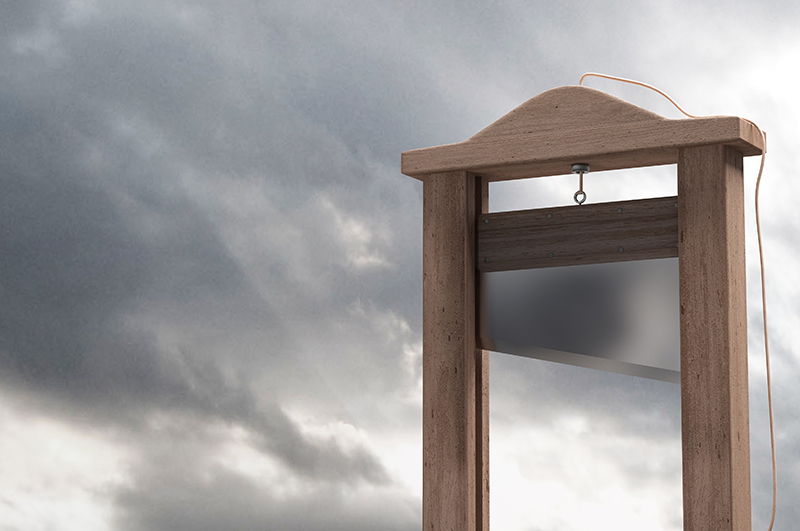 Would Madame Defarge give Hayne the royal tick?

In case you haven’t really been watching and you’re seeing the stock market rebound following the Royal Commission recommendations, you might have the inaccurate view that nothing has changed and the usual suspects have got off again. I’ve been given some feedback that a Royal Commission into the Royal Commission was needed, while others argue that banks and insurers have been ‘flogged’ with a hot lettuce!

God love them but only committed lefties and cynical media types, who lack economic perspective, could have wanted more from the RC. We didn’t need a Salem witch hunt, instead we needed a detailed expose of the pathetic practices of the finance industry that were either created or ignored by management at the highest levels of these finance ivory towers.

By the way, as I’ve pointed out this week, for as long as I’ve been covering business and finance, governments have been happy to turn a blind eye to how consumers have been screwed by the finance industry.

But keep it all in perspective — the consumers screwed were small in number as a percentage of customers. Sure, many of us (and I include myself) have copped a raw deal at times from financial institutions and it has led me to say to my wife and business partner: “If they do this to me, what would they do to a small business owner or consumer with no clout or such a big media megaphone?”

Hubris has been rife in banking and insurance and Ken Hayne has crushed that personality flaw that undermines customer service and care.

For those who think the RC has been ineffectual, well look at this list of big hits and scalps:

• CBA’s CEO Ian Narev has been put out to pasture.

• Yesterday, NAB’s CEO Andrew Thorburn and his Chair, Ken Henry have fallen on their swords.

• The top three executives at IOOF have been shown the door.

• AMP has lost its Chair and CEO.

• There’s a long list of CEOs and senior executives in other finance businesses who have been publicly roasted and undoubtedly have lost their cushy gigs.

• Even ASIC and APRA were given a public dressing down.

• And then there’s the excessive threat to the mortgage broker industry, which could see their 20,000 strong small business owners run out of town on a rail!

But these are just Madame Defarge “vive la ‘get even’” moments for the Aussie public, who’ve loved this Ken Hayne-produced, head-rolling blood sport extravaganza.

This RC will change the behaviour of the finance industry. CEOs won’t want ever again to be scolded like the recalcitrant school ‘boys’ that they looked like at the RC. Chairpersons won’t want to be castigated for being aloof, irresponsible and accessories to crimes against customers.

ASIC, which should get more money, will be more active. I hope someone in Government tells them that it’s time for life bans for those minority of ‘criminals’ masquerading as financial planners, insurance brokers and any other player in the finance sector.

Finally, there are the owners of these crucified finance businesses — the shareholders or us! Yep, we own banks and insurance companies either directly through shares or via our super funds, which invest in these outfits, especially for income. And while some of that income came from bad practices, the majority would have come from OK activities, which I guess only committed socialists could find fault with.

Before the RC was announced, CBA was an $80 stock and experienced a 15% slide over the time of the grilling, which gave shareholders a decent scare and financial kick in the pants. If the “there must be blood” critics out there got what they wanted i.e. a collapse in share prices, they would’ve been effectively asking for a Royal Commission-created recession because, like them or not, banks are really important to the economy!

The one problem with the Royal Commission was that it only focussed on what was bad about finance businesses and their people. Believe it or not but banks, insurance companies, mortgage brokers, finance planners and so on actually do a lot of good things.

If you don’t believe me, look at the survey of bank customers before the Royal Commission and before the year-long parade of really bad behaviour. “New research from Roy Morgan shows that customer satisfaction with banks in the six months to July 2017 was 81%, down by 0.4% points from June but remaining well ahead of the long term average of 73.9%, established since 2001,” the media alert told us.

And anyone who bought a home in Sydney or Melbourne seven years ago for $1 million and now finds it’s worth $1.8 million (and they’re on historically low interest rates of say, 3.89%) would have to be a 24-carat gold whinger!

Finally, the Royal Commission plus the establishment of the Australian Financial Complaints Authority, which means we can take fiendish financial players to a mediation, get-even service, for no charge and where it’s binding for the financial business to accept the ruling, means bad behaviour will decrease over time.

All we have to hope for is that Government supports this AFCA. Actually advertising it would be a great idea!