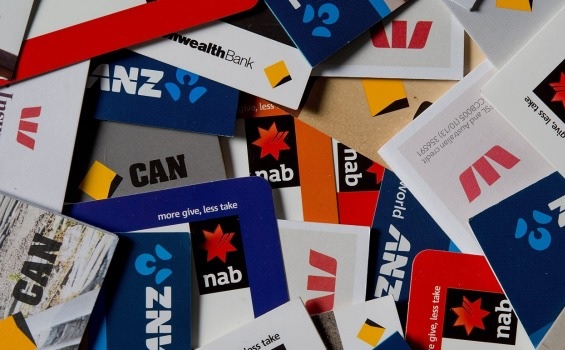 One of the best pieces of ‘advice’ I’ve given the audiences I have talked to for decades was “if you don’t like the way the banks treat you, then get even — buy bank stocks!”

But could this be a dated strategy, with the Royal Commission grilling the life out of our banks’ executives?

As a consequence, the CBA’s boss-in-waiting, Matt Comyn has promised that the bank will do the right thing by customers. The question is: at what cost?

Comyn has written to his 14,000 staff in CBA’s retail division, which he has led for some time, warning that the Royal Commission will showcase examples of customers being unfairly treated by the bank. However he has pledged to “enhance the financial well-being of every single customer we serve.”

This comes following revelations that practices at their acquired mortgage business, Aussie Home Loans, where there were issues around commissions, haven’t gained the bank brownie points at the Commission hearings.

This bad publicity comes as the AFR says there is a group of young financial advisers who are swinging their Gen Y customers away from financial relationships with the big banks.

The Fin says “the new firms are attracting a diverse range of clients scared off by the myriad of banking scandals that have resulted in the explosive and only-just-getting-started banking royal commission.”

What’s intriguing about the so-called current mood of Australians towards banks is that the country has seldom ever acted against the big banks in a sustained way. And that’s why their share prices have done so well.

The GFC cemented the big four’s strength and they were the ones asked to absorb the weaker banks during that time: St.George went to Westpac and Bankwest now lives in the CBA family.

And remember, St. George was the one we loved so much – its ad said it all: where the banker at the BBQ stopped the party when they heard he worked for a bank but then he brought relief to all when he said “but it’s St. George!”

Right now, the young who might hate the banks are being courted by alternative lenders and super funds, which actually are more expensive than the best in breed and lowest in cost, so the cynical young might soon learn that these new age financial businesses are nothing more than wolves in sheep clothing.

In those days, there were lots of ‘under the table’ payments from financial institutions so the advisers could charge a low price but the institutions got the business. Asking people to pay the right price for good financial advice was damn hard because lots of people are cheap skates!

Another irony is that when the NAB tried to publicly break up with the banks, ridding itself of certain practices that were anti-customer, the Australian public ignored them and didn’t change banks.

I think more honest banks, like the ones that Matt Comyn is dreaming about, will be less profitable in the short-term, but as their rivals are shown to be not as fair on pricing of products as they portray themselves and a damn recession comes along to scare the pants off those who punted on financial newcomers, the banks will become ‘loved’ again and their share price will reflect it.

They would be a great buy during a recession and after a stock market crash, but who wants to sweat on something like that?

In the short term, banks’ share prices can't be helped by the Royal Commission, but if the Oz economy improves as I expect over 2018 and 2019, their share prices will sneak higher but not at a rate that you’d call fast. However, their dividends will remain attractive, even with Bill Shorten as PM!