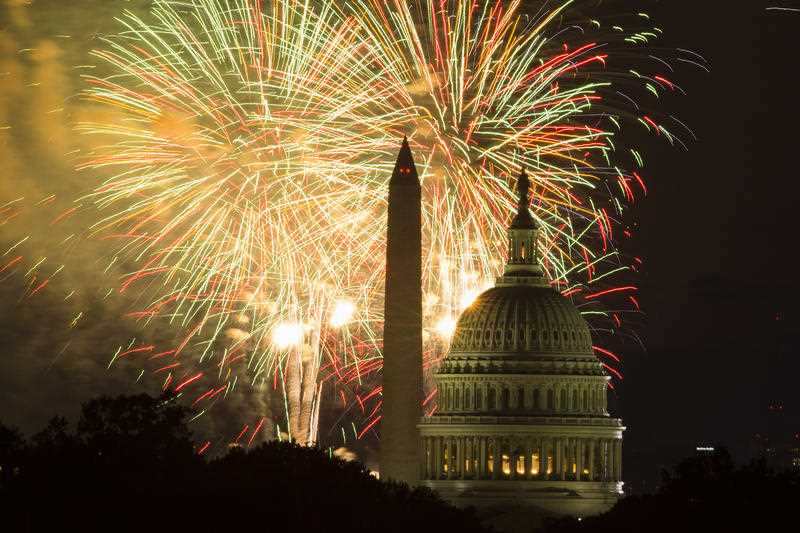 Worried about the Greeks? China? Well, the Yanks aren't!

Greece again is spooking Europe with stock markets there down overnight and then there’s the concerns about China with some weird ‘you know what’ going down there from the Beijing Government, including stopping trading in some stocks. Canute looks to be making a comeback there as authorities try to hold back the wave of negative sentiment.

Meanwhile, the Yanks remain US-focused and I have to say, while it worries me — this ignorance of the rest of the world — it does, on the other hand make me a little more relaxed. The Dow actually finished up 93 points and the S&P 500 was almost 13 points higher. Way to go bro, as those cool US dudes would say.

Okay, let’s have a look at the ‘new’ threats to stocks, which are really the old ones coming again to rattle nervous Nellie investors. In case you ever wondered, this is what they mean when experts talk about climbing the wall of worry, when it comes to stocks.

The Shanghai Composite was down 1.26% overnight and has shed about 27% recently but year-to-date it’s still up 15% but wait there’s more. It’s up 80% over the past 12 months and some ‘unfair’ types call the Chinese stock market a casino! As Kamal once cried: “Why are people so unkind?”

I will get back to China later and while talking about being unkind, aren’t the Greeks copping it from just about everyone who is not a card-carrying Commo or of Greek heritage or who admires creative tax players?

At the moment in the most hated stakes it’s become a two-way tussle between the debt-dodging Greeks and Nick Kyrgios! “Why are people so unkind to Greeks nowaday?”  Anyone? Anyone? Dawn?

I can’t buy into the Nick thing but I will say any annoyance towards him is not a Greek thing but more a young thing. Are we allowed to discriminate on the basis of age? Better do as much as you can now before the thought police get onto this one.

Anyway, on Greece, since the No-vote got up the Greek finance minister Yanis Varoufakis has fallen on his sword to help the negotiations with the lenders, which are back on, but there are many experts who think the referendum result might make negotiations harder, rather than easier, because the Greek leaders think 61% of Greeks are on their side but the lenders could be thinking: “Who cares? These suckers owe us money and they look like they think they can wriggle out of paying back 30% of their debts and of what they do pay, they want to do it on reduced terms!”

By the way, an IMF report says if the lenders want to be repaid they have to get Greece growing, so maybe a 30% debt reduction is needed or words to that effect. However, the problem is that if Greece gets a deal they couldn’t refuse, then the Italians, the Spanish, the Portuguese and even the poor old Irish, who have really got their post-GFC shite together, could all start singing that old Moving Pictures song: “What about me?”

If you need more reminding it goes: “What about me? It isn't fair. I've had enough now, I want my share. Can't you see? I wanna live but you just take more than you give."

I can see Alexis Tsipras pumping this one out, can’t you? The good news is that the Varoufakis replacement is Euclid Tsakalotos, who might be nicer to Greece’s lenders compared to Yanis. The latter recently tweeted this, which shows his negotiation-style: “They are unanimous in their hate for me; and I welcome their hatred.” Franklin D. Roosevelt used the same line years ago and isn’t it a ripper? But it helps in negotiations if you are the President of the US, with the upper hand, rather than the finance minister of Greece with nothing in hand, especially euros!

Overnight, the German DAX was down 2% and this is a good proxy for how the negotiations are doing or are likely to do. There is a fear negotiations will drag on and could be fruitless, which increases uncertainty over a Grexit, the fate of the euro and everything that goes with it.

Surprisingly the Greeks in Brussels on Tuesday annoyed everyone with no written proposal, instead they presented their ideas orally! Not happy Greece, not happy, was the Euro-leaders reaction.

This is how the Eurogroup President Jeroen Dijsselbloem responded: "We listened to our new Greek colleague, after welcoming him to the Eurogroup, his assessment of the situation and what the results of the referendum would mean for the Greek government. He has not yet presented new proposals, but he will first of all now send us quite quickly a new letter requesting for ESM support, and following that he will present proposals for the Greek side on what the substance would look like on which we will reach an agreement."

So, Mr Tsipras’ promise of a deal within 48 hours of the referendum looks unlikely, but who is surprised by that? And the fall in the euro overnight says it all.

The good old Yanks remain positive ignoring the Greeks and China but I guess if it gets worse they could react later in the week. That said, I do like their wait and see attitude as it says that the ‘goods’ of the world economy are still beating the ‘bads’ and that adds to my optimism for stocks for the year ahead, despite the Greek and China road bumps.

I’m betting the European leaders have a B-plan to offset any crazy Greek developments over the next few weeks and if they don’t they deserve a big butt-kicking treatment.

On China, the 80% rise for stocks was always going to result in a sell-off but chartists say the Shanghai market is trying to build a support base around current levels, though I’m not sure what recent government actions will do to help or hinder the situation.

In China the Government allows firms to call for a trading halt if market action looks excessively speculative and so about 700 firms have opted for halts! That’s about a quarter of the companies on the Shanghai and Shenzhen markets!

But when it comes to China, you need to understand that the economy and the stock market are a little less connected than say here or in the US.

Yale senior fellow and China-watcher Stephen Roach, has scared people this morning telling CNBC that with the Chinese stock market, "The bubble is bursting", but he’s still positive on China! On my program last night on Sky Business, David Bassanese basically said the same thing.

Roach thinks the Chinese economy will stabilize around 6.5-7% growth. "It's not going to go to zero as some of the China bears" have predicted,” he said.

For my part, I will keep my fingers crossed that Europe will deal with Greece sensibly so as to not hurt stock markets and then the global economy.

Meanwhile, I will punt that the Chinese economy will survive the casino, which is its stock market.

This can happen when you have capitalism run by Communists.

Well, I hope it can.