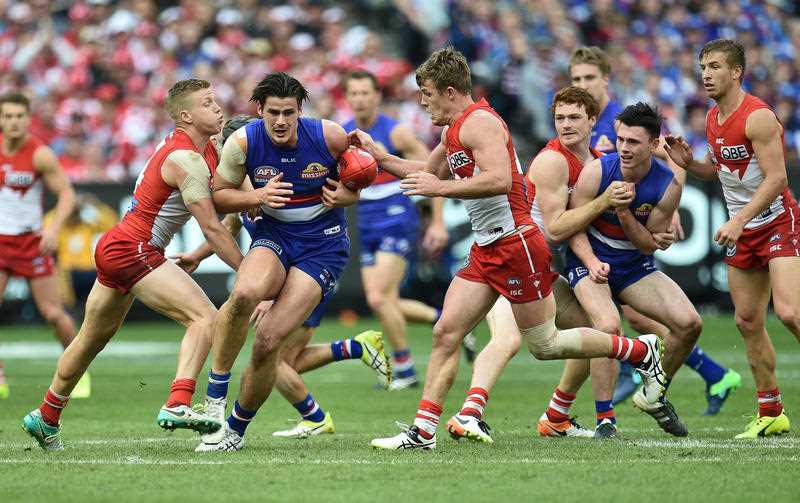 Will you win the grand final of money?

In case you missed it, I took off the public holiday yesterday from my usual writing of this blog and by 4pm, I was feeling really guilty about it!

There were three reasons why I felt a little ashamed about sleeping in and taking it easy.

First, not all states were on public holiday, so some Switzer readers would have got up in Victoria (for example) and said: where’s the new story?

Second, my radio colleague, Ed Phillips, who co-hosts my radio show on 2UE from 4-5pm, actually asked me this very question. I looked like I’d disappointed him. I’ve written this today to see if I have turned him off being a regular reader!

Third, I didn’t do what I do. You see, the only thing I don’t like about what I do every morning is waking up at 5am. I’d prefer 6am but for deadline reasons (and because my wife and I walk for about two hours each morning), the early get up is the go.

On Ed, I’m doing a personal investment show and I keep telling the audience that to build wealth or get rich, you have to stop being a normal person. Normal people don’t get rich, unless they win Lotto or get lucky.

When Powerball had a $70 million potential prize, the chance of you winning on a standard 12 game entry was 1 in 6.39 million.

I like to think that most of us would like the win the game of money by the time we retire, which is akin to our personal wealth grand final. Just like businesses, great coaches create a plan to say win the comp within three or four years, after they build up their roster of players, introduce the new processes and systems, get the attitude right and after they themselves actually improve as a leader.

Good leaders will lead followers well but great leaders create leaders who follow them. I’d be surprised if some of the names in the Western Bulldogs don’t go on to become great leaders after being led by Luke Beveridge!

Giving away his premiership medal to injured captain Bob Murphy. That was something. I wasn’t surprised when I read that Murphy will give it back to him.

That’s an admirable culture and it beat my team, the Swans, though we couldn’t have been beaten by a better mob.

What’s the link here to my money grand final? Well, let’s take Ed. In the first instance, I’m leading him and hopefully my listeners, viewers and you readers to get you to change how you build your wealth. As a start to that process and as a regular action, I want you to read me daily. That’s why we call www.switzer.com.au our daily.

If I wanted to climb Everest, until I did, I would read everything that would help make it happen. If I didn’t, I could fail and given how scary that climb is, I could die!

I believe winning anything is about the process and you have to change from normal to abnormal to improve your chances of winning. I love tennis but I’ve had about 10 lessons in my life. When I play my son Alex, who was tennis captain at school, he kills me, even without recently playing. He’s done the processes over and over again and I recall paying for those lessons, which he now punishes me with when we play a game.

That’s why I felt guilty when Ed went looking for the new story. I know he read my Friday one on Deutsche Bank’s problems because he actually referred to it, when he asked me what happened to today’s blog.

Sure, having a morning off was okay but I should have programmed a ‘Best of Switzer’ — a blast from the past.

In fact, I told Ed to goggle Switzer and Grand Final to get the piece I wrote for Saturday’s Weekend Switzer, which we need to market better. This was a ripper piece, which I’m really proud of. Click here to read it.

Finally, let me address why I felt guilty not writing on Monday. You see, it’s what I do. It’s my purpose and I love it. I’m genetically encoded to do this — teach or educate others to lift their money- or business- or wealth-building game.

I lead via these daily stories, my speeches and my media performances. My team of advisers helps those individuals who want one-on-one help. That’s what the business SWITZER does in its many forms — we help people and businesses win their grand finals.

Success comes out of knowing what you want, believing you can do it, really wanting it, getting the knowledge, advice or assistance to make it happen and then doing what has to be done.

Once you’ve got this winning process, you simply have to keep doing it. For me every morning I get up, I read, I view US business TV. I think about how this helps my readers and then I write.

And that’s why I felt guilty after watching the great athletes of the Bulldogs, the Swans, the Sharks and the Storm.

The great US footie coach, Paul Bryant, once said: “It’s not the will to win, but the will to prepare to win that makes the difference.”

Excellence is not an accident but a constant commitment to a great process. Work out what you want. Determine what it costs to get it. Then pay the price.