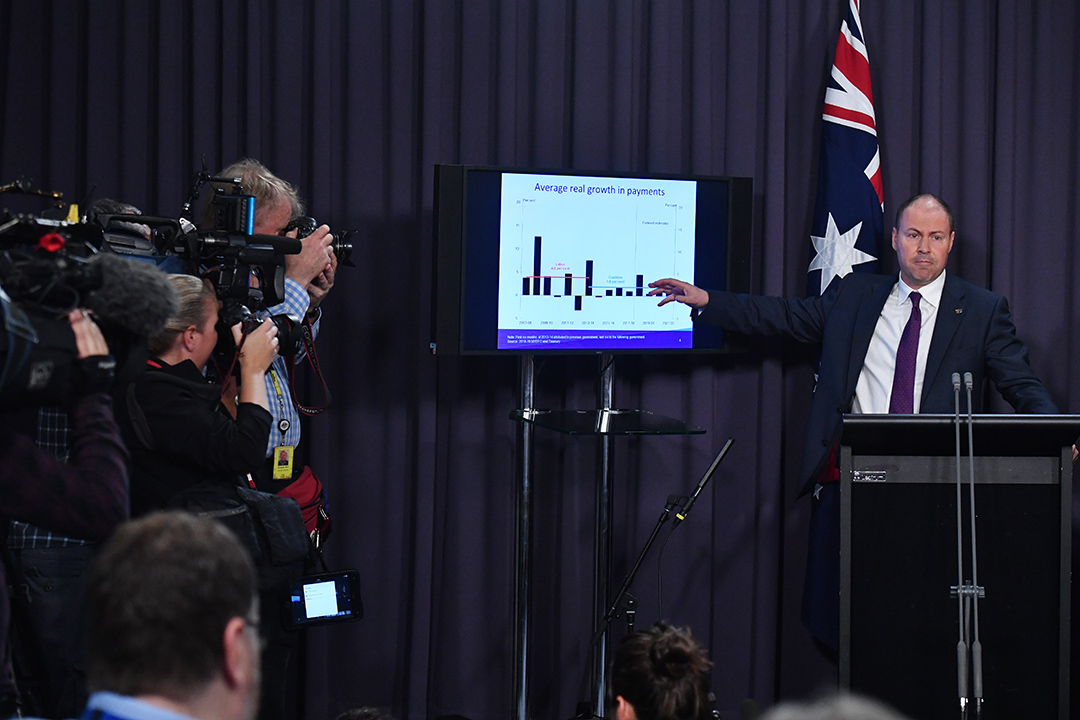 Will we be singing Hallelujah after Josh’s show-and-tell today?

Today we get to see how screwed or how improved our economy is and, luckily, two of the world’s weirdest western leaders might have come to our rescue, albeit later than what I would’ve liked.

Last week we got great news to set up 2020 to be a better year for the Oz economy and your material life, with a Trump trade deal and a victory for the Conservatives, who should settle Brexit more quickly than Labour would have. Both developments replace uncertainty with more certainty, which will lead to more business investment and better global economic growth. As this country of ours is a big trader, it’s good for us.

And today adds another piece to the economic puzzle that could have a big impact on our economic lives next year.

What we see today should be the silver bullet that could save the reputation of the ScoMo Government and the respect of its Treasurer, Josh Frydenberg. But the question remaining is: will the country’s PM and his chief number cruncher be prepared to fire it?

Today get MYEFO, which is the kind of acronym that really excites people like me but dulls the zest for life for most other normal people! It’s like super, compound interest and company reports, which all sound boring with a capital B but, when consumed and understood,  they can produce a life that’s exciting with a capital E!

MYEFO stands for the mid-year economic and fiscal outlook and it’s delivered at the end of the year because December is the middle of the financial year that runs from 1 July to June 30. It is important because it tells Treasurers, economists, company leaders, employers and the rest of us which way the experts who drive Canberra’s policies (that affect our lives) are likely to go.

Forecasts for economic growth, unemployment, wages, profits, inflation and interest rates will all be affected by the stories coming out of MYEFO.

It will make some politicians and media experts say “I told you so”. Or it will lead to claims that Treasury and the economists who drive it are a bunch of dopes. The critics seldom, if ever, hail them as a team of geniuses. Economists and the commentariat are better at insults rather than compliments.

Given my nature, you won’t be surprised to hear I’m hoping for good news that will get greater over the rest of the financial year. And one piece of news that’s exactly that is that the forecast for iron ore prices is expected to keep rising, which is great for the country’s budget surplus. In fact, MYEFO is tipped to tell us we’ll see a budget surplus this year and the three that follow. But slower-than-expected growth will trim back previous forecasts for our future surpluses.

And growth is the problem that will make or break Josh Frydenberg’s reputation. I want him to be inevitably seen as a genius Treasurer, not just because he’s a good bloke (which even his political enemies concede) but because his success means more jobs, higher wages and over time rising interest rates rather than the rescue-emergency rates we now live with.

• The Westpac consumer sentiment index fell by 1.9% in December to stand at 95.1 points, which is below the longer term average of 101.5 points. A reading below 100 points denotes pessimism.

• Residential building fell by 3.1% in the September quarter – the fifth straight decline. Work done is down 10.6% over the year – the biggest annual fall in 18 years. Alterations & additions fell by 0.1% in the quarter, to be down by 8.2% over the year.

There are some improving signs but they aren’t significant to get this optimist as optimistic as I’d like and Treasurer Frydenberg is under pressure to throw fiscal stimulus at the economy. He’s happy to boost infrastructure spending, which would be a great idea if we had time on our side but I have my doubts.

At least Donald and BoJo have bought him some time, as I suspect these two developments (the UK election and the way overdue trade deal) will help boost confidence and growth but I’d love to see a circuit-breaker delivered locally ASAP.

How Josh plays the upcoming five months until his next Budget could define his reputation as a Treasurer and might even make or break any aspirations he might have to one day be given the keys to the Lodge. Go MYEFO and Josh!