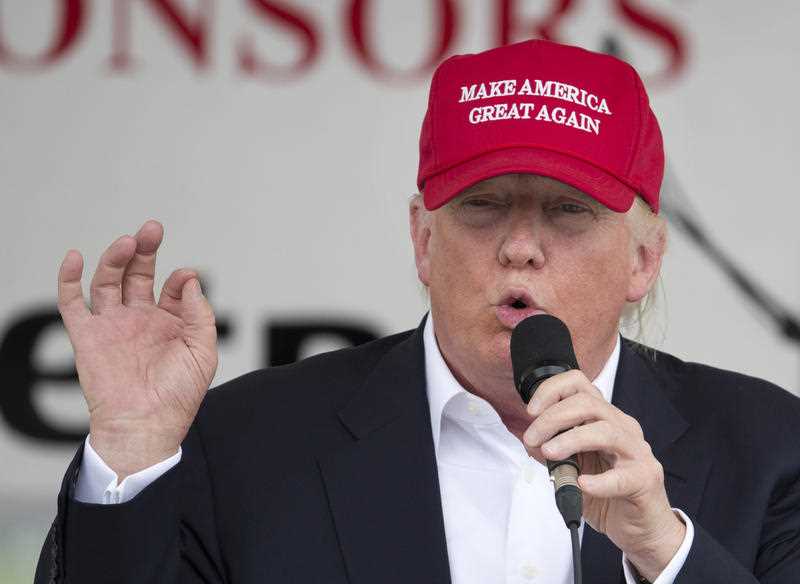 Two scary international events will happen over the next seven days and the question is: will they trump the Trump rally?

This chart below shows how Donald Trump has helped our stock market, with the S&P/ASX 200 index up a whopping 9% since the November 9 low when it became apparent that DT blitzed Hillary Clinton.

The first worrying event was in Vienna today when OPEC (the oil cartel that doesn’t include all oil producers such as Russia) were supposed to talk to the non-OPEC members. However, they’ve cancelled it overnight because Saudi Arabia says OPEC has to agree before talking to their rival oil producers. OPEC meets in Algiers on Wednesday, so an oil story of some kind and relevant to the stock market will be revealed.

The goal here is an agreed production cut to ensure the oil price doesn’t fall below $US40 a barrel. Any fall below that level could easily spook stock markets and eat at the optimism that has fed the Trump rally.

Reuters says the International Energy Agency (IEA) has pointed out that “most analysts believe that some form of cut will be agreed, but it is uncertain whether it will be enough to prop up a market that has been dogged by a supply overhang for more than two years.”

Russia is on board if OPEC members can agree but Iran could be the fly in the ointment.

On the plus side, Reuters reported over the weekend that “Iran is optimistic OPEC can reach a deal on limiting oil supplies and plans to announce its own decision about any output curbs at the group's meeting next week, Iranian Oil Minister Bijan Zanganeh said on the ministry's official website SHANA”.

If a deal is cut, the price of oil could spike as high as $US60 a barrel and stocks would rise on the news, reinforcing the Trump effect. However this is a vice versa story as well!

The second worry is Italy and its referendum next Sunday, December 4.

So what’s it about? I’m being asked this question every time I mention its potential importance. It’s a constitutional referendum where the voters will be asked whether they approve of amending the Italian Constitution to reform the appointment and powers of the Parliament of Italy, as well as the partition of powers of State, Regions, and administrative entities.

The reforms are designed to reduce the size and powers of the Senate, which currently carries as much weight as the Lower House, and claw back power from Italy’s 20 regional governments.

The ‘Yes’ campaigners say it will make passing laws easier and give Italy more political stability. The ‘No’ campaigners fear the governing party will have too much power.

The Prime Minister, Matteo Renzi, has said he’d resign if he loses the referendum but he has seemingly backed away from that threat, thought the latest news says he’s still talking about resigning. Italians, you have to love them!

If the ‘No’ vote gets up, the fear is the Five Star Movement, led by ex-comedian Beppe Grillo, could win at the next election and his outfit is anti-EU and the euro!

Some commentators say if the ‘No’ vote wins, the Renzi Government could be curtains.

This is the kind of fear scenario that could spook stock markets. Sure, Brexit was dealt with better than expected but Britain wasn’t a full member of the EU using the euro. If Italy, the third biggest economy in the EU, talked about exiting, and if we remember what Grexit did to stock markets, then this could easily offset the Trump effect.

The polls overwhelmingly say the ‘No’ vote is a mile in front but polls have been pretty unreliable of late.

That said, unemployment among young Italians is 40% and the economy is weak.

We often say that a bull market climbs the wall of worry. Well, Donald Trump gave us a great big ladder that has helped us climb 9% on our S&P/ASX 200 index. While I suspect oil producers will do the right thing to help themselves, I wouldn’t put too much money on the Italians opting for a more conservative option of voting ‘Yes’. I hope they do but as I’ve argued before, when it comes to making money, hope isn’t a plan!

We have a scary seven-day wait ahead.