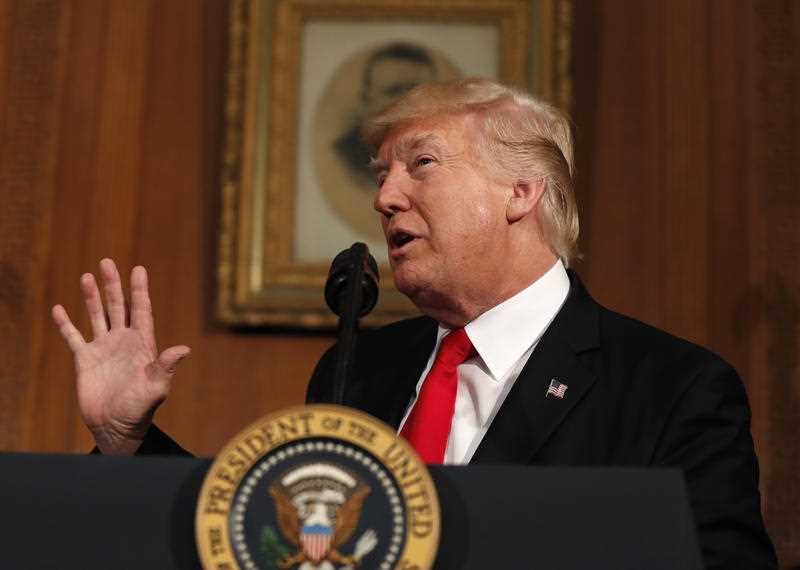 Will Trump's tax tease pressure our Treasurer to cut too?

Donald Trump’s tax tease will put pressure on all governments to think about their relative tax torture and that goes double for Treasurer Scott Morrison, who faces, I would argue, one of the most economically-literate countries in the world.

Why do I say this? Just look at news services around the world — newspapers, websites and electronic media — and it’s my observation that we are far more well-served by the media in its business and economics coverage.

Even in the 1980s we were talking about the J-curve before most economists even knew what it was! How do I know? Well, I was teaching at the University of New South Wales then and Paul Keating caused a lot of head scratching and dashes to the library to find a textbook that covered the subject!

(Pre-internet, that’s what we had to do when you got stumped on anything high brow!)

Our economic literacy aside, this is what Donald Trump has put on the table for Congress to pass:

The Treasury Secretary, Steve Mnuchin, would not say if the plan would be revenue neutral, meaning it would not increase the budget deficit but it’s damn likely that President Trump is gambling that the economic growth his tax cuts will make will help bring the deficit down as his tax cuts push it up.

And this is another pressure point for Treasurer Scott Morrison as the Budget looms on May 9.

It means he too will have to come up with tax cuts, while at the same time do something credible to show he’s getting on top of the budget deficit.

And this is where our economic literacy comes in — many of think our deficit has to be beaten and we won’t buy a tax plan like Donald’s so easily.

That’s why I really keen to see the magic Scott comes up with.

In the coming days, I will look at how he might impress or shock us with his tax conjuring.

Somehow, he has to solve our house price problem in Sydney and Melbourne without hurting other house prices. He needs to cut spending but bolster infrastructure, and cut taxes to help our competitiveness for foreign capital that will chase lower tax rates.

On top of that, he has to boost consumer and business confidence and stimulate economic growth as well as prove that he will lower the deficit and the Government's debt.

He then has to get his bill passed by the crazy Senate and somehow avoid media bombs already loaded by Abbott-lovers!

Did I suggest that Scott needs to be a magician?