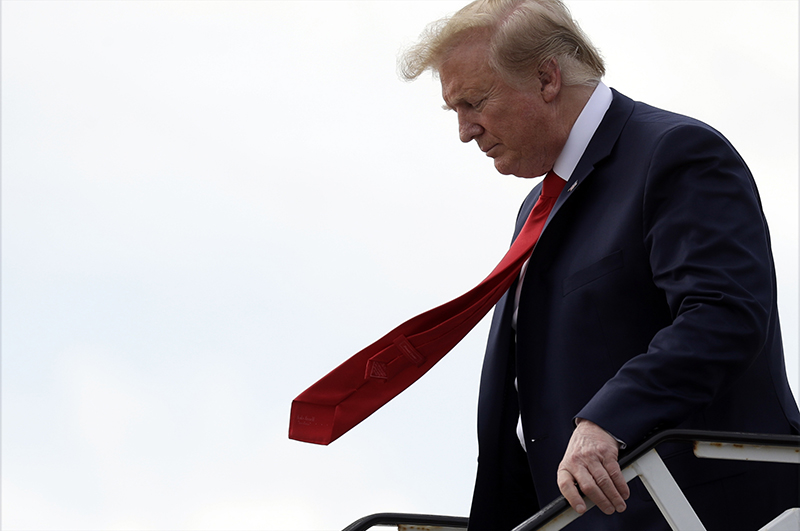 Will Trump cause a recession this week?

The US President tweeted again but this time his message was more positive about the signing of a trade deal with China. However stocks didn’t spike like they have before. So has the stock market got tired of Donald Trump’s “Art of the Deal” stunts?

I’m certainly tired of it and so were the 500 people who turned up to our Switzer Investor Strategy Day in Brisbane yesterday. The irony is that a large group of the older investors who attended and who might be philosophically and politically supportive of Donald, still don’t like to see their invested capital go down on the grandstanding, negotiating ploys of a very unusual leader of the most important economy and stock market in the world!

To normal people who don’t wake up and instantly look to what Wall Street is doing ahead of the closing bell on the New York Stock Exchange — which is what I do — they won’t be affected or even know about Donald’s antics until the fallout or the success of his unique, Twitter-based politicking turns into a headline for the daily news on TV, radio and in newspapers.

So in case you’ve been distracted by other politicians’ politicking for the May 18 Scomo-Shorten showdown, the leader of the free world is expected to sign a trade deal with China this week. If the deal gets inked, the headline will be tame and might get a mention on TV and radio news and stocks will head up.

And as it’s going to be good news for the stock market, your wealth via your super fund, your job security or your business’s success, newsrooms won’t give much attention to it. However, if Donald opts for the less expected strategy of rejecting the Chinese delegation’s offering of trade concessions and chooses to introduce those promised 10% tariffs on $US200 billion worth of goods from China, then negatively-programmed news editors will rummage through their mental headline ‘drawer’ and come up with something like “It’s War!”

Of course, it’s a trade war but using the word “trade” might make a lot of people instantly bored, so “It’s War!” would more likely be used, despite its ‘slight’ inaccuracy.

The modern media idea of news has changed substantially but I can’t emphasize the importance of these trade negotiations and you’d better hope  a deal gets signed or stock prices will fall. And they could fall pretty heftily, as financial market players have built into their positivity for stocks and their enthusiasm to buy stocks, the belief that a trade war would be averted.

Why have they believed this? Well, it’s simple. Trump tweets have been telling us so until this week and stock markets haven’t liked what they’ve been asked to digest. The chart below of the S&P 500 index, which captures the stock price moves of the USA’s biggest listed companies, including the likes of Apple, Microsoft, Facebook, Google, Amazon along with the big names like GM, IBM, GE and so on. The red colour tells you that the stock market is down on Donald’s trade tweets. 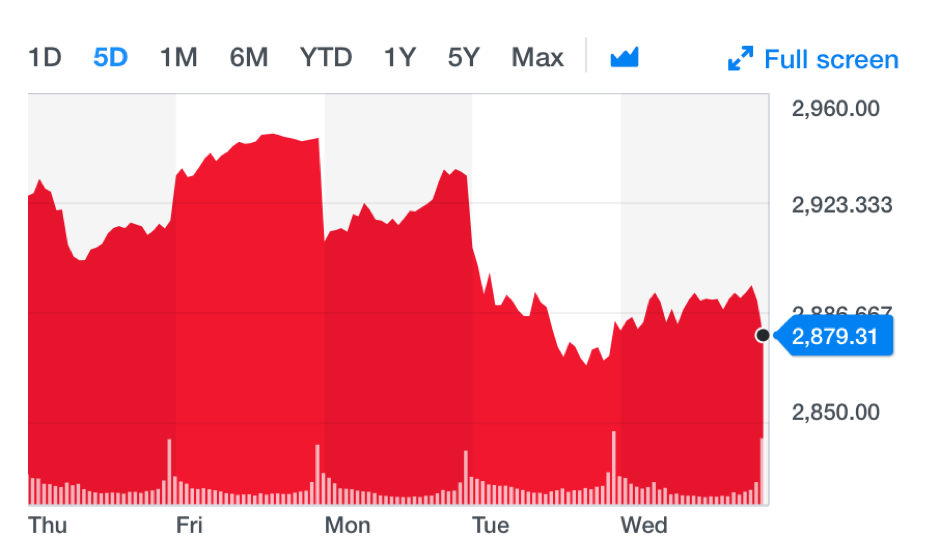 But this isn’t just a big end of town problem for US and China companies trading in imports and exports, because a trade war could cause a global recession!

World economic growth has been falling such that China and Europe have introduced economic stimulus programmes and the US Fed boss, Jerome Powell, has U-turned on interest rates, going from wanting to raise rates to becoming an “on hold” kind of guy.

If Donald screws up on this trade deal, US rates would be cut to try to avert a recession, which would in all likelihood go global!

That would threaten your job, your business, your super balance and your house price would take another leg or two down!

My best guess is that Donald will crack a deal this week and the stock market will go up. He can’t afford a recession and a stock market crash ahead of his November 2020 poll, when he hopes to be re-elected.

I hope that China’s leader, Xi Jinping, ends up being the saviour of the global economy, our stock market rally, our businesses, our jobs, our super and our house prices.

I know it sounds dramatic but this Donald drama could have an unhappy ending.