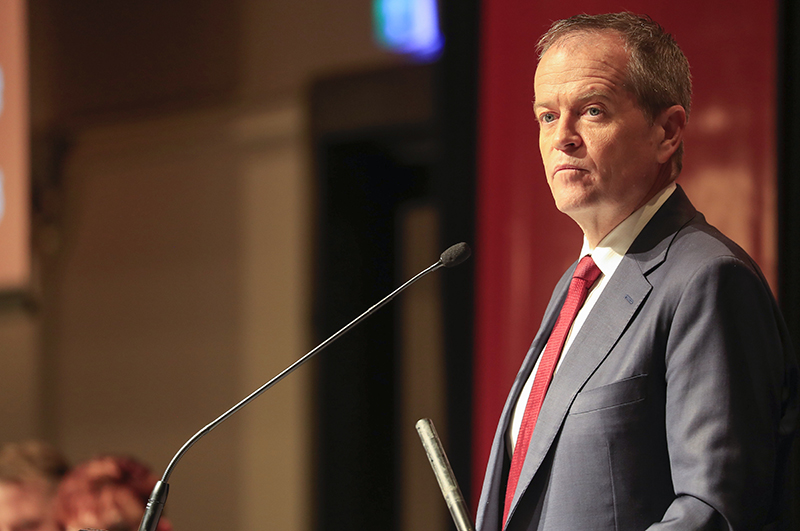 Will Trump and Shorten kill or save the economy and stock market?

In the world of big money, where most normal people only have a brush with at the end of news bulletins or when they decide to buy something big like a house or an expensive car, there is a guess out there that maybe the stock market will retest its December lows. And what transpires this week, especially in America, could easily confirm or deny the accuracy of this negative call.

After reading my introduction, being a normal person might mean you could be thinking “So what? This stuff doesn’t affect me.” But to that I’d reply: “Au contraire, to quote the french for ‘to the contrary!’

Abnormal people like me who get up at 5am six out of seven mornings a week to read about and then write about money stuff like this, know we’re in a critically important stage of the economic and stock market cycle and the data and news that comes out over this and following weeks in February could dramatically affect our job creation/destruction, profits and bankruptcies, the balances in our super funds, the arrival of a ‘hoped for’ budget surplus for the Federal Government and the kind of economy Bill Shorten will more than likely inherit.

This morning, PM Morrison is warning that Labor would bring on a recession and while their policies on negative gearing, tax refunds to retirees and halving of the capital gains tax discount won’t help the economy, the forces for a recession and stock market shellacking will come from overseas.

But there is one policy response Labor really needs to handle with care and I’ll finish up on that subject, so standby.

If you need things to worry about, here’s a list:

• A worse-than-expected US economic slowdown.

• A Trump- China trade deal disaster and the continuance of a trade war.

• The Fed spooks the stock market with too many interest rate rises.

Responding to items in the above list, right now, the consensus believes that the US slowdown will be measured and great growth, once expected, will slip to good growth. A Trump-China trade deal will happen by at least the end of February.

The Fed has told us it will be “patient” with rate rises. The Brexit-EU standoff is a worry but the negative consequences seem to be more an issue for the Brits and the economic consequences, at least for now, look manageable for the world economy. After all, the IMF only marked down 2019 global economic growth last week from 3.9% to 3.7%, so they’re not panicking.

Meanwhile, China is embarking on a stimulus programme, which makes many think that a huge drop in Chinese growth is on the cards. Also, a sensible trade war solution should help both Chinese and US growth.

And then there’s Donald Trump and a possible left-field decision that could become a “black swan” that could rattle stock markets, create a crash and then lead to a recession! My response to that is Donald is said to be the most market-conscious President ever and has business channels on in the Oval Office watching for market reactions to his decisions, tweets, etc.

He knows he can’t have a stock market crash and recession between now and his re-election poll in November 2020. He also knows there are economists, like the Economist Intelligence Unit and others who have tipped a 2020 US recession!

I think President Trump’s political cycle has the best chance of helping both the economic and stock market cycles, which is why I remain with the consensus that sees stocks going up this year, even if we see Wall Street retest the December lows and we’d follow suit.

The chart below will remind you of where we are, where we’ve been and where we could end up, if US company reporting season turns negative. 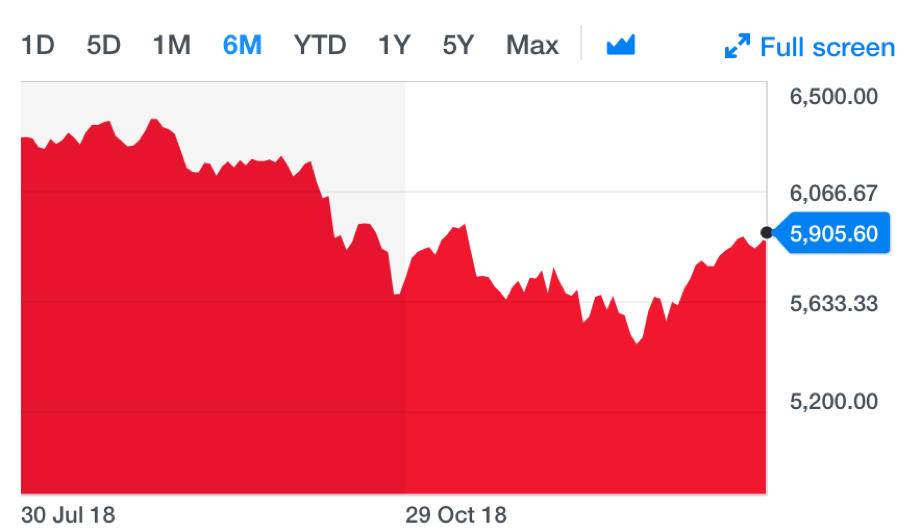 So far the news has been good. On Friday morning, CommSec’s Craig James told us the following: “According to Refinitiv data, of the 97 S&P 500 companies that have reported fourth-quarter results, 75.3% have topped profit estimates.”

That’s pretty good news but overnight both Caterpillar (the heavy earthmoving machinery company) and tech firm Nvidia both reported disappointing news about their companies’ results, thanks to a slowdown in China. And Wall Street reacted negatively.

Now this could be trade war related but, interestingly, Nike, a US company that sells big in China, hasn’t seen any problems with their sales there, so it could be industry-specific problems rather than an overall China big economic problem. Time will tell.

This week we’ll see a swag of US economic data and I really hope it hoses down fears about the US economy. The Yanks get retail sales, durable goods orders, home prices data, consumer confidence, economic growth, personal income data, manufacturing indicators and then the biggie — the jobs report — at the end of the week. This is huge and if the news is bad, stocks will sink like a stone and vice versa, though a big spike won’t happen until a trade war deal is struck.

Donald knows he can’t make life too hard for the US economy and that’s why he accepted a wall backdown temporary solution. This followed a White House economic advisor report that showed how US growth could be negatively affected.

And this is where Bill Shorten has to be sensitive and sensible if and when he becomes PM. His would-be Treasurer Chris Bowen has committed to implementing the Hayne Royal Commission recommendations in full but if what looks like a nice social idea to the lawyers running the RC has a shocking economic implication, then Bill will have to be smart.

Financial institutions must be forced to behave and a good consumer claims tribunal system has to be created to ensure those badly treated are compensated but banks need to lend to business and consumers, or else we’ll create a homegrown recession.