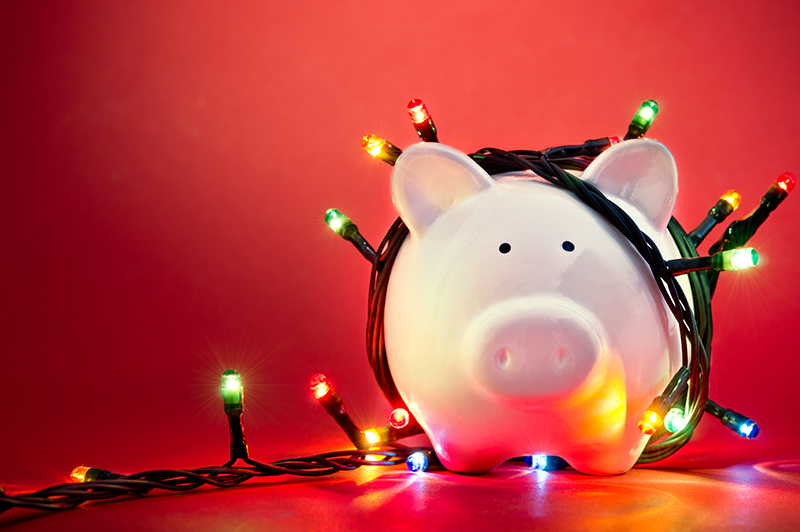 Will this slump turn into a Christmas rally?

In the age of twitter and Disqus, where readers’ comments are valued, despite how inane and ‘nasty’ they can be, I have to put into perspective some feedback, following my article giving young people 11 lessons to make them richer and more successful. I suspect most people found this to be a helpful piece.

One smarty pants (or possibly nasty pants) commentator took to Disqus and left the following feedback: “Tip 12: Don't listen to Peter's prediction of 7000 on the ASX200 by the end of the year.”

Gee, that would’ve hurt, if I hadn’t been doing this for over 30 years! Of course, in the good old days, when a complainant had to ring a radio station or a newspaper to vent (or even have to write a letter, get a stamp and go to a post box), unpaid critics were less ‘in your face’!

I have to be fair, I do spend a lot of time trying to right the wrongs that I see in the media out there by conniving politicians, misguided doomsday merchants and commentators with a permanent commitment to telling people that their view on the world is right.

Sure, I might back optimism over pessimism most of the time because history and psychology tell me it’s right and fitting to do so, but I have been pessimistic on Bill’s negative gearing policy purely from the point of view that it’s pro-buyer rather than pro-seller.

I can’t help rational economic analysis that tells me that a policy that’s designed to make property more affordable will be a disadvantage to sellers, especially if it’s a property that an investor would like to buy. Apartment owners are a relevant group, who generally get investors showing up to auctions. But I don’t want to go on about that today. I want to put my 7000 call on the S&P/ASX 200 index into perspective.

The S&P/ASX 200 started the year at 6065, got to a low of 5751 in early March, then climbed out to a high of 6351 in August. Then the combined smackdown of Trump’s tariffs on China plus US interest rates rising and an unbelievable buying surge of FANG stocks rationally ended. Then Wall Street sneezed and we caught a cold!

Our market rebounded yesterday, up 63 points (or 1.1%) but I can’t be sure that this market negativity, born in the USA and over-reacted to here, is over yet. I suspect we need to get the US midterm elections over on November 6 and then hope Donald and China’s Xi Jinping can come up with a deal. And then stocks will spike.

But this is all guesswork, as was my 7000 call. But get this: I don’t pluck numbers out of the air and say: “Yeah, that looks good. Let’s run with that!” No, in January, Trump’s tariff play was all talk but when it became real and he was picking fights with the EU, Mexicans, Canadians and the Chinese and they were returning fire, markets got jumpy.

What I’d based my 7000-guess on was that the US economic recovery was going to be stronger than many experts were predicting. And I was right on that. I also believed the corporate profit story that was predicted and US companies have delivered on their promises or predictions.

So all the economically guessable drivers of a positive stock market delivered but not even a reasonable economist like me can foretell what Donald J. Trump can come up with. This guy oscillates between dumb-sounding bully to the smartest guy in the room and from manipulator to insightful entrepreneur. Trying to second-guess him has been beyond me. And it’s made worse because the stock market reacts to him,

Here’s an example from CNBC today. This is their lead markets story: “Stocks gave up all of their sharp gains from earlier on Monday as the possibility of more U.S.-China tariffs, coupled with a decline in tech shares, offset strong gains from banks.”

News got out that the President has promised to slap more tariffs on China, if his talks with Xi don’t work out. As a market-caller, which is part of my job, Donald has proven to be the hardest politician ever to factor into my predictions. The fact that people like me have to understand people like this unusual US President, shows how hard index calls are.

Personally, I’d rather not have to make them but readers/followers/listeners/viewers like to use these benchmark calls to get an idea of how they should invest.

I know “it’s a mug’s game” guessing the index but it has value, especially if it turns out to be right. That said, it’s made harder when nasty people take me too seriously and, in particular, want the prediction to be right within a calendar year timeframe.

What I do is hard but someone has to do it. Ultimately, I’ll take the heat from being wrong within a stated timeframe. However, as long as we do see 7000 next year some time and the return from being in stocks over the financial year is better than being in term deposits, then I think I’ve delivered to my readers/followers/listeners/viewers.

Last year, true Switzer believers, who ignored the doomsday merchants, saw the stock market deliver 13% and my safety-oriented SWTZ fund delivered close to 12% grossed up, while term deposits were lucky to be 3%.

OK, a gentle dig when I’m not spot on is sufferable but let’s remember:

• I tipped the US economic policies would beat Great Depression calls.

• I recommended buying stocks before the March 2009 turnaround of the stock market.

• I railed against the RBA’s excessively high interest rates, which it eventually reversed.

• Seven years ago, I scoffed at those who tipped house price Armageddon.

• I backed the RBA and Treasury on their 3% plus economic growth forecasts.

• I believed in the US economic growth, earnings and stock market stories; and

• I even cut Trump some slack on the economic pluses of tax cuts, deregulation and infrastructure spending, though his trade war stuff is an annoyance.

OK, our market has not rebounded like Wall Street but as Chris Richardson pointed out on my TV show last night, Australia looks like it will grow nicely for the next couple of years, wages will start to rise, the Budget is nearly in surplus and the dollar is low enough to help not only the economy but lots of companies on the stock market.

I don’t think the bull market is dead yet. And with Goldman Sachs and the Economist Intelligence Unit tipping 2020 as the likely time that the USA might encounter its next recession, it seems sensible to remain long stocks.

And by the way, when I cut back my 7000 call to 6600 on my TV show earlier in the year, Michael McCarthy of CMC Markets and Gary Stone of Sharewealth Systems both said “don’t give up on your call too easily”.

However, like me, both these men didn’t expect the Trump -v- China thing to get so serious. But heck, the world is complicated and what we try to do is, as I’ve said, damn hard. But when you add the pluses and the negatives, Switzer followers are in front.

And I hope I can keep it that way.