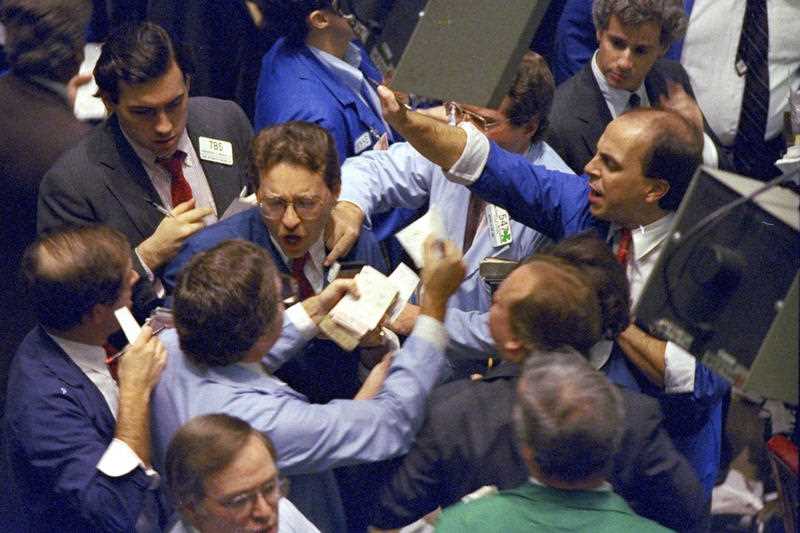 If you are reading this today (Friday), then 30 years ago today Australia was looking at the worst day ever for shares, as it was day one of the 1987 Stock Market Crash, which inevitably led to the recession of 1991. Let me give you some disastrous data from the time to help understand how scared people were. It was a bit like the fear around the GFC crash of 2007-09, when my usually negative journalist mates were right to ask the question: “Is another Great Depression coming?”

Have a look at these facts from this scary time:

I could go on but the more relevant issue is: What caused this slump in stocks that led to a worldwide recession, where unemployment here in Australia went over 10%? And a follow up question has to be: Are we heading in the same direction now? And could it happen soon?

Looking at the causes, computerized trading (which had just been introduced) was blamed for exacerbating the losses. That’s probably right, given the size of the sell-off on day one.

But the former BT Financial Group chief economist, Chris Caton, has argued in the past that “commentators are still arguing over what triggered the US share market collapse. The US share market was clearly overvalued, you could see that if you looked at the price earnings ratio," he said.

"If that was true in the US, it was even more true in Australia. We'd had an extraordinary run up in the price earnings ratio in Australia in say the 12 months before that. The market was overvalued.” (abc.net.au)

Many experts argue that the US market is overvalued and even our underperforming stock market to many appears to have “stretched values” as they often comment. When share prices look like the company valuations are stretched, you can see stock market sell offs.

There was an unusual US President in Ronald Reagan, who was in the saddle from 1981 to 1989. He had encouraged the animal spirits of entrepreneurs and big companies and an economic and stock market boom happened but the market crash was related.

The business and finance world was experimenting with deregulation of the financial system and central banks were learning on the job. And it explains why home loan interest rates in Australia went to 17% in 1989, ahead of “the recession we had to have” as Treasurer Paul Keating once called it. For his ‘sins’, he was PM from 1991 to 1996, which wasn’t a bad reward, all things considered.

So, are there similarities with 1987 and now, which might make me think a crash is close?

The answer is ‘no’ for the following reasons;

Stock markets run ahead of economies — they anticipate economic growth and rising profits to justify higher share prices — but when a curve ball comes along, like the dodgy loans in the USA that sparked the GFC crash, which eventually took stocks down 50%, it creates panic.

Our stock market has not passed its old pre-GFC crash level of 6828.70 on the S&P/ASX 200 Index, and while history says our market should pass its old all-time high before eventually crashing, this history can’t be relied on 100%.

But, on balance, 2018 will be good for stocks, although I could get a little nervous when we pop champagne corks in 2019, if the year before ends up looking like 1987 or 2007. The seven-thing is a little worrying, as the Asian Financial Crisis was 1997 but I can’t be influenced by numerology, whatever its merits!