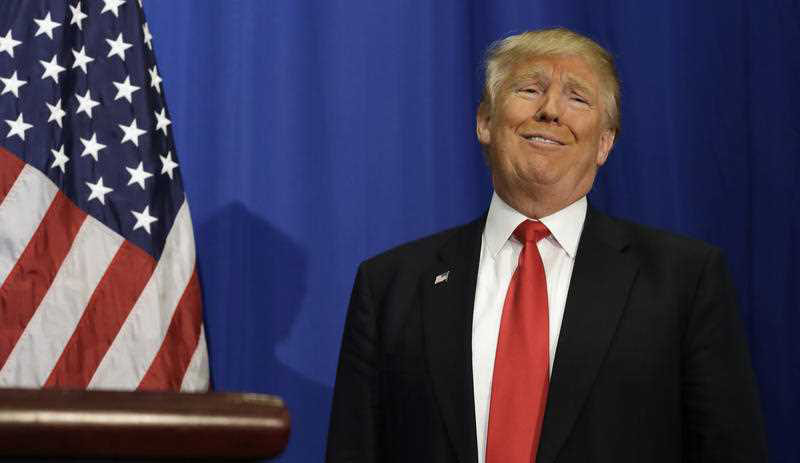 Will the Trump trickle-down create an Aussie win too?

Like it or not but as of January 20 next year, when Donald J. Trump becomes the 45th President of the USA, we will be witnessing what might be called the Trump Trickle Down test.

Undoubtedly, it will be called Trumponomics, as most big economic experiments by politicians get labelled. And one day there’ll probably be a Trumpgate when he gets into trouble for covering up something that always was OK in the world of business and horsing around Donald-style.

Happily, stock markets have gone from hating to loving Trump because they’re stuck with him (unless he’s impeached) for at least four years, but I bet it’s eight!

They’re choosing to ignore his wackier, voter-attracting policies to focus on his tax cuts, his infrastructure spending and his more business-friendly history, compared to the Democrats.

We see this in the spike in share prices for US banks and healthcare companies since his election. Industrials have also had a nice run since Wednesday last week and the Dow hit an all-time high! This is the best way for the stock market to show Trump-love.

"This is a grand slam home run for the [banking] industry," Dick Bove, vice president of equity research at Rafferty Capital Markets, said in an interview on CNBC.

There is also a belief that if Trump’s policies get a run from Congress, economic growth will spike, pushing up inflation and interest rates. The Americans could run out of workers so Donald might have to start inviting Mexicans to “come on up” or over the wall that he still intends to build. As he told 60 Minutes “I’m very good at this, it’s called construction.”

Trump’s policies have to make good on his promises to the job-seeking working class of America and the disenchanted middle class too. The SMH on the weekend had a story about a Muslim, former business journalist who voted for Trump because her once beloved Democrats were all promise and no delivery! As she wasn’t living the American dream as a liberal Muslim, she took the Trump challenge in the poll.

Trumponomics is already being compared to Reaganomics, which was linked to something called trickle down economics. Wikipedia interestingly notes that “the term has been attributed to US humorist Will Rogers, who said during the Great Depression, that "money was all appropriated for the top in hopes that it would trickle down to the needy." Every significant measure put forward by the President will be trickle down tested.

The Wall Street Journal in July looked at the post-GFC economic recovery, which in part explains why Americans were looking for an alternative economic game plan. “Even seven years after the recession ended, the current stretch of economic gains has yielded less growth than much shorter business cycles,” Eric Morath reported. “The economy has grown at 2.1% annual rate since the U.S. recovery began in mid-2009.”

In September this year, the WSJ showed how welfare payments have been boosted under President Obama, but history shows that “the administrations of political progressives have made the distribution of income more unequal than their adversaries, who supposedly favour the wealthy.”

The US Census Bureau looks at three measures of income distribution that economists look at, including the well-known Gini index. All three show that you have to be hard to be kind.

On these three measures, income inequality rose more under Bill Clinton than Ronald Reagan and it wasn’t even a close-run thing. And yes, George W. Bush was miles better for income distribution to lower income Americans than the well-meaning Democrat, Barack Obama.

An interesting point the WSJ makes is that both Democrat presidents let monetary policy expand, which created a financial asset bubble. And the people who gain the most when financial assets become more pricey are the rich! “Cheap money is a boon to those who can access it,” the WSJ’s Lawrence Lindsey argued.

The bottom line is conservative governments get more people back to work either by job creation carrots, tax cut incentives, or by changed entitlement sticks.

Work done by the Hamilton Group and the Urban Institute showed that for families in the $20,000 to $50,000 income bracket with one person working, if a second one gives up welfare for work, the loss of food stamps, tax credits and medical support pushed the effective tax rate on any extra earnings to something between 50-80%!

Welfare support was trapping people in a government-enhanced poverty trap. Not surprisingly, the number of two-earner households fell in the first six years of the Obama administration. However, that could have been part-economic, as the economy was challenged from 2008 to 2012. Over the past two years, we have seen enormous employment growth, which might make his Presidency look better in terms of income distribution when the data is released, but the important point is that people are better off with jobs.

In simple terms, Trump’s electoral pitch had anti-Mexican and anti-Muslim rhetoric but his real pitch was more growth, more jobs and less taxes.

Given those income distribution numbers, this was a message tailor-made to an audience who felt trapped by the post-GFC, Democrat-driven economy.

Trump’s trickle down test will ultimately show the results in these income distribution surveys but until then, it will be all the way with Donald J.

By the way, Will Rogers, was a wise and funny guy who once observed of himself: “I belong to no organized party. I am a Democrat.”

He also said: “A fool and his money are soon elected.” And this too: “Everything is funny, as long as it’s happening to somebody else.”

P.S. The Australian newspaper today tells us that the Trump election win will give our Budget $10 billion over two years via higher iron ore and coal prices. It looks like Donald could be the entrepreneurial President that a post-GFC world economy had to have. I hope it works out.