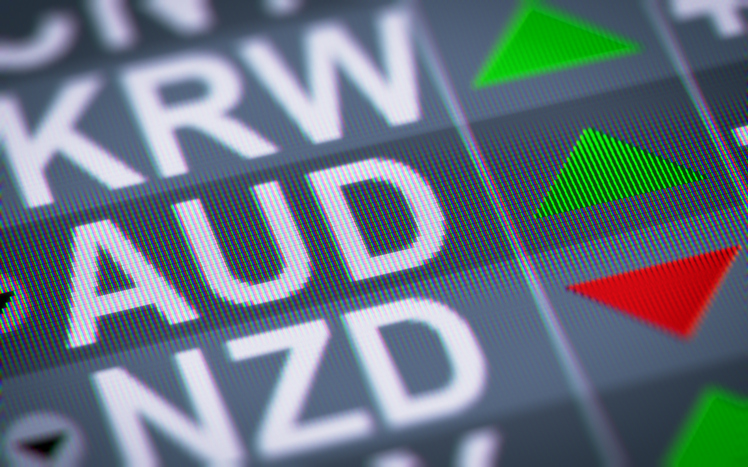 Will the surging $A give us a rate cut?

The dollar took out 76 US cents yesterday and it now has its sights set on 77 US cents. This really puts the Reserve Bank into a huge pickle, which it looks like it will have to swallow the hard way — whole!

Why? Well, our insatiable demand for property goes on unabated, with this week’s show-and-tell on the latest price rises screaming the question: “How could the RBA even think about cutting interest rates?”

In case you’re not from around here and therefore you don't understand property, a rate cut would drag more Aussies out to an auction on Saturday morning and house prices would keep on rising!

This could turn this inordinately big boom in property, especially in Sydney and Melbourne, into a bubble and could set us up for a spectacular bursting of the said bubble, which could undermine bank balance sheets, KO consumer confidence and potentially sow the seeds of our first recession since 1990!

However, all this fairly logical analysis comes as some economists are hanging on to their belief that a rate cut is likely. Some even think there could be two! Whatever they’re on, I want some.

Certainly, the only argument for a rate cut is this damn rising Aussie dollar because a lower dollar would be better for economic growth and would also help the stock market because there are a lot of good companies that export. When they earn foreign currency with their sales, they pocket more profit when they convert their overseas-earned revenue into $As.

Undoubtedly, the RBA would like to cut again to take some wind out of the dollar’s sails and to ensure we get nice economic growth over 2017. However, the rising commodity prices that have driven up BHP’s, Rio’s and other miners’ share prices have put the dollar on a surge.

Since New Year, it’s 6% higher but it was really helped this week when we recorded the best trade surplus ever! Market experts expected the December surplus to be $2.2 billion but it came in at a whopping $3.511 billion! This should help our economic growth rate for the December quarter and really give the nation’s doomsday merchants the kick in the pants (where their brains might be) they deserve.

Their hopes were raised (or for them is it lowered?) when we recorded a minus 0.5% drop in growth in the September quarter — but my monitoring of economic data over October, November and December says we should be back in positive territory for the last quarter of 2016.

As I pointed out earlier, the real problem for the RBA is house prices and this is what we discovered earlier this week: 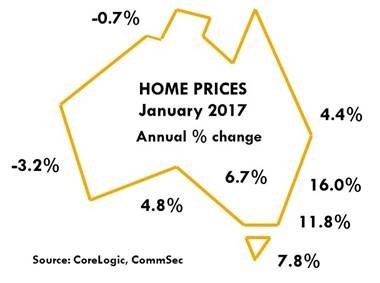 By the way, Louis Christopher of SQM Research thinks both Sydney and Melbourne are set for another big price rise this year, with guesses close to 15%. That’s why house prices will trump any rate cut hopes to bring down the Aussie dollar.

My colleague in the Switzer Super Report, Charlie Aitken, wrote yesterday that he thinks the dollar is heading to 80 US cents. He said the same on my TV show this week.

The RBA would love a lower dollar and would fear an 80-cents level but we coped when it was $1.10 in 2011, so it’s highly likely our economy will do OK even with a slightly higher Aussie dollar.

In the middle of last year, an expert from BT Investment (who I won’t name and shame) said our dollar was overvalued and his worst case saw it at 40 US cents! That guy would not be feeling too confident in his forecasting ability right now but I must say our damn dollar can be hard to pick.

That said, whatever he was on then, I never want to try!