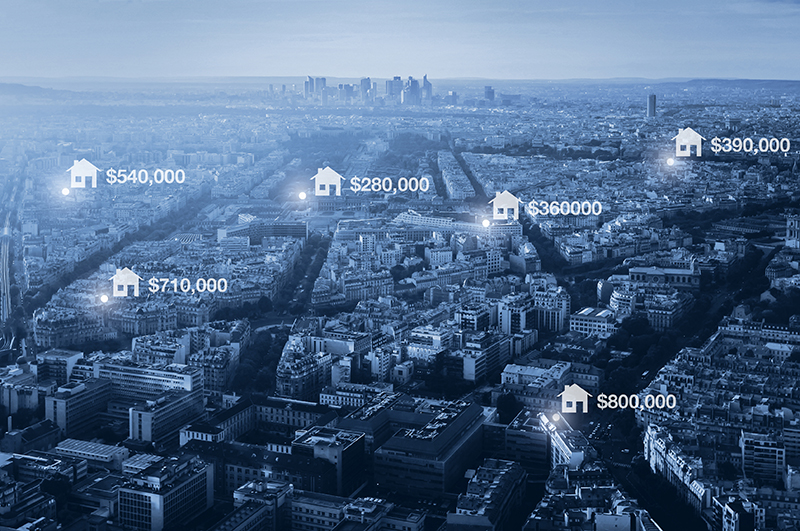 Will the job numbers be enough to stop a house price Armageddon?

Anyone worried about house prices should be happy about yesterday’s employment data but our major news outlets seemingly ignored the revelations.

One thing that surprised me this week was when I took a look at the outlook for house prices with the scariest property price commentator in the country, Martin North of Digital Finance Analytics (DFA). Along with the CBA’s chief economist, Michael Blythe, and Nicki Hutley of Deloitte, on my Money Talks TV programme on the Your Money channel,  it was Julia Lee who surprised me the most.

Each week, Julia, who’s from Bell Direct, selects a hot stock and because I was focusing on house prices, I asked her to look for a residential property-related stock.

In setting up her stock selection, she made the following points about the cyclical factors impacting on prices: “This sector is cyclical and is impacted by a number of factors,” she pointed out. “Some key economic factors to be watching include:

• Employment: if employment remains strong, that should see a relatively soft landing for property and lessen the impact for consumer-related stocks from the wealth effect.

• Money supply: Money supply growth is at a 26-year low. The money supply is the amount of money in the system. It hit a high in November 2017. Money supply and total lending have a positive impact on property prices.

• Building approvals is important as a forward indicator for building activity and demand, which in turn impacts on building material and construction companies.”

All this stuff was a good scene setter and didn’t surprise me. Many of my viewers could have liked the economics lesson. However, as someone who watches the economic data daily, this observation from Julia surprised me and underlines the value of not just looking at monthly data.

Writing a follow-up piece for our investor newsletter The Switzer Report, she noted the following:

“While there’s abundant negativity on the Australian housing market, activity levels look OK. Building approvals are at 205,000 vs peak 250,000 vs the long-term average 160,000 and importantly, unemployment is exceptionally low.”

I had noted the numbers for approvals jumping around but I hadn’t taken a more considered view like Julia.

It told me that while approvals were falling, they were falling from very high levels and were miles above the long-term average. I had noticed that car sales had fallen notably but they too were from record high levels as the industry treated us to something we’d never seen before, namely 1% car loan/leasing packages! The GFC changed a lot of things and, along with digital disruption, changed the value of some economic indicators for guessing or forecasting our economic future.

I like building approvals as a start but you do want to see building starts happen to ensure work gets started.

Retail is another area where economists have to be careful. Old economics said if house prices are down, then retail goes down because people feel poorer because what they get for their house falls but this can be an exaggeration.

The people who feel bad now are those who bought say in 2017 and maybe 2016 and would have been caught up in the boom market auctions. I was warning readers here, on my TV show and my radio programme that prices were elevated and property like shares can fall.

But Sydney prices are down about 10% and Melbourne 7% so most homeowners should, in post-purchasing terms, feel pretty rich! The rise in house prices in Sydney over a six-year period was around 80%, so if consumers are getting spooked they are easily unnerved.

Martin North quotes his mortgage stress stats but these are pretty new numbers and haven’t really been tested over time. These numbers are at odds with the info economists use and seem strange when interest rates are at historic lows.

He was wrong then but a lot of Twitter-based commentators think that along with Martin North, this time he’s on the money.

It seems to me if our economy goes pear shape rolling into recession, either for overseas trade war reasons or local reasons, such as bank lending because of the Royal Commission, post-election changes to policy or the house price collapse that scary commentators believe is on the way, then Steve and Martin will be recognised as insightful. But if they’re proved wrong, they will cop a bagging.

That’s why economic data and big overseas developments, such as the Trump trade deal over the first-half of 2019, will be crucial to the economy and then house prices. Be clear on this: if unemployment doesn’t head up and interest rates don’t rise significantly, then house prices will fall but not collapse.

All the economies that had a big boom/bubble with house prices saw their economy dive into recession. It was a vicious circle where the GFC triggers hit banks, banks hit borrowers, this hit house prices and demand, creating a recession. And house prices fell further.

If we can avoid recession and our banks are as safe as we presume, then the really serious house price collapse predictions are over-the-top.

That’s why I liked yesterday’s job numbers. They could have been better but they were better than expected.

The jobless rate at 5% was the best in seven and a half years. Jobs were up 21,600, compared to the 18,000 economists predicted. And this is on top of a huge jobs run up over the past few years. Sure, most were part-time but hell, December always creates part-time jobs for the holiday sales.

Now remember, I expect house price falls but I side with most economists, who think 15-20% will be the worst-case scenario. They don’t see an upcoming global and local recession anytime soon. If they’re wrong, my less scary house price falls will be proved wrong.

This is why watching the Trump trade negotiations, China economic data and local economic and policy developments are crucial for house price predictors.