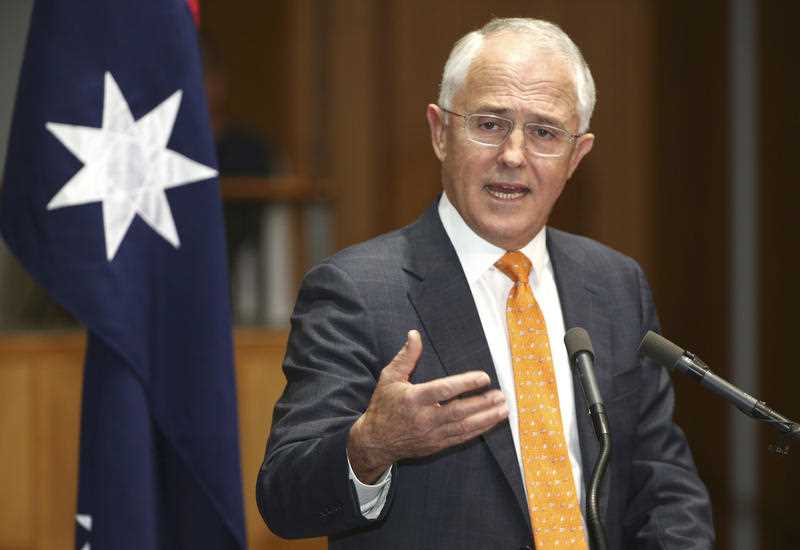 On July 2, we’ll see if the Liberal MPs decision to kneecap Tony Abbott was a wise one. We’re looking down an eight-week time tunnel of virtually 24/7 news coverage of the longest federal election campaign in history.

The AFR’s Phil Coorey says it has been 85 years since an Opposition won Government after only one term in the political wilderness and that happens if Bill Shorten can win 19 seats — that’s a 4% swing.

As an economist who likes to help people make money sensibly, I wanted this election to be held as late as possible to ensure there’d be no significant negatives that could undermine my expected rebound of the economy. A stronger economy looks likely with the recent interest rate cut and, possibly, another on the way. And the lower dollar, which has fallen from 77 US cents on Tuesday to 73.6 US cents today, should also help stock prices and our super balances.

In fact, the only threat to super this year looks likely to come from Scott Morrison’s first Budget, which could prove to be an election killer for the Coalition. A lot of people could be hurt by these proposed changes and what Labor does with them could really have a big impact on the poll’s outcome.

One day we’ll learn the real reasons why Malcolm Turnbull went for an early double dissolution election. He certainly hasn’t waited to catch Labor with their pants down, as Bill Shorten and Labor have come back from the dead in terms of political popularity.

In October last year, Malcolm Turnbull was preferred PM for 63% of Australians, while Bill had 17% rooting for him. The two-party preferred numbers were 52-48 or 53-47, depending on what polster you believed.

By April, Newspoll had Labor in front 51-49 and you can’t believe the news just ahead and just after the Budget could’ve helped Malcolm’s case for another term.

If you’re a Malcolm supporter, you have to hope he has a Black Adder or Baldrick “cunning plan” that will be revealed over the course of the election.

One other curve ball for the Government’s re-election might be the stock market’s reaction to the strangeness that can happen over May and June.

"Strange things seem to happen around this time of year," said JPMorgan’s John Normand, who’s head of foreign exchange, commodities and international rates research in the US. He pinpoints seven worries that could kick off over the next few months and they’re worth thinking about. Consider these with my comments thrown in in italics:

1 . A jump in US inflation, which could spook the stock market as it implies higher interest rates faster than what is expected now.

2 . A recession in the US if the Fed hikes rates too aggressively but that would take time, though any fear of recession would hit stock prices.

3 . A tapering of stimulus in China, which could lead to downgrades for our economic outlook.

4 . Political uncertainty following a Brexit and as we saw with Greece last year around this time, stocks sell off when markets fear the unknown.

5 . A spike in oil prices to above $US60, which should help the stock market but it would hit consumer’s/voter’s purchasing power during the election campaign.

6 . President Donald Trump would be a November threat but the fear of it could hype up over the next two months that could bedevil Wall Street and we should play follow the leader.

7 .  Central banks stopping to buy bonds, which would knobble the world economy and create the basis for a huge stock market sell off, which is a problem for another year, I suspect.

I’d throw in that the slowdown effect of the election campaign and all the fear it generates won’t be good for business and consumer confidence. And there’s a lot of fear scheduled to be pedaled in the next eight weeks!

You can also throw in the old ‘sell in May and go away’ stock market challenge, which is quite possible this year, with US stock market indexes near all-time highs. The Yanks have had mixed economic data and the job numbers out on Saturday came in at 160,000, when 200,000 were expected. If they get another low number in four weeks’ time, US recession talk could escalate and even though I can’t see such a threat, markets can get mad, bad and dangerous very easily.

The interesting issue is whether bad market news and huge international threats to our economy are good or bad for the Government.

A Roy Morgan poll found 38% of Australians are most concerned about economic and financial issues. This was a burning and most important issue beating immigration, the environment, social problems, etc.

Interestingly, in March this year, academic Peter Brent at Melbourne’s Swinburne University argued on abc.net.au that: “Rightly or wrongly, many voters just can't shake the perception that Labor isn't good with money. More than anything, this will help get the Coalition re-elected.”

The calibre and competence of the Coalition as money managers has taken a bit of a beating because the Abbott Government didn’t get its first Budget passed, thanks to that Palmer-influenced Senate, and then a slowing economy in 2015 meant deficit reduction became too hard.

I liked the Budget with its small business incentives but I think the 2.5% growth forecast is conservative — we should grow faster than that and I told the Treasurer that on Wednesday night on my TV show. However, the super changes were excessively harsh and this could be politically damaging for the Government’s hopes of being re-elected.

My greatest fear is not another Labor Government but another three years where the Government of the day can’t get a Budget passed, which will defeat the deficit and the debt dragon.

Maybe a scary market episode over the next two months might play into the hands of the Coalition because of their perceived safer pair of economic hands but in this instant gratification Internet-savvy, social media world, you have to expect the unexpected.