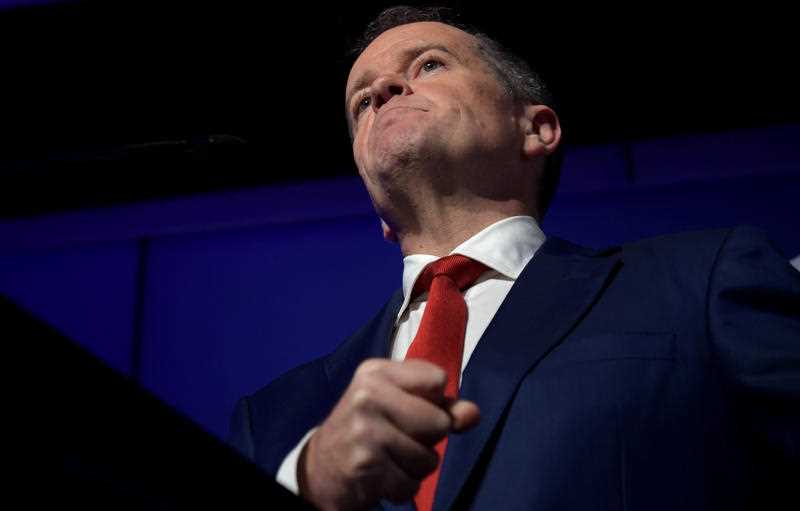 Will Shorten's tax take be unfair to higher-income Aussies?

Bill Shorten will soon release his tax reform plan for Australia and it looks like he wants to crack down on those who aren’t paying their fair share of tax. As I thought about that, I wondered how you work that out.

Is it by saying we’re all equal and therefore we should pay the same tax? Or is it by saying that if you’re a low-income earner, you pay less tax?

But that’s what happens now. Have a look at the current tax rates:

This is called a progressive tax system and there seems to be a penalty already inbuilt into the system for anyone good enough, talented enough, lucky enough or silly enough to work really hard and be rewarded.

So who will he be hard on? It looks like anyone who uses the tax system to reduce their tax payments could be fair game. He has cited the people who pay accountants/tax lawyers $1million to not pay any tax, so we can only presume that they’d pay many millions in tax, if it wasn’t for the silly tax laws that make it easy for smart tax experts to take billions off we Aussies who don’t pay these tax guns for hire.

However many of us do go to tax experts, so where does Bill draw the line? The local tax agent and suburban accountant will save us money by telling us what we don’t know, which gives us an advantage over those taxpayers who might do it themselves. 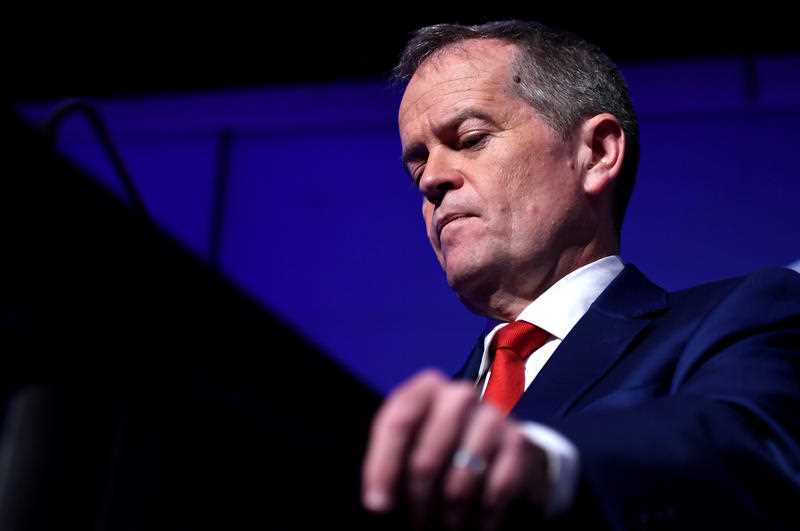 Treasurer Scott Morrison highlighted the number of normal people who use negative gearing before the election. The ABC Fact Check website showed “that police were most likely to use negative gearing, with 23 per cent (13,090) recording net rental losses, followed by 14 per cent (55,795) of teachers and 12 per cent (37,165) of nurses (table)”.

The data shows that higher-income people benefit more from tax loop holes but the data doesn’t say anything about what happens if Labor took away negative gearing from existing homes and kept it only for newly built ones.

It doesn’t say anything about what happens to existing house prices when the supply increases, as landlords try to beat the house price fall. It doesn’t say how retirees, who rely on the value of their homes to ensure a comfortable lifestyle, will be left, if they live too long and have to sell their home to get money.

And what about those people using reverse mortgages, who might see their home drop in value?

Bill’s tax lines have to be drawn carefully. And it has to be asked: Are two Australians on $100,000 equal in the eyes of the Tax Act? Well, the answer is yes but there are reasonable exceptions.

For example, a small business person can claim their morning tea at a coffee shop (presuming they’re having a business meeting there) as a tax deduction, without a fringe benefit tax being imposed, because of the size of the expense. This means the taxman pays for his muffin! But that meeting could lead to a contract that could employ people. Believe me, I know this.

However, is a small business owner who clears $100,000 a year, and employs five people in his coffee shop over the year, entitled to some tax advantages over say an insurance worker on the same pay? I think a job-creator, a job-trainer and personal wealth risk-taker, who often puts their home on the line to borrow money to build a business, which can pay a lot of tax via GST as well as PAYG, fringe benefits, etc., should be appreciated and cut some slack.

Bill has to be really careful in pursuing what he thinks is tax fairness so that he doesn’t take away the incentive to leave the safety of say the public service or a big organisation to open a business to employ people, to build wealth, to demand supplies and workers, which all adds to economic growth.

The Labor Party of Bob Hawke and Paul Keating understood the balance between the fair interests of workers, taxpayers and business. In the late 1980s, Treasurer Keating did deliver a Budget Surplus, which surprised a lot of fiscal experts, but the recession of 1990 threw the Budget back into deficit. So, considering that the next election is 2019 and the stock market has gone up since March 2009, then 2020 could easily be getting close to the next market crisis and even a worldwide recession. Bill’s tax crackdown might wind up being ill-timed.

One of the interesting take outs from The Roosevelts, a documentary looking at one of America’s greatest presidents, Franklin D. Roosevelt, who was from a well-off ‘patrician’ New York family, was that he was committed to ruling for all Americans.

His cousin Teddy, who competes with him for the mantle of America’s greatest President, along with Abraham Lincoln, was also seen as a man who could separate his family and inherited business bias to make decisions for all Americans.

If Bill’s tax decisions continue a theme that looks like he’s cashing in on a “them and us” policy approach, he could easily burn the people in the middle, who might be employees today but want to be employers, landlords and investors tomorrow.

This group of aspirational Aussies is really important for the economy. If the Tax Act takes away the incentive to take risks, then the economy will suffer.

It will be interesting to see if Bill’s reforms attack the perks that MPs receive. I personally don’t have a big problem with them, as I think we have to have incentives to attract good people. Bill’s biggest tax test will be if it shows that he understands that incentives are really important for the people he seeks to lead and the economy, which he could either help or hinder.