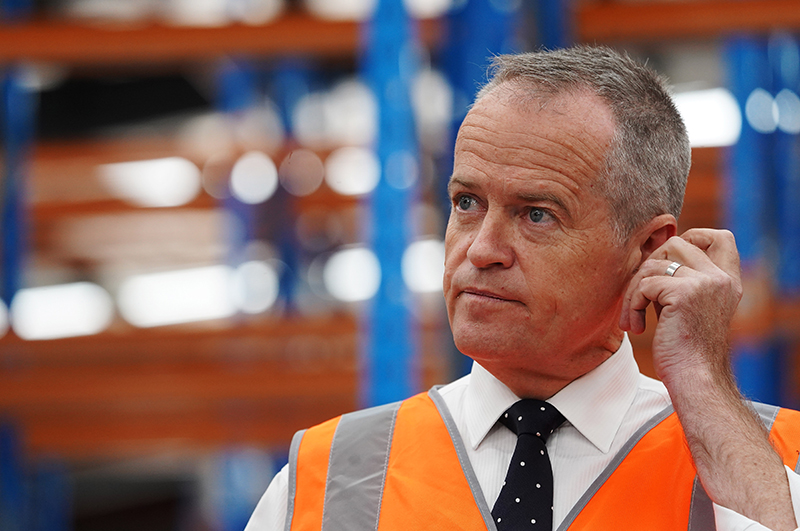 I know the doyen of election analysts, Malcolm Mackerras, tipped Dr Kerryn Phelps would take Wentworth but I didn’t think the rejection of the Government, in what should be a very safe seat, is testimony to how disunity in politics is death. As the legendary US President, Abraham Lincoln lectured us that: “A house divided against itself cannot stand.”

And so it has to be accepted that while negative, right-wing elements were at the heart of this Wentworth whitewash, the calibre of Malcolm T’s leadership had a role to play as well.

When a football team fails, the team leadership has to cop the hard questions and, to be realistic, the Labor Party looks like a more unified and smarter outfit. In fact, they cleverly put up a candidate in Tim Murray, who was never going to beat the good doctor, therefore ensuring that Dave Sharma would lose, driving the Morrison Government into a hung parliament.

But this huge swing against the Government pretty well screams out that we should get ready for a Prime Minister Bill Shorten. And given his party’s unity and professionalism compared to the Coalition, I should be excited but Labor has three policies that worry me.

The first is the rejection of negative gearing and how it could affect the price of all Australian homes. This comes when house prices are on a slide and some economists, once less worried about a big drop in prices, are becoming a little more worried.

Under Kevin Rudd’s Prime Ministership, Labor introduced a mining tax when the mining sector was being de-boomed. I suspect Labor’s desire to make houses cheaper could aggravate a sector already in decline.

Remember, the Coalition has got jobs and growth right, despite their hopeless disunity. And if stopping negative gearing on any existing home bought after the next election happens under Labor, the number of people showing up to future sales will be less. Property investors won’t be able to claim tax deductions on their interest on non-new properties so they won’t show up and bid. It implies lower future prices. This will be a good policy for future buyers but not future sellers!

Similarly, investors won’t have the attraction of the current policy that if you buy a property and hold it for more than one year, then any capital gain you make is halved, before the capital gains tax is applied. This will only be reduced by a quarter under Labor, which will be another reason why investors could be turned off playing in the property market.

Sure, this reduced discount will also affect shares and other assets where capital gain happens but it still looks like a negative for investors. And fewer investors at home sales means lower prices, and stocks could be affected for the same reason, though I think most shareholders will cop the new law and trade on regardless.

The third policy that should be noted by all voters is the refusal to allow most retirees who buy dividend-paying stocks that have tax franking credits, to receive a tax refund from the ATO.

Labor says it will collect about $56 billion over 10 years and $11.4 billion over four years through these changes. However an ANU paper says average retirees receiving these tax refunds would be 9% worse off because of the change.

According to The Guardian, the paper showed that a retiree with $200,000 in superannuation would need $16,540 to make up for the loss of dividend imputation, rising to $43,069 for a person with half a million in retirement savings.

These are large amounts for people with small super balances.

In a better-than-Bill world, for fairness, Labor would put a cap on these refunds and it could be set at $20,000 or $30,000, to ensure those who aren’t rich but who have followed the super rules and have planned their retirements accordingly, are not left seriously out of pocket.

If the Government doesn’t tell retirees to talk to their families about how these changes from Bill will shorten the life of their super savings and will affect younger Australians’ inheritance, then Scott and the Coalition deserve to be blitzed at the next election.

A lot of this policy was drive by a desire to bring down the Budget deficit but it’s already shrinking, thanks to the jobs and growth strategy of the current team in Canberra.

In a CommSec note from Craig James, the headline was: “Federal Budget draws closer to a surplus.” He pointed out that “in the twelve months to August 2018, the Budget deficit stood at $6,890 million (less than 0.4% of GDP) down from $7,088 million in the year to July. The rolling annual deficit is the lowest in 9½ years and a year ago this number was tipped to be $26 billion!

With the Wentworth result clearly tightening Bill Shorten’s grip on the keys to The Lodge, let’s hope he doesn’t crush house prices and retirees’ nest eggs.

One of the enduring lessons of Queensland’s Premier Peter Beattie was that he would regularly admit that he got things wrong and the people of Queensland copped his ‘mea culpa’ on numerous occasions when he held office between 1998 and 2007.

If Labor wants to help people get into homes, maybe it should think about helping developers build affordable housing. Development costs can be as much as 30% of the cost of bringing a property to market and that has to be a big disincentive for builders/developers.

Some think the negative gearing changes should push investors into new properties but when they come to sell them, investors would be less interested in them.

One Melbourne developer who builds quality apartments said many of his past customers bought and held for five years or so and then on-sold them to other investors. He’s worried this chunk of his market will disappear.

He’s certainly a voter whose concerned about the stiff medicine Bill intends to apply to fix what he thinks are our sick finances.

The most traded stocks in Australia and overseas
Should you sell these 10 stocks before June 30?
5 last minute super actions to take before the end of the financial year
The new age game: I spy with my digital eye all your online activities.
Is Novatti Australia’s next home-grown fintech success story?