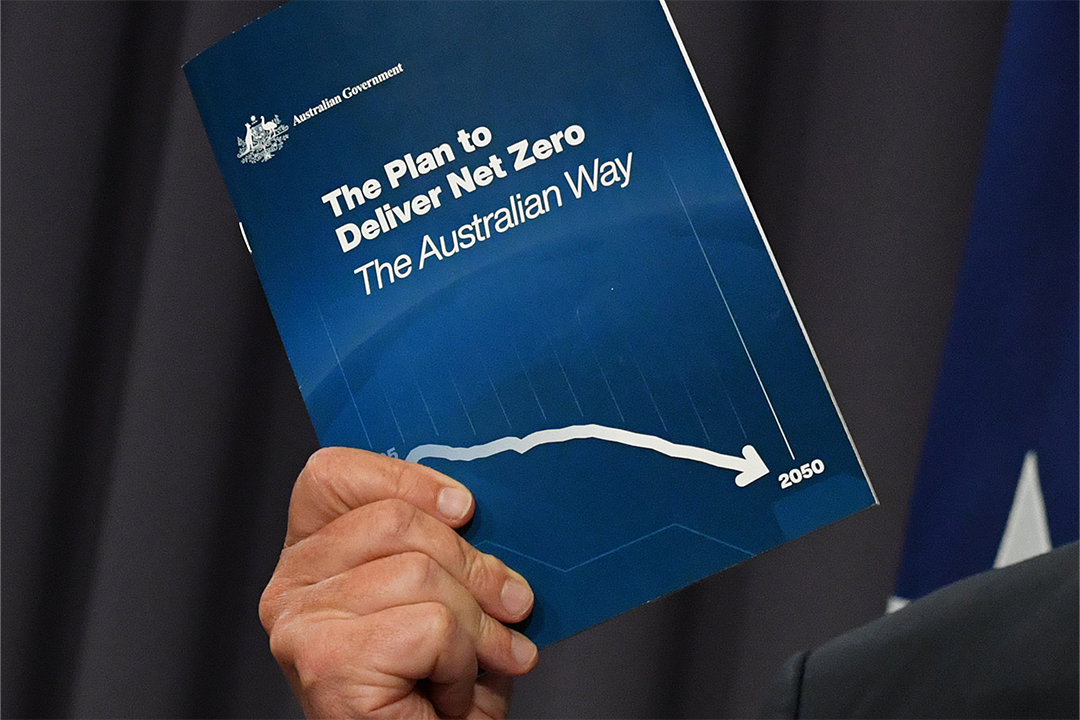 Prime Minister Scott Morrison wants to get on board with the global push to achieve net zero emissions by 2050 but he gave our international and local critics a bit of an ‘index finger’ by saying we’ll do it the “Australian way”!

What exactly is that?

“Australia’s 2050 net-zero carbon emissions target will rely on existing technologies to meet 85 per cent of the goal with the remainder to be achieved through new breakthroughs,” AAP reported.

This is what the PM will take to the United Nations climate conference, which starts on Sunday in Glasgow. And in case you think we’ve been totally ignorant and evasive on the subject of reducing carbon emissions, we have reduced them by 20% since 2005. But economists are warning that trying to pick technology winners could be a dumb and expensive gamble.

In the SMH, Mike Foley has found two well-known economists who think the Federal Government throwing $20 billion at a technology ‘hail Mary pass’ (to come up with something climate saving) is a big and potentially wasteful bet.

The idea is the Government stumps up $20 billion, which leads to big business spending $60-$100 billion on trying to come up with world-first, climate-saving technology.

Think ‘safe’ nuclear or ‘clean green’ hydrogen production that would not only help the world reduce carbon emissions and ditch fossil fuel energy but would reap us plenty of export income. Pull this off and it’s not a multi-billion payday, it could be a trillion-dollar bonanza!

But economists are effectively saying “not so fast new boy to the climate-saving world!”

ANU and world-respected economist Warwick McKibbin says instead of punting $20 billion, the safer Government option is a carbon tax. He hasn’t said technology won’t work but he questions whether any government can pick winners.

“It’s not all about technology,” he told the SMH. “Technology is part of the answer but really if you don’t change the price of carbon-intensive products relative to other products, it’s going to be very expensive to hit an emissions target.

And then there was economist Nicki Hutley from the Climate Council, who’s also sceptically brutal about picking winners. “We know picking winners is bad policy,” Hutley said. “Any economist worth their salt says the way to go is to be technology-neutral. Impose a carbon price and let the market work out what’s most economically efficient.”

And after Glasgow, there’s bound to be more. One day we will join the list but that shouldn’t close the door on earth-shattering technology that would give the world a big bang escalation of climate-enhancing production of energy and manufactured goods.

Undoubtedly, government subsidies and other incentives to get the private sector to come up with a great technology that reduces emissions and becomes a great income-earning export is a big ask, but you can’t allow your business dreams to be determined by economists.

Lord Otto Neimeyer, a prominent Bank of England economist, wasn’t a great fan of Jack Lang’s job-making Sydney Harbour Bridge. Old Otto told the NSW Premier to pay back the state’s debt, but Jack told him to get lost and built the bridge instead.

The Opera House, the Snowy Hydro Scheme and the country’s new tollways are all examples of governments ‘taking a punt’ and working with the private sector, which often costs more than is planned. But, over time, the benefits outweigh the costs.

When we won the Sydney Olympics, economists told stories of how cities such as Montreal had wasted billions on the Games. Some economists have tried to prove they were a loser but they can never work out the tourism effect of those Games. Back then, few economists saw our tourism sector becoming our third biggest export!

This “Australian Way” from the PM is part-economics and part-politics, because Labor would be more in the economists’ carbon tax camp. It could be part pie-in-the-sky but it’s worth a punt.

If new technology reduces emissions and comes up with export-earning technology that the likes of Andrew “Twiggy” Forrest of Fortescue Metals Group believes is possible for green hydrogen, then it’s worth a $20 billion punt.

When the founder of Netflix, Marc Randolph, named his book, he used what was said to him when he pitched the idea to potential backers. What did they say? “That will never work!” Given how important net zero by 2050 has become and our importance right now as a supplier of energy worldwide, this is a gamble we have to have.