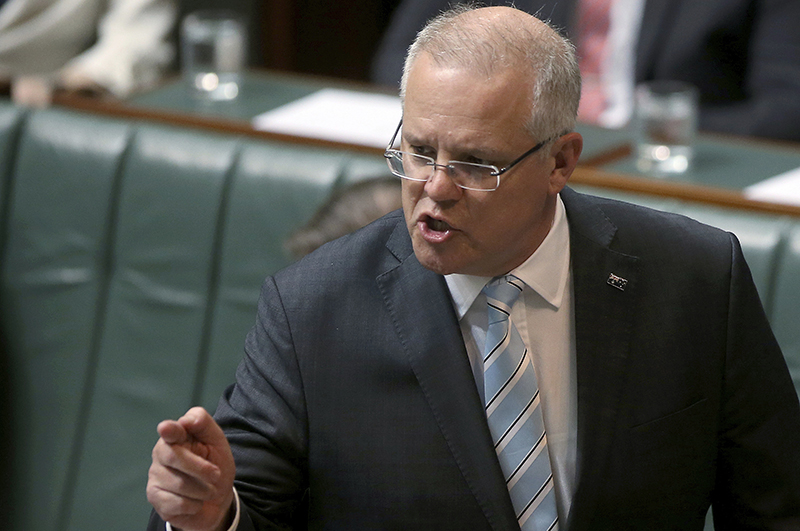 The lines have been drawn on the housing price slump and the optimists are rooting on a bottoming process in train with the RBA, APRA and ScoMo riding to the rescue of the sector and the economy.

However, the pessimists (who can also be tagged doomsday merchants) think that a 40% fall in house prices is inescapable! Their spiritual godfather, Professor Steve Keen, says it has to happen because household debt levels as a percentage of GDP are just too high.

So will this rescue party end up being akin to the Custer/ScoMo’s last stand?

I’ll be putting this question to Coolabah Capital Investment’s Chris Joye on my Switzer TV programme tonight, after we do the final count on the stock market’s day at the office.

Chris was out tweeting on Saturday referring to a Ray White auctioneer who said he’s never seen two contrasting weekends for auctions, with clearance rates in Sydney and Melbourne shooting over 60%. That’s a rebound but the pessimists will be asking: can it last? Is this nothing more than a dead cat bounce?

Meanwhile, George Tharanou of UBS, another economist who worried about significant house price falls ahead of the pack (which he predicted would hurt economic growth), now says the policy shift from the RBA leaning towards interest rate cuts since the election “significantly cut the downside risk for housing and the economy”. (The Weekend Australian)

This comes as Westpac’s Bill Evans has argued that the RBA will try to nuke the property problem with three interest rate cuts, taking the cash rate of interest down to 0.75%.

It also comes as APRA has told banks to reduce the 2% buffer it puts on someone’s interest rate when working out what they could cope with in a rising rates environment.

This is code for banks will start being more reasonable towards borrowers who are good risks. A few weeks ago, Susan Mitchell, the boss of Mortgage Choice, told me on my radio podcast that 20% of borrowers were copping a “No” from banks when once they got a “Yes”.

That told me that these post-APRA crackdown and post-Royal Commission restrictive lending rules were becoming an economic problem. Snd I wasn’t alone. This is why the RBA plus APRA, aided and abetted by Prime Minister Scott Morrison, will try to rescue the property sector and the economy.

ScoMo is armed with tax cuts and a deal for first homebuyers, which he hopes will be a circuit-breaker for the house price crisis and the economy generally.

Under the deal, a first homebuyer would only need 5% to get into a home loan, with the Government guaranteeing the other 15%, which takes borrowers out of mortgage insurance slugs. It will be open to first-time buyers with income up to $125,000 as a single and $200,000 for a couple.

When I interviewed Steve Keen two weeks ago, I asked why couldn’t “enlightened” macroeconomic policy responses mean that the price falls we experience end up being less than 40%, say 20%?

He scoffed at the idea.

What we’re seeing is an attempt by policymakers to avoid a house price Armageddon, which the pessimists think is impossible to avoid.

Time will tell and their case could be made more probable if Donald Trump creates a trade war and a global recession. If Donald cracks a trade deal, our pessimists might have a longer wait for their beloved Armageddon.

Keen thinks the economic storm clouds ahead meant that it was a good election for Labor to lose. I’m sure Bill Shorten wouldn’t agree and I hope my ex-student, Scott Morrison, proves my old teaching buddy at the University of NSW (Steve Keen) wrong.

By the way, Steve owes me a Chinese meal at Hakkasan in London over our last bet on when a recession will show up. One day we optimists will be proved wrong but we have more fun over an economic cycle!

Check out my interview with Chris Joye tonight on www.switzer.com.au and on YouTube around 7pm.