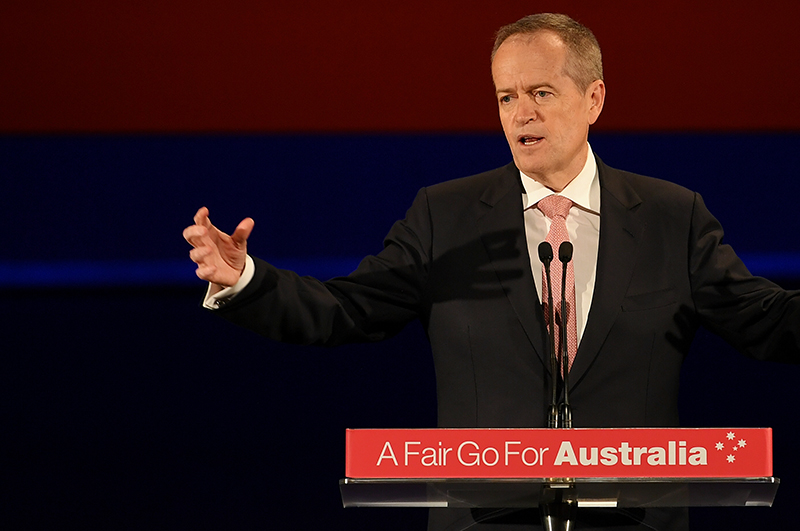 Will our next PM stop the house price slide?

Last week I locked horns with the doctor of disaster, Professor Steve Keen, who again warns that house prices are set to tumble 40% nationwide! (Watch the video below).

Keen’s words come as the latest Newspoll in The Australian newspaper tells us what we all suspect that Labor’s Bill Shorten will be soon be calling The Lodge in Canberra home. So what is the central task that Shorten (or if Scomo does a Stephen Bradbury and surprisingly skates home with the election gold medal) has to address ASAP?

Obviously, the winner will have to get cracking on his central policy promises and while the campaign has shown both leaders have issues they’ve pushed to entice voters to trust them with their ‘number ones’ on the ballot paper next Saturday, there’s one big issue our next PM must address.

This issue has to be the biggest threat to what Aussies care about materially i.e. their jobs and owning and covering their debts on their house. So this means economic growth is critical. And if my fellow countrymen and women were economically-inclined, they’d vote for the leader who’ll best deliver growth and jobs.

That would be the Coalition, which is more pro-employers who create the jobs, take the risks to invest and, ultimately, power the growth. At this stage, the Labor Party is not encouraging small business with its wage promises, and big business knows it has been named as public enemy number one, with banks the star ‘criminal’ in Bill Shorten’s eyes.

Recall he was the biggest advocate for the Royal Commission, which, along with APRA, has influenced the supply of credit or loans. Two weeks ago, the CEO of Mortgage Choice, Susan Mitchell told me on my Switzer Show podcast (out on Mondays) that 20% or one in five borrowers are copping a big fat “no” or are being cut back in the size of a loan.

Now this looks like good risk management by the banks but given their externally imposed restrictive lending, they are the biggest threat to growth, jobs and borrowers paying off their loans. 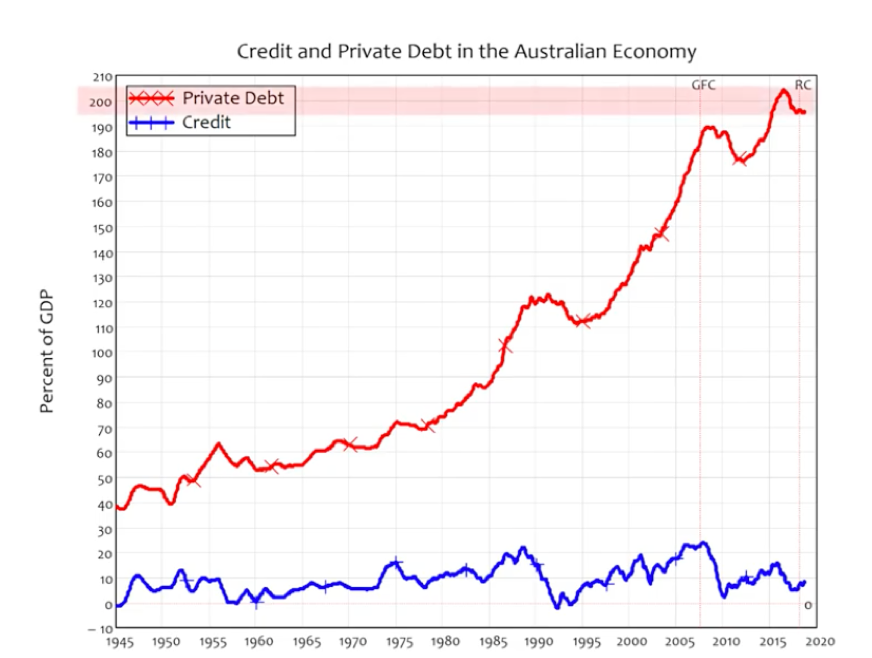 Keen puts forward this chart to show that excess credit has created the second highest household debt compared to GDP in the world. Lots of Keen acolytes think the 40% house price collapse is the only way out as the housing balloon gets pricked. In other parts of the world where this has happened — the USA, Ireland, Spain, etc — this credit crunch and price collapse caused a recession, rather than a recession created the problems. And that’s why our next PM needs to beat the threat of a 40% slide in house prices.

It might not be easy but a number of factors say it’s possible to take air out of the housing balloon rather than waiting for it to burst. And given Keen says the price fall could take five years, it’s worth having a crack.

In the US and Irish cases during the GFC, there was an international credit crisis where banks worldwide didn’t trust each other. In both cases, the level of very bad lending was worse than the lending that has prevailed here. We haven’t had NINJA loans like in the US, where borrowers got loans without income, jobs or assets.

Sure, too many households got interest only loans but with interest rates so low, many lenders would actually be rolling off a loan at say 4.5% and then getting into a new loan at 3.89%. So long as these people retain their jobs, they might have to do it tough for a while, like most people over the age of 50, but they can keep their homes.

And that’s why the next national leader has to concentrate on promoting jobs and growth.

This chart of Irish unemployment shows why growth and jobs are critical, with the jobless rate going from 4% to 16% in three years!

This chart shows a dramatic rise in unemployment but it shows that Ireland was a basket case before the 2000’s. And given its spectacular growth based on tax haven incentives, it was always a candidate for an economic wipe-out when a global credit crunch came.

Personally I think a global recession is likely in 2021 and that’s why I think our next PM better deal with this lending/growth problem ASAP.