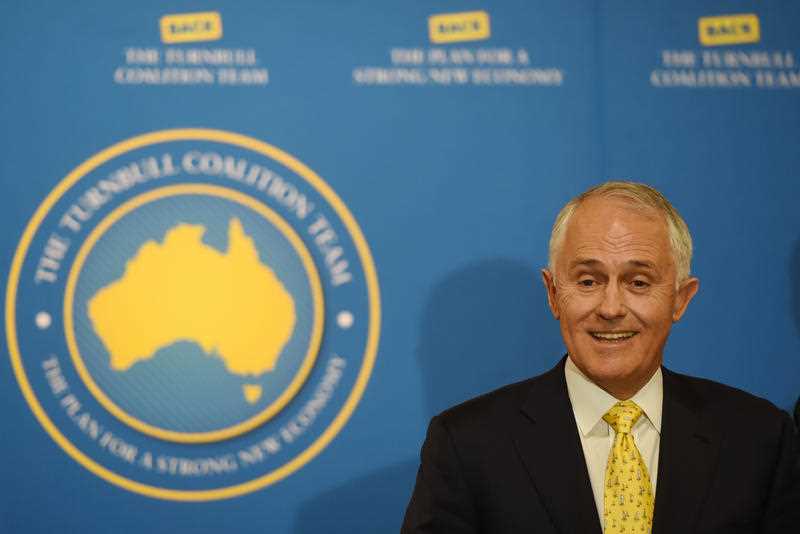 As we wait anxiously for the Poms to vote on Brexit, the scariest statistic about our upcoming election is that the marginal seat count is telling us that Malcolm Turnbull will win. That’s despite the fact that the two-party preferred numbers look like 50:50.

Why is it so scary? Well, I can’t ever forget how Jeff Kennett was bundled out of the Victorian Premier’s job in 1999. And then after one year, Campbell Newman was dumped as Premier of Queensland.

The headline I remember that you can see at AustralianPolitics.com was indeed unforgettable: “Kennett Government Mauled in Election Upset.”

Everyone is so confident about the reconnaissance coming from the marginals that my colleague on Sky News, Paul Murray, seems convinced that the election win to Malcolm Turnbull is a done deal. And given Malcolm’s pretty low-key performance on the hustings, he might also think he’s got the July 2 poll in the bag.

This is how Wikipedia helped relive Jeff’s ignominious huge kick in the butt: Despite Bracks' appeal, Kennett entered the 1999 election campaign with a seemingly unassailable lead, and most commentators and opinion polls agreed that the Coalition would win a third term.

However, in a shock result, the Coalition suffered a 13-seat swing to Labor. While there was only a modest swing in eastern Melbourne, which has historically decided elections in Victoria, the Coalition suffered significant losses in regional centres such as Ballarat and Bendigo. ABC elections’ analyst, Antony Green, later said that when he first saw the results coming in, it looked so unusual that he thought "something was wrong with the computer."

Of course, the computer wasn’t the problem. It was the polling, the analysis and the assumptions that misled the commentariat, as well as poor old Jeff and his team.

Listening to how the ABC handled Bill Shorten’s rearrangement of reality for purely political purposes about Malcolm’s goal to privatise Medicare (despite his denials) and the fact that this is an unsellable ‘product’, worried me. The Sun Herald’s political expert, Adam Gartrell, basically said that according to research, the lie is working for Labor, so they’ll keep running with it.

We’re into the attack ads phase of the campaign. This is when political parties target those Australians who are less interested in politics and only need a scary or provocative headline to help them work out how to vote. This is where you get to see the integrity of political parties and I reckon both sides of politics never cover themselves in glory.

Right now, a lot of people are asking me how I think the election will go. Even more intrusively, they want to know which party I want to win.

For purely economic reasons, I want Malcolm to win because political instability is bad for business and consumer confidence and the economy.

Our economy is going well, so political continuity and a sensible Senate would be the best outcome, but the latter wish looks a forlorn one.

You can see the dumping of Kevin Rudd was not a great moment for our international rating.

It has become so bad that the Wall Street Journal wrote this when Tony Abbott was shown the door: “The unseating by party coup of the second Australian prime minister in two years has triggered a bout of soul searching over the integrity of the country’s political system, raising the question whether revolving-door leadership has become the new norm.”

The Rudd-to-Gillard to Rudd-to-Abbott to Turnbull turnstile-to-The Lodge is not a good look externally, and has rattled confidence and then economic growth, as well as unemployment. The chart below shows that unemployment did not do that well over the period of political instability.

Sure, there were other reasons for the rise in the jobless rate, such as a high Oz dollar and the collapse of the investment phase of the mining boom and commodity prices. However, Canberra craziness hasn’t helped.

It was falling before the Abbott election victory and then it spiked when Tony became PM. However, it fell as the troublesome Senate and the new Prime Minister’s struggles as a leader worsened by the month.

Malcolm’s arrival took confidence positive and it has remained there, but it hasn’t taken off. Part of that was some of his failings around GST-talk and his state taxes idea. Against that, his support for innovation and entrepreneurship is his strongest suit and I suspect we need a PM who encourages business, if only for job-creation purposes.

An election result that says Australia is again more politically stable should be good for the economy. That’s why I hope we can trust that marginal seats data but, as a historian, I can’t get too cocky about what pollsters are telling me.

The economist in me says, “you little beauty”, but there’s an old Ken Howard racing adage, that goes: “Never bet odds on and never run up steps.”

P.S. Nineteen days out from the 2015 Queensland election, the ABC website had the headline “Campbell Newman enjoys surge in support in two new polls”. The two-party preferred position was LNP 53% to Labor’s 47%. A week is a long time in politics.