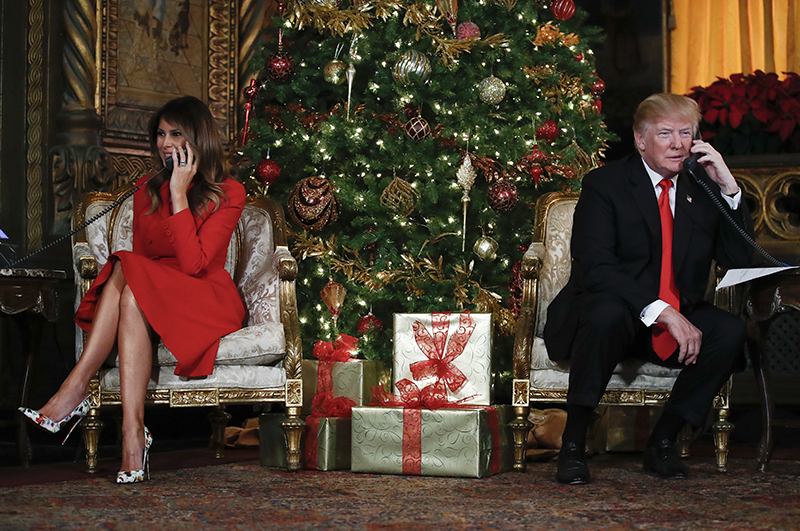 The Australian newspaper’s Newspoll shows what the Prime Minister will be praying for ahead of Christmas Day, with the two-party preferred  numbers showing Labor leads the Coalition by 55 to 45. To make this potential loss even more emphatic, this is the third poll in a row that brings bad news for Scott Morrison. So at a time when the PM needs all the help he can get, could he be helped by a Santa Claus rally on the stock market?

As a political pundit, I’d say he needs more than that as his economy is going well, with growth high by international and even recent historical standards, the budget is close to getting into surplus, unemployment is falling and interest rates are historically low. And even though the house price headlines are scary, the actual fall in house prices over the year are small in Sydney and Melbourne, while other cities saw rises!

On these revelations above, Australians could prove that Bill Clinton wasn’t right when he advised his Democrat colleagues that for political success and longevity that “It’s the economy, stupid!”

So maybe Scott needs to pray for more than a Santa Claus rally. Market players and retirees, who look likely to lose their tax refunds from depending on the stock market for their income when Bill Shorten settles into The Lodge, would love a nice last hurrah in the second-half of this financial year. Even though no dividends and tax refunds will be affected this financial year, if Bill has his way, then retirees will have to embrace the risks of younger investors and shoot for more capital gain with their investments or chase bond-like investments with exposure to companies to get 5-6% annual returns.

Anyway you cut it, Bill’s denying retirees of tax refunds via shares either crimps their lifestyle or makes them embrace more risk to get their income up. Or they will spend some of their income to get back on the pension!

So what are the chances of a Santa Claus rally? My answer is simple: it all depends on what Donald Trump gets up to in the last few weeks of this year. But before I tell you what I think will happen, let’s just get some facts on this ‘so US-sounding’ market development.

The true definition of the Santa Claus rally is a Wall Street stock market surge in the last week before New Year and then into the first couple of trading days after we’ve sung Auld Langsyne.

Investopedia tells us that “In 2017, Seeking Alpha quoted the [Trader’s] almanac, saying, ‘Since 1969, the Santa Claus rally has yielded positive returns in 34 of the past 45 holiday seasons – the last five trading days of the year and the first two trading days after New Year's. The average cumulative return over these days is 1.4%, and returns are positive in each of the seven days of the rally, on average.’

But a good Christmas finish can set us up for a positive January and there’s another market generalisation called the January Barometer that says: “As goes January, goes the rest of the year” when it comes to the stock market.

History also says that the best half of the year is the November-April six months, while the May-October is a lot worse for market players. That builds my optimistic case for an upcoming rally in stocks before the end of the year. And 2019 is the third year of the US presidency and this is historically the best for stocks.

The US economy is said to be slowing but many economists think other economists are far too bearish and the bond market is over-the-top tipping a recession next year. Morgan’s chief economist, Michael Knox (who’s a good forecaster) has the US economy growing at 2.9% this year and 2.7% next year! Australia is expected to grow at 3.5% this year and 3.3% next.

So neither economies look like flies in the ointment for stock players.

Next week the Fed meets and while they could raise interest rates, the money market’s predictions of rate rises next year have really backed off. The market tipped the first US rate rise was going to be March but now it’s saying June and with a lot less confidence! Fewer rate rises will be good for stocks both in the States and here.

The genuine biggest threat to a Christmas surge for stocks rolling into the New Year and then over 2019 is Donald Trump. His team’s antics last week, where one spokesman said the trade war truce started on January 1, then another (supported by a presidential tweet) corrected that by saying it started on December 1, really spooked the stock market.

But wait, there’s good Donald news! He’s said to be concerned that he might be the cause of the stock market’s volatility and negativity. Reports out of the US say he’s asking his advisers if he’s the main cause for Wall Street’s woes? Once it was Donald’s trade tantrums plus the Fed on rates plus overvalued tech stocks plus OPEC on oil, plus fears of a slower global economy but the Fed, the over-valued FANG stocks and OPEC are no longer scare factors.

The global economy does look to be cooling after looking pretty hot in 2017 and early 2018 but some part of that slowdown is linked to Donald’s tariffs.

I’m positioning to buy stocks rolling into early 2019 and if Donald was a more conventional President, I’d be confident about a Santa Claus rally. If I was wrong, I’d be OK with the idea that we should see some better stock price rises next year but Donald is a rare bird.

He’d like to blame the Fed for stock market negativity but his tax cuts, his Saudi Arabia dealings affecting oil prices and his trade war have thrown uncertainty curve balls at Wall Street and the big money players don’t like curve balls!

If Donald had kept his mouth shut, stuck with the January 1 start date for the trade war negotiations and then talked about progress, a Santa Claus rally would’ve been a certainty. However, because Donald is unpredictable, it’s hard to predict a festive financial frolic for stock players as we roll into Christmas. That said, I do like the fact that we’re hearing about the President having some self-doubt about his actions and how it might be affecting others.

That’s a real surprise that could be a positive sign for 2019.