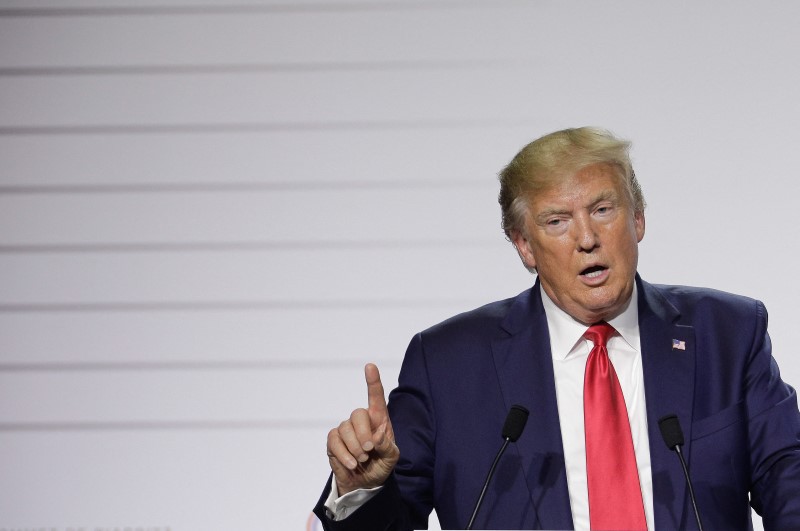 Will Donald duck a recession?

Seriously, how does a normal person cope with this stock market ‘up and down’ drama that plays out on Wall Street and is then relayed around the world? Once upon a time, we only gave market coverage prominence in the news bulletins or front pages of newspapers if there was a hip pocket scary event. Now we’re spooked or spiked with confidence on a near daily basis. And Donald J. Trump is the reason for it.

Donald has created a new kind of politics that looks like a game of ping pong between the US President and his Chinese counterpart. But let’s be accurate here — China created a trade problem with its unfair business practices and IP theft but Donald turned it into a huge crisis to get negotiation leverage.

So now we live day to day between tweets of triumph and tragedy and key players in stock markets are taking very short-term positions, depending on the message/tweet. This is no way to run negotiations when world markets and economies are the casualties. This seems to be a risk that President Trump is prepared to gamble with.

Yesterday I interviewed HSBC’s Aussie chief economist Paul Bloxham for my Switzer TV program. And for obvious political implication reasons (no representative from a business wants to get too political when the world’s most powerful leader can call you and your employer out via Twitter) he kept his discussion on economics.

However, he, like all respected economists, agreed with the views expressed by our own Reserve Bank Governor, Dr Phil Lowe, who in the US over the weekend, told the Jackson Hole conference of global central bankers that “political shocks” are becoming “economic shocks”.

Yep, the trade war, while being small in its direct economic effects, has huge indirect effects via confidence. Business confidence is impeding investment by big companies. For example, would the world’s most well-known heavy earth moving machine business — Caterpillar — be keen to over-invest when it’s caught in the middle of a trade war?

Meanwhile, stock market investors are being held back by the uncertainty that President Trump’s trade tweets and demands are having on carmakers in Germany, winemakers in France, Corona producers in Mexico and so on. He’s bred uncertainty, which has then held back growth of confidence, investment and stock prices, which is now feeding into global growth drivers. But it’s negative rather than positive.

Fortunately, until this weekend, the stock market, which is a collective of buyers and sellers, still believed that there would be a trade deal. This is why the S&P 500 Index for the top 500 listed companies looked like this:

This is a five-year chart of US stock market confidence and the upward trend is now being challenged. The last two deep dips were trade war related, made worse by fears that the Fed might deliver on interest rates this year. This has been reversed but the trade war remains.

Overnight, the President told the market that China sincerely wants a trade deal but he couldn’t help himself and had to add: “I’m not sure they have a choice”.

This keeps the pressure on his rival and shows that he’s trying to squeeze the maximum amount of juice out of China, despite the market implications. And remember, the bond market is telling us (what many are afraid to blame Donald Trump for) that the ongoing tariff tweet tit-for-tat battle is increasing the chances that it will cause a recession.

The recent ping pong exchanges of shots were:

• First, Donald Trump served one hitting China’s remaining $300 billion worth of un-tariffed goods with a 10% tariff.

• China returned serve and raised tariffs on $US75 billion worth of US goods on Friday.

Yesterday, Citi's US-based economics research team told us that it believes there’s a 60% probability that the US and China will fail to reach a trade deal before the November 2020 elections. This is bad news for stocks. If it happens that China decides to sit it out and hope for a Democrat President after the November 2020 poll, then even I  would become negative on stocks.

The stock market is a window on the economy and windows around the world are showing us what we don’t want to see — a potential recession.

Paul Bloxham has a much rosier outlook for the world economy if a trade deal comes along faster than he and most economists currently think. However, his answers to my questions showed him to be more negative than I’ve seen him in at least a decade of interviewing him.

We need a trade deal soon or it could become crash-crunch time for stocks and economies.

I’m not giving up on stocks but I’m glad a month ago that I told my subscribers to The Switzer Report that I was tipping a gold ETF with the ticker code GOLD for the first time in my investment advice career!