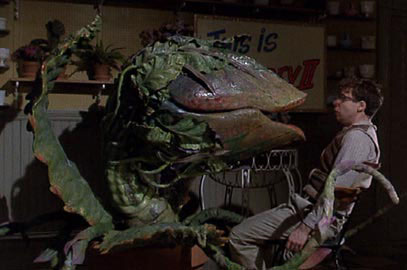 Will Brexit be a money monster that devours our super?

Last week, money news was all about Brexit and again this week it will dominate what we in the financial fraternity will be trying to get our heads around. But the key question is: will Brexit end up being a money monster that could devour the economic and market recoveries?

So the Poms have ruined a good weekend for most of us, even if you didn’t know or feel it. On an important matter, their Brexit vote to leave the European Union cost our stock market 167 points (or 3.17%) and I’d bet we’ll endure more losses this week, which hit everyone through their super!

On a trivial matter, those damn Poms beat us at rugby, with the Wallabies losing their third game in a row to them to be whitewashed in a series for the first time against our old sporting enemy.

But this is a trivial matter compared to what happens to our wealth. By week’s end, we’ll find out just how bad this might turn out to be.

In case you missed it, this is what the Brits decision has done on the bad side:

But it wasn’t all terrible news, with the UK FTSE down only 3.2%, which was a similar fall to our market. In both cases, the sell off was remarkably measured but will it last? That’s the test for this week — can this measure be maintained? Even the losses for our big miners were pretty good, with BHP Billiton falling by 1.6% in London trading, while Rio Tinto lost 0.6%, though surprisingly it was helped by a lift in copper prices. That was a weird one as copper has been lagging other commodities lately.

I was surprised at our currency’s response, which was more than measured. It fell after the Brexit news from 76 US cent to around 73 US cents in Australian trade but then spiked to 74.28 US cents in US trade. The chart below shows this story and while it might disappoint the RBA, which wants a lower dollar, it might say that financial markets might not trash us. 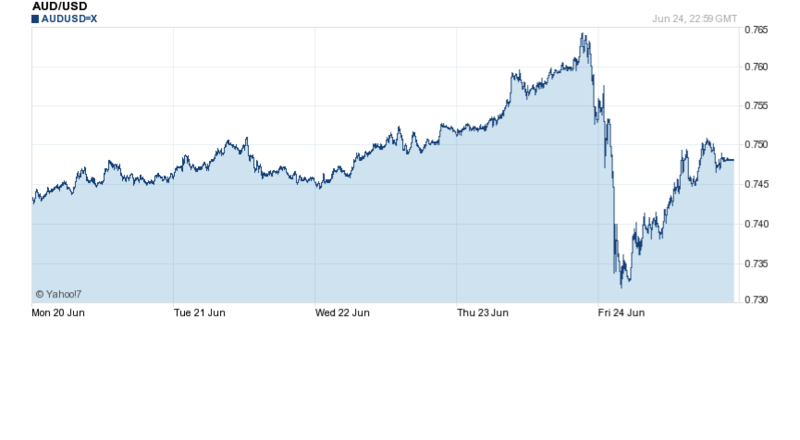 Of course, this is early days and after we see Wall Street’s reaction on Tuesday our time, it could give us a good idea of what the weekend’s analysis tells us about how serious this Brexit will be. With so much uncertainty, we’re in the hands of the hedge funds and short-selling traders, who make hay when the sun doesn’t shine on stock markets!

From Australia’s point of view, the UK is not a star export customer and was our eighth-largest export market for 2014 but it represented 37.4% of Australia's total exports to the EU. That said, Britain could individually demand more from us because of this decision and so could the Pom-less EU.

So what’s my huge concern that could see this Brexit decision hit our economic and money-making future? You have to hope that this doesn’t undermine the EU’s economic recovery as well as planting the seed of rebellion by those member countries tired of growing too slowly and coping with the EU’s collective decisions.

We have a precarious global economic recovery going on and the negative confidence effects of this decision could KO a lot of the very slow economic growth progress we’ve been enduring. If this happens, it could unwind into a global recession, if the reactions to Brexit aren’t managed wisely.

As Savanth Sebastian from CommSec pointed out: “Central Banks across the globe attempted to instill a level of calm to markets. The Bank of England offered to provide more than £250 billion plus "substantial" access to foreign currency to ease any squeeze in markets. The US Federal Reserve said it was ready to provide US dollar liquidity through its existing swap lines with other central banks "as necessary to address pressures in global funding markets, which could have adverse implications for the US economy". The European Central Bank also said it could provide additional liquidity and would protect euro zone financial stability.”

But it doesn’t help that interest rates are at zero or are negative in many of these embattled EU economies.