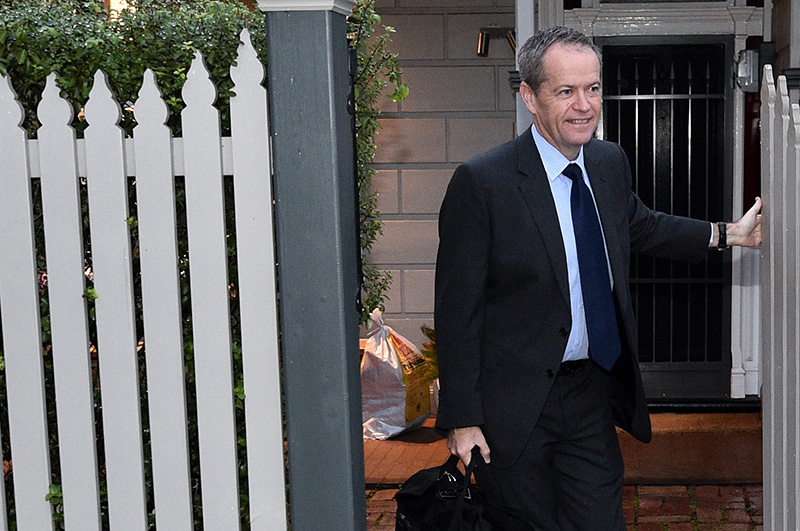 With the odds of Bill becoming Prime Minister shortening, even though his policies are quite threatening to stock investors, property players and self-funded retirees (who benefit from surplus franking credits that come as a tax rebate), voters have to be mindful that there are calls for a wealth tax to apply to a family home.

In a recent book by former ABC broadcaster, Peter Mares, entitled No Place Like Home: Repairing Australia’s Housing Crisis, he argues the case for a broad-based property tax to raise money to help fund low-cost housing for low-income Australians. This is certainly a noble goal and accepting such a tax would come with an abolition of stamp duty, which historically has been a killer tax for young people, who have really struggled to raise the money to get into the property market.

That said, killing stamp duty would also be a ripper for those buying multi-million dollar real estate and I’d be surprised if this pay off would apply to these buyers, if this property tax idea ever happened.

Driving this suggestion from Mares is a sense of care and fairness, for which he deserves praise, but his solution and assumptions could really irk many Australians. And remember, while social commentators can have nice ideas, politicians have to sell them and we Aussies are pretty protective of our wealth connected to our ‘castle’.

Mares wants to make it easier for young people and low income Australians to get into the property market. Increasing the supply of dwellings is vital but how do you pay for it?

In the ACT, the ruling Labor Government is phasing out stamp duty over 20 years and raising council rates to offset it. In a recent election, the Libs fought to can the idea but the incumbent party won convincingly, though many of us might argue that Canberrans, with their strong public servant representation, might collectively think differently from mainstream Australia.

Mares tells us that “600,000 households [are] spending at least 30 per cent of their disposable income, and often much more, on rent” and that’s why “affordable rental accommodation for people on low incomes” is required. And the latest census had 116,000 Aussies as homeless!

Here’s Mares again: “At the last election, the Treasury estimated that Labor’s promised reforms to negative gearing and capital gains tax would boost government revenue by about $5.5 billion. That is enough to build 20,000 one-bedroom apartments every year. A great start but nowhere near enough. Where does the rest of the money come from? It comes from a tax on home owners.

The SMH and undoubtedly The Age have run with the headline “Housing: It's time for the lucky to share some of their good fortune” but there seems to be an assumption that the so-called “lucky”, simply had good secure incomes, bought cheap, watched property prices surge and hey presto, we long-term property owners became millionaires the easy way!

Peter, being ex-ABC, might have been lucky but I bet lots of older Australians see the property price rise over the past 40 years as a pay off for:

• The living through renovations of dilapidated houses that now are worth over a million dollars.

• The businesses that were started that didn’t always bring success and riches.

• The driving of battered old bombs because that’s all you can afford when paying off your home.

• And the fact that mums often used to stay at home with kids, so this ‘luck’ was built on one income!

Yep, many older Australians have been ‘lucky’ with properties but as Gary Player, the great golfer put it: “The harder you work, the luckier you get.”

Land taxes on the so-called ‘lucky’ could mean that many older people, who aren’t cash-rich but have valuable properties that have grown that way over time, would face higher rates that might be unpayable.

The desire to find money to help the homeless or the young on low incomes into affordable dwellings could come from a GST going to 15%, which economists say is needed. I’m writing this in Queenstown, New Zealand and I guess I paid 15% GST on my cab ride to the hotel and Kiwis are coping with this impost without complaint.

And when you think about it, we Aussies have never complained about the GST since it was introduced in July 2000, probably because it came with tax cuts, though there was a lot of belly aching before it was voted for at John Howard’s 1998 election.

Something needs to be done about housing and low-income households but slugging property owners shouldn’t be seen as the only solution. A wiser path to go down could be a higher GST, or governments not treating developers as pariahs and slugging them nearly a third of the building costs with public sector charges and taxes.

I’ve been belting on about this for years but not one politician ever wants to champion the cause. Mares’ solution might trouble lots of ‘lucky’ Australians but his intent to find one deserves praise, while the politicians, who haven’t got the guts to fix this growing sore, deserve to be criticised for poor, gutless leadership.

Unfortunately, we’ve grown used to “no guts no glory” leaders. You can only hope that change is afoot.