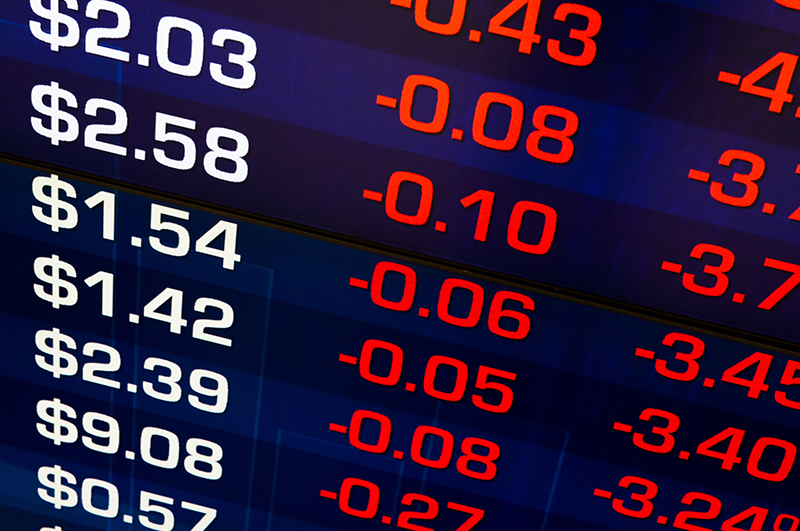 Will Australia again escape a recession?

With the stock market expected to have a great day at the office today, the question that many normal people might be wondering is: “are we heading to hell in a handbasket or will we, the Oz economy, mastermind another miracle escape?”

There are those who believe “we’re economic toast” and some of these forecasters are virtually trying to will it and wish it to come true so that an overdue economic purging results. Others, who are supported by economists and market players, think time is on our side.

No rational person thinks we’ve rid ourselves of recessions so the real challenge is to work out when the inevitable will happen. Prophets of doom, who tell us we’re “toast”, are stating the obvious so the real smarty has to pinpoint the timing of the next economic “come to Jesus” moment.

The stock market keeps defying gravity despite the Trump trade war threat and the slowing US, world and Aussie economies because the market thinks the time for the R-word is still some way off. Recent hints from the US and EU central banks about interest rate cuts have kept it positive for stock markets. Also, the hope that President Trump will crack a Chinese trade deal, like he did over the weekend with Mexico, helps share prices.

Hopes were raised last week by the Chinese leader Xi Jinping when speaking at the St Petersburg International Economic Forum in Russia. While  sitting with his Russian counterpart, Vladimir Putin, he explained that disengagement with the US would be dangerous and that his “friend”, President Donald Trump, would share the same view.

“There are some trade frictions between us and the US, but China and the US are closely intertwined, and we are each other’s biggest investor and trade partner,” he said.

At home we might think we’re recession-proof after dodging two quarters of negative economic growth for 28 years. But history says we’ll have to cop one eventually. However, the job for a market messenger like me is to try and forecast/guess when that day will show up.

We’re overdue for a recession. Stock markets usually crash around every 10 years, if you want to generalize, and usually a recession is linked to these market slumps. This chart from HSBC’s Paul Bloxhan shows in red when we’ve had recessions and they were more regular before 1990-91.

In contrast, the Yanks have had a pretty regular production of recessions. So has the UK.

Making us vulnerable now is our household debt to GDP ratio, which is the second biggest in the world behind Switzerland. This chart shows that the ratio of debt to GDP is about 200% but it was 185% ahead of the GFC. Like the Scarlet Pimpernel, we escaped the recession hangman’s noose! 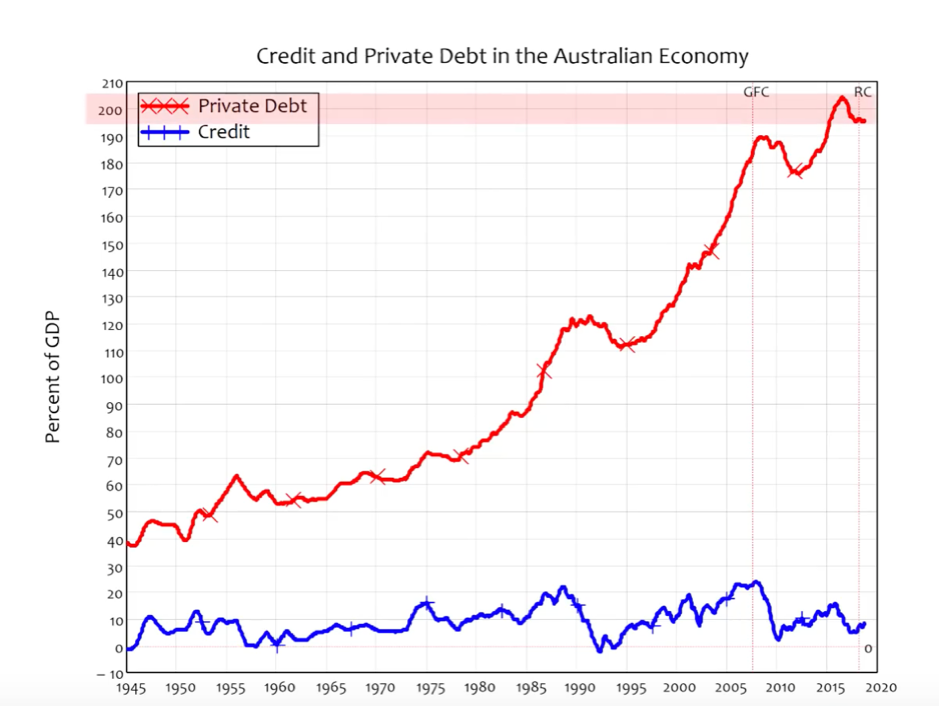 The realist has to accept that we can’t do that forever but the critical question for wealth builders is: “How much time do we have until we need to cash out of stocks and maybe even property?”

Sydney and Melbourne property speculators should have sold in early 2017 and should accept that prices could be around current levels, or lower, over the next five or more years. We’re in a buyers’ market now, after 2013-2017 was all win-win for sellers.

The chart below shows homeowners in Sydney copped it hard between 2003 and 2012 and explains why I think the boom markets of Sydney and Melbourne of recent years will have to cope with subdued prices. 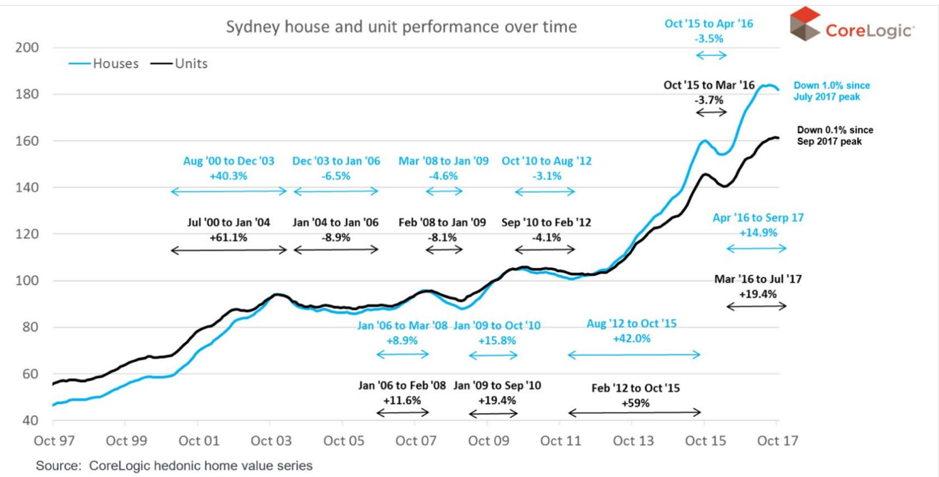 Last week we saw our economic growth has dropped from 2.3% to 1.8% and it looks even worse when you remember that the RBA and Treasury thought we were supposed to be growing at 3% plus!

They didn’t fully take account Donald’s trade war, the effects of the Royal Commission and APRA’s crackdown on bank lending and then house prices, as well as the fear factor around an expected Bill Shorten election win with his scary policies for business, investors and retirees.

Today, we get the first NAB business survey since the election and a rebound in confidence would be a positive sign for the economy.

On Wednesday, we see the Westpac consumer sentiment reading. This also should make for some interesting interpretations about where the economy is heading, now that ScoMo has retained the keys to The Lodge.

Finally, on Thursday, we see the latest jobs report. This will tell us if the RBA was smart to have cut interest rates last week. You can’t expect to see a positive ScoMo effect in these May numbers. In fact, they should show the negative effects of an election period.

If the election result has helped turnaround the economy, we’ll have to wait for a few more months for the labour market to give us a reliable sign on that subject. But provided Donald doesn’t escalate his trade war, I suspect the next recession is still some time off.

The US bull stock market is over its time average but below its average rise. And given rising interest rates usually kill bull markets, there are good reasons to believe that Wall Street could keep on surprising.

And it goes double with an unusual President like Donald Trump but this also means that his capacity to cook the golden goose is something you can’t rule out.

On balance, I’m not for turning negative yet but history and economics tells me that one day I’ll have to. That said, being positive on the Oz economy has made me look pretty smart for 28 years and going publicly long stocks since late 2008 in newspapers, on TV and radio, has also been a good call for those who’ve trusted my assessments.

I hope I can avoid being the rooster who ends up a feather duster!