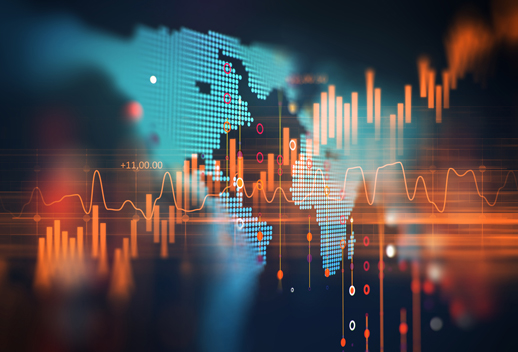 Why wouldn't this economic data make you positive for 2018?

The Oz economy is set for a better year in 2018 compared to 2017, which has been a year (in case you missed it) that saw employment increase for 13 months straight, unemployment slump from 5.9% to 5.4%, business confidence surge over its long-term average and economic growth go from 1.9% to 2.8%!

What has captured my attention is the fact that so many of our economic readings are at significant highs and what follows is why the Reserve Bank has been tipping that we’ll grow over 3%. This is the historical number where employment grows and unemployment shrinks, so I hope they’re right. And if you look at the data below, you can see why an usually conservative forecaster, such as the RBA, is bullish:

• Employment growth is the best in 12 years.

• Business conditions are at a decade-high.

• Townhouse approvals are at a 20-year high.

• On debt servicing — the ratio of net income on foreign debt to exports of goods and services stood at 6% in the September quarter, holding near the best levels in 36 years.

• Engineering construction activity increased by 3.2 points to 11-year highs of 64.1, supported by strong infrastructure-related spending. Any reading above 50 signifies expansion or growth.

• The Internet Vacancy Index rose by 0.5% to 82.7 in October 2017 in trend terms, after increasing by an upwardly revised 0.6% in September. The index has now risen for 12 consecutive months - the first time since March 2011. The index has increased by 8.4% over the year.

• According to the Federal Chamber of Automotive Industries (FCAI), new motor vehicle sales totaled 101,365 in November, up 2.5% on a year ago – the highest for a November month on record.

• Over the year to September, the proportion of occupied seats on domestic flights hit a 5½-year high of 78.4%.

• The Commonwealth Bank Business Sales Indicator (BSI), a measure of economy-wide spending, rose by 0.6% in trend terms in October, after a 0.5% increase in September. Spending growth was the strongest in five months and above the long-term trend pace of 0.4%.

I could go on but I reckon I’ve made the point that the economy has a really good chance of proving the RBA right. The fact that we’re looking at so many record highs, decade highs and so on tells us that we’re heading in the right direction and even economist are expecting wage rises to get more convincing in 2018.

Meanwhile, based on the confidence readings, consumers are starting to react to a better job market. The weekly ANZ/Roy Morgan consumer confidence rating rose by 0.7% to 115.8 last week. Confidence remains above the average of 113.2 since 2014 and its long-run monthly average of 112.9 since 1990.

Adding to the positivity is the global economy growing in synchronization for first time since 2007. And now that the Trump tax cuts have been passed, you’d expect the US economy to live up to the forecasts of 4% growth next year.

Sure, things can go wrong — Kim Jong-un could have brain explosion and mis-aim with one of his missiles but I suspect China has had a quiet word to him about how a war with the USA, Japan and South Korea and the rest of the allies, won’t be great especially when China is the Yanks’ biggest lender! Even the latest Brexit news was good for the stock market. That reaction was based on the positive economic expectations that come when the UK and Europe can avoid any silly economic problems because of a messy divorce.

Things could be more robust — I’d love consumer confidence and wages growth stronger — but I suspect we’ll see that over 2018 and 2019.