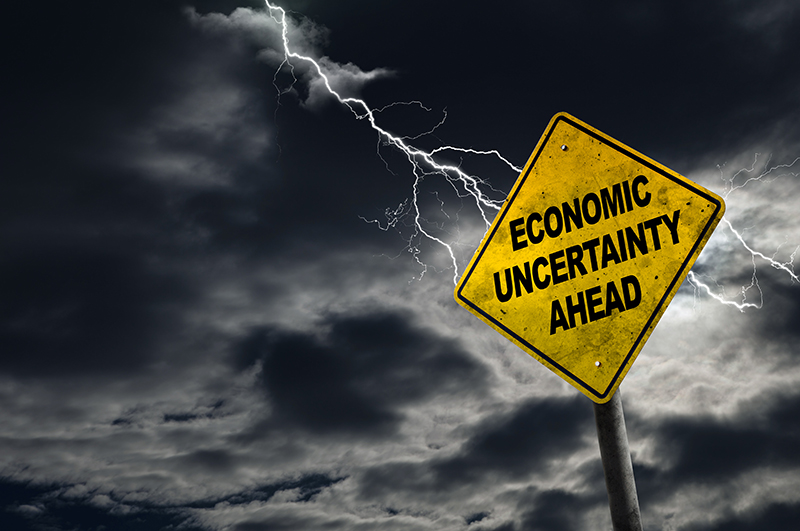 Why would any idiot want economic Armageddon?

My surprise revelation of the week came from the CEO of a listed company, who said a recession would not be bad for his company! The revelation by Matt Barrie, the founder of Freelancer.com, quite surprised me as I’ve generally believed most companies would prefer boom and confidence-rising economic conditions, though I do understand receivers and bankruptcy operations love a good recession!

As I have critics who regularly point out my greatest shortcoming — a belief in optimism and its powerful force to helping you get richer — I try to objectively understand my critics’ point of view.

Of course, my rivals think I’m mindlessly optimistic as if programmed from birth. And while there probably is a bit of genetic-determination in the way I am, I promise you I do go negative, get pessimistic and sell out of assets that are prone to big losses, when I think it’s appropriate.

Of course, I buy them again when the market goes too ridiculously negative on quality assets. That’s why I sold BHP on the way down a few years back and then bought in around $15 on the way up. I went long Macquarie in 2008 in the GFC at $26 and felt a little sick at $16. But thank God Wayne Swan rescued our banks by giving them a Treasurer’s backstopping.

I was expecting a recession here then, though I didn’t predict one, and when the US and local rescue plans were announced by the respective governments and central banks, I reverted back to optimism.

It was a good call, though I was under pressure from doomsday merchants from November 2008 until March 2009 telling me that house prices would fall 40% in a Great Depression Mk II scenario.

But that’s all history and water under the bridge. However, it means I’ve been right by not publicly tipping a recession for 29 years! I call that form on the board but it does show that cockeyed optimism has a bit of history supporting it. And it’s what I was thinking about as the Treasurer, Josh Frydenberg, warned regulators “don’t force banks to curb loans.” This sentiment was reinforced by the property industry, who pleaded at the AFR’s Property Summit to relax the ‘torturous’ loan crackdown following the Hayne Royal Commission.

It was sobering to hear that even the CEO of Mirvac, Susan Lloyd-Hurwitz, had copped a “torturous” experience securing a home loan from a bank and you can imagine what kind of salary she’ be on! (Thanks to my trusty search engine, I can tell you — it was $5.3 million in December 2017.

Are we kidding? When people like this are being treated like she’s a potential victim in a nanny state, we know the social-cause fraternity are getting in the way of economic growth, profits, jobs and wage rises!

I don’t like low interest rates and I don’t like household debt-to-GDP ratios being at record highs but I know debt servicing levels are unbelievably low and troubled loans and defaulters aren’t worrying anyone, apart from people who have a vested interest in talking down the economy.

These people have a social cause and use economic statistics to suit their argument. They choose to see conspiracies rather than knowing in a democracy in a capitalist-oriented economy there will be winners and losers.

They hate the establishment because the economy spits out outcomes they don’t like. But it is what it is. The local democracy made a choice on May 18 that the Coalition was more in touch with the majority. And while the minority are allowed to complain, they should understand they are the minority.

The majority wants jobs and properties built so they can live in them or be bought for investment purposes. And last time I looked, our economy, albeit in a slow patch now, has been a pretty good performer for over a century.

When I continually hear whinging from left-leaning people who used to have the courage to call themselves socialists or communists, I recall that great observation of John F. Kennedy about US democracy. It goes like this: “Freedom has many difficulties and democracy is not perfect, but we have never had to put a wall up to keep our people in…”

The whingers from the sidelines should run for politics if they don’t like what goes on here in Australia. And then learn how to change the thinking of Aussies.

If they can’t do that, I guess they always make snaky comments on Twitter. Meanwhile, economies will do better than they think and, yes, a recession will come along. But as Max Walsh said many years ago in the SMH: “We tend to muddle through most economic crises.”

I will never ever think a recession will do us good because it ignores the real people who suffer when they come along. Anyone who thinks to the contrary has the low empathy levels that explained the heartless regimes in the USSR, East Germany and China during the Cold War. And we’ve seen how economically long-lasting those economic/political models were!