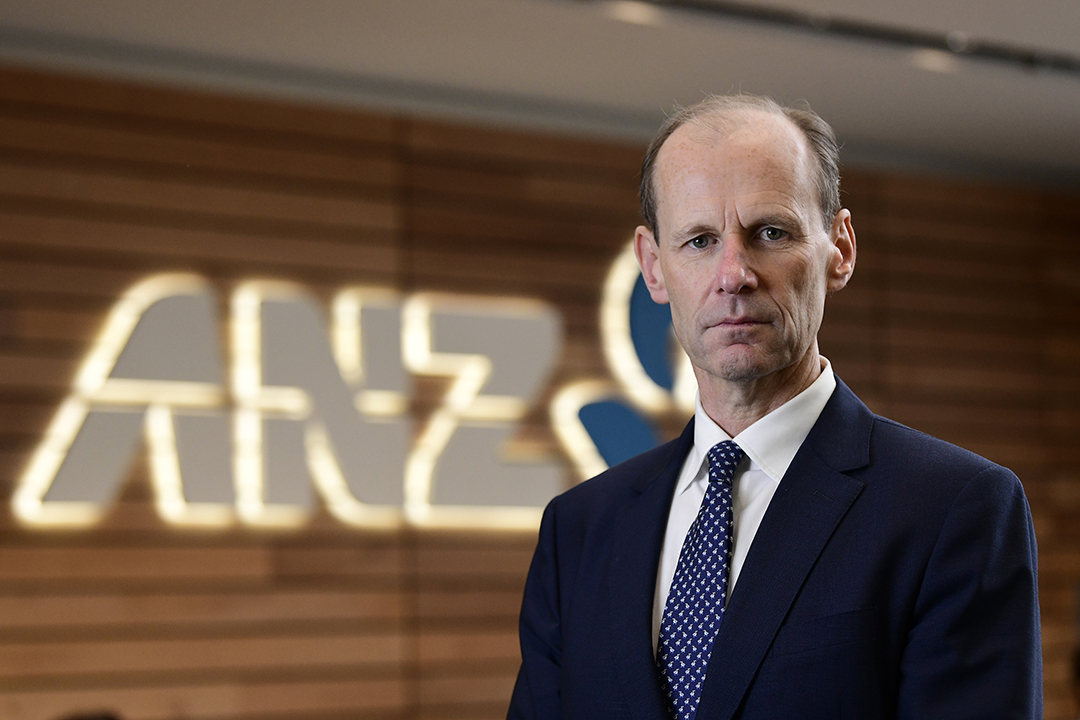 Why would a banker use the R-word?

Once upon a time, even the media showed more respect for their economic impact but now even seriously important bankers participate in saying things that are really unproductive for the future of the economy. This observation about “loose lips” that could sink a ship like the Oz economy was sparked by the CEO of ANZ, Shayne Elliott, when he unnecessarily used the R-word.

When I first started writing economics in 1985 in the Daily Telegraph and later in the Sun-Herald, and even in 1994 when I started with The Australian, we didn’t throw the world “recession” around in any cavalier way. And headline makers for the newspaper would definitely not use the R-word, as we referred to it, unless there was good reason to do so.

That’s why I ponder the value of Elliott publicly saying: “Does it feel like a recession? It does to a lot of people.” He went on to say that a lot of people used their money from rate cuts to pay down debt rather than use the extra dollars for spending.

But I reckon Elliott has got it wrong and has stated something that really should have been expressed more sensibly by someone who’d benefit from an improving economy. ‘Talking down’ the place isn’t great leadership, unless he thinks a recession is coming and therefore he’s warning people to prepare for the worst of scenarios.

In a sense, that was the unspoken rule in business journalism when I started doing commentary — if you thought a recession was very likely, then it was your job to write it, but you didn’t spook people for attention. I wish those standards still applied.

Let’s face it, there are always lots of people who think their life is like a recession and they’re the people who have lost their jobs or have seen their business fail. And even when the mining boom was on, and WA, Queensland and the NT were powering along, taking the Oz dollar up to $US1.10, Treasurer Wayne Swan liked to use the term a “patchwork economy”.

A state like NSW was actually languishing near recession then, but no one was dumb enough to tell the people in the biggest state in the economy!

This is what then-Treasurer Swan said in the 2014 Budget Speech: “Yet our patchwork economy grows unevenly across the nation. Natural disasters have devastated families, cities and towns. The high dollar hurts our tourism and many manufacturing industries, especially small businesses.”

The people feeling economically crushed now would be those poor Aussies on the farm and those trying to make a living in the regions where there’s been insufficient rain for too long. But we don’t help them by talking down the economy. It would be better if bankers and the country’s politicians at the Federal and State levels actually got together, publicly recognised the economic threat of the drought and started throwing money at the people who really do feel like they’re in a recession.

Inexplicably, there is a group of Australians who give vent to their high hopes that a recession, a house price collapse and ruination for anyone who rationally decided that they wanted to invest in property. They seem to see these Aussies as enemies of the people but most of the people I’ve met in this country in my lifetime actually love property and want to own it, and want their kids to own it too.

The problem is the supply of housing but that’s not the investors’ or the homeowners’ faults but politicians who’ve never given a fig about the obstacles they put in the way of those who would build for profit. The end result is too high house prices and a lack of properties.

That said, why anyone would pray for economic Armageddon and ignore that it will not only be the speculators who’ll brought to book but the powerless employees who’ll lose their jobs, the over-extended battler who borrowed too much to own his or her quarter acre block and the aspirational business starter/future job creator, who could end up in the bankruptcy court.

The naysayers who talk about the end is near and comeuppance is coming for those who dared to dream, borrow and have a go, remind me of self-assured but silly schoolboys and girls when they get worked up over a debating topic. I guess it’s like those pitiful politicians in the UK who play with Brexit, as if there are no real people suffering as they engage in their pathetic, delaying debating games.

Sometimes I think the economy is far too important to be in the hands of self-serving politicians and out-of-touch bankers, who don’t understand their pivotal role in keeping people in work.

There will always be winners and losers in economies but our leaders need to work to minimize the losers. With all the economic slowdown challenges right now, if I was leading the country or a big bank, I’d be talking about employment rising for the 36th consecutive month and the million plus jobs that have been created since the Coalition took over in Canberra.

Economically, things aren’t great — the drought, the trade war and the house price drop all have taken the gloss off the economy’s potential. But apart from the drought, the worst of these negatives could be behind us. Let’s hope for that rather than Armageddon! Only a misguided leftie, whose political hopes and dreams have been KO’d by the history of what real people really want and silly debating intellectuals, who looked like they backed the wrong horse again, could hope for an economic collapse.