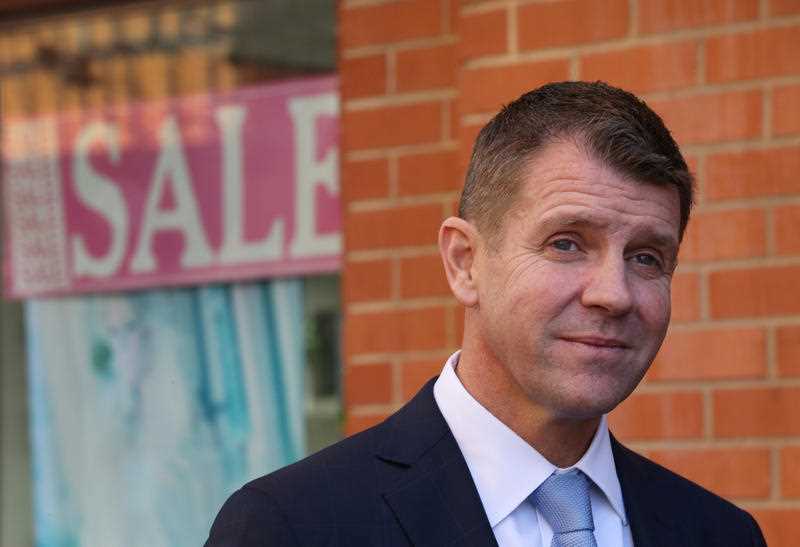 Why we hate the GST and negative gearing...but really shouldn't

Why do we care so much about Bronwyn Bishop’s joyride to Geelong for $5,000? Well, some quarters of the media hate the Coalition and Tony Abbott is seen by them as a possible lovechild of Bronnie. She has been a big supporter and that’s why she is Speaker and why the PM will find it hard to sack her.

But haters aside, many of us dislike pollies with their snouts in the trough that we fill up with our taxes. It’s especially so when right-wing commentators like my colleague at 2GB, Andrew Bolt, is always worried about our Government’s debt and deficit.

It’s this concern that most economists are more relaxed about than media commentators, who always need something to worry us with, and that makes us want to talk about raising and broadening the GST, as well as dumping negative gearing.

However, a recent AFR article told us that the IMF says we have the worst trajectory of debt growth of any developed country! Debt will grow by about a third to 22% of GDP in 2020 from 17% at the end of 2014. This is big but it’s still only 22% of GDP, with most countries we’re being compared to having crazy numbers close to 100% of GDP, so it’s a relative thing.

Numbers aside, we can’t afford to ignore the debt and that’s why I say a good first up solution is to get GDP to grow more quickly and that will reduce this trajectory for debt growth. So low interest rates help and so does the last Budget that spent a penny to encourage business spending. Since that second Tuesday in May, business confidence has spiked to a 21-month high!

OK that’s one part of the solution but we still have to try to cut our spending and/or raise taxes. People like Bolt are offended if we talk about a GST, and raise the overall amount of tax collected compared to GDP, but someone like Premier Mike Baird, who suggested it, knows his health care bills are going mad so he needs money to cover them.

Some say you should make people pay for scans for cancer, prostate examinations and other lifesaving procedures that were not available to us all 10 or 20 years ago, but what if you don't have money? You die? No, we have to give every Aussie a chance to live and modern medicine is getting better at keeping us alive so we need to raise taxes - say via a GST, save taxes by raising questions about negative gearing, and also try to get our economy to grow faster. Stopping expensive chopper rides would also help!

But should we really hate the GST, negative gearing and Bronnie?

On the GST, if we made it 15% on all goods and services, Tom Seymour of PwC says we collect $50 billion and we could compensate the lower 25% of Aussies with $8 billion, leaving $42 billion leftover. The States would get the lion’s share but the Federal Government could get a nice cut to help pay down debt and/or help pay for infrastructure spending, such as a second airport for Sydney, better roads to KO capital city traffic jams and other money making projects for the country.

First, it encourages investors and this pumps up house prices but he says the number of investors using negative gearing has remained stable over 25 years — there is no surge. He says the price rise is a lack of supply.

Second, it makes property attractive but he says it applies to all investments and to take it off property would push investors into shares or other alternatives.

Third, it pushes prices of homes out of the reach of average Australians but the RBA says loan servicing costs are “significantly lower than the average over the past decade.”

Fourth, negative gearing is for the wealthy but the ATO stats show 75% of Aussies using it earn less than $80,000!

Finally, negative gearing makes it hard for first-home buyers to enter the market but Alcock says stats show it encourages more rental properties and keeps rents low and this permits tenants to save a deposit to get into the property market.

Sure you could argue the fine points on Alcocks’ story but we do have a supply problem at a time when Chinese money is chasing our key, and generally more expensive, properties. And as you can see, the hate for negative gearing is possibly misplaced and we should hate governments that make the tax and fee slug on new homes in the 40-50% region! Hate that first before negative gearing, as at least the latter encourages job-creating building of new homes.

Finally, on Bronnie, I know she has some difficult ways about her and decades ago we did have a public argument but not one politician did more than her to ensure employers had to pay compulsory super to seniors who kept working after 70. In an age when we’re being forced to work longer, this was a gutsy, anti-business move but her persistence and tough as old boots ways made a Labor Government change the rules.

She deserves a kick in the butt but she has made us shine the light on all pollies doing the same thing, with Bill Shorten caught out for a $1,200 taxpayer-fund joyride, albeit not in a Rolls Royce helicopter!

This is a can of worms and more good will come out of her mistake.

The GST, negative gearing and Bronwyn don’t deserve the hate they’re currently getting. That said, given her rulings against Labor in Parliament, maybe the Opposition MPs could hate her a little bit!