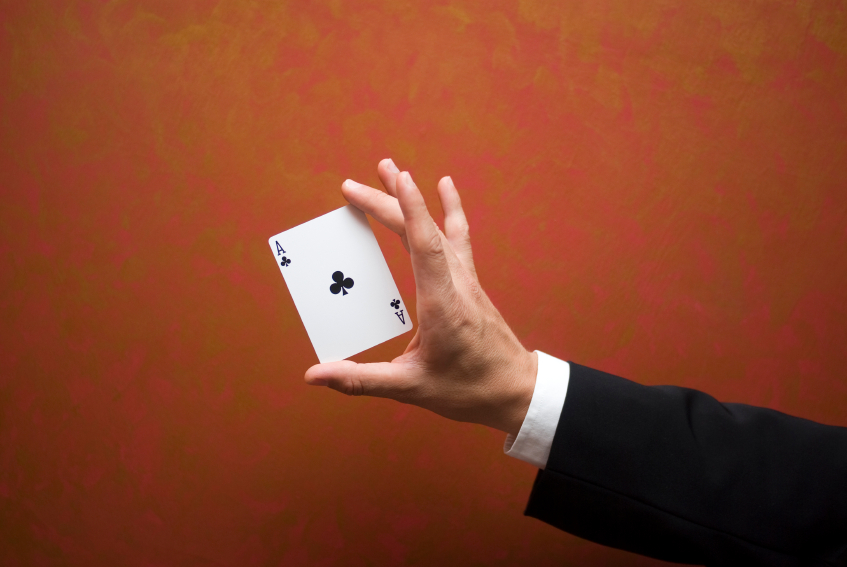 Why ScoMo has to pull off a Houdini Budget tomorrow

The 2016-17 Budget has to be one that Harry Houdini would have to be proud of, as Treasurer Scott Morrison certainly has to be an economic escape artist!

We’re told by the man himself that the Budget will “inspire confidence in growth plans, which will underwrite the return of the surplus.” Yep, I love that kind of talk, especially as I suspect the economy is slowing down from the 3% pace we saw in the December quarter and so does Scott.

When Joe Hockey last had the top number cruncher job, he tipped the upcoming year would be a 3.25% year. ScoMo, however, is likely to pull that back to 2.75%, which does not help his surplus aspirations.

You see, growth is critical to the return of the surplus with the Treasurer boss, John Fraser, once remarking that four years of 4% growth would kill the deficit dragon. However, this kind of growth is just too fast for us right now.

The end of the mining boom, a dollar that won’t fall far enough, an underperforming world economy and a slower growing China in particular makes even 3% a big achievement.

And it doesn’t help that APRA and the RBA, powered by the Murray Inquiry into the financial system, decided to hit the banks with greater capital requirements, which not only slugged their share prices but forced them to raise interest rates!

This didn’t help the housing construction sector, which has been a stellar performer since the mining boom petered out.

A crappy stock market start to the year and doomsday merchants still out there tipping Armageddon hasn’t helped confidence and consumers have turned negative after a Turnbull turn on. Thankfully, however, business confidence and conditions are at solidly high  levels.

ScoMo has to work off this and the expected company tax cut will help there. Some reports say that small business — the thalweg or deep course of the river core of the economy — will get his support.

As the overall company tax hasn’t been cut for 15 years, I suspect that will be a centerpiece of this year’s Budget. Small business is on a 28.5% rate but bigger businesses are taxed at 30%.

He wants investment to make up for the big  hole created by miners downing tools after the mining boom de-boomed.

At this stage, we don’t know if ordinary income earners will get a tax cut but we’ve been told by tax experts that some 300,000 taxpayers will move from the 32.5% tax rate to 37% because their incomes will rise to over $80,000, which is bracket creep. Being a pre-election Budget, ScoMo would love to give this lot a tax break by raising the threshold above $80,000 but the debt ratings agency, Moody’s, is watching.

Along with the other ratings agencies, these guys are watching his Budget. If it looks too soft and stimulatory, which does little to improve our deficit-fighting credibility, then they could put us on credit watch.

And if say world growth slows or a new GFC happens or our growth depowers, then they could take away our AAA-credit rating. This will then slug anyone with a loan, as the banks would have to borrow from overseas at higher rates and then would pass those on.

This would KO confidence, hurt consumer and business investment spending and the whole exercise could hurt growth even more! This is why I say ScoMo has to do a Harry Houdini, who could be chained into a chest and thrown to the bottom a river and still escape.

The Treasurer’s escape only works if he pleases business, voters/consumers, the debt ratings agencies and the media. He even has sniping colleagues within his Government but his biggest challenge is closing the credibility gap of previous Treasurers, who promised we’d be in surplus by 2012-13, 2015-16, 2018-19, 2019-20 and 2020-21!

The chart below shows our broken Budget promises to the likes of Moody’s economists, who really care about these projections. 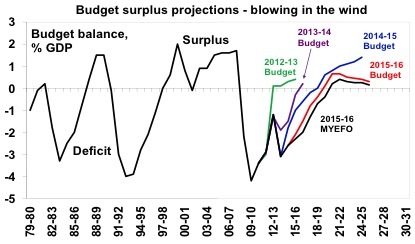 This Budget has to take on one hand, cut spending on the other, while stimulating growth and proving that a surplus is coming, as well as win over voters!

If my old economics student can inspire confidence in growth plans, which will underwrite the return of the surplus and passes the Moody’s credibility test without cheesing off the electorate, then he will be a genuine Harry Houdini and I’ll be a very proud old former economics lecturer.