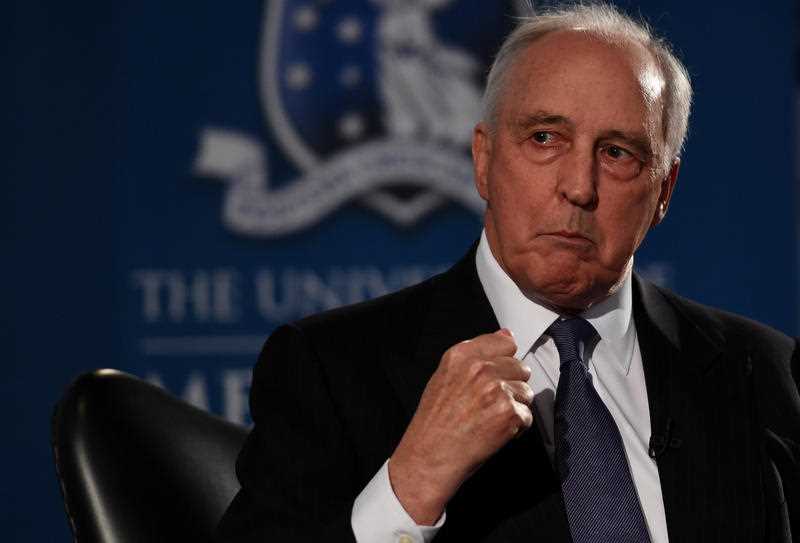 Why Paul Keating is wrong and right in the super stoush!

Former OK Prime Minister but better ex-Treasurer, Paul Keating, has weighed into the super stoush over the Turnbull Government’s pre-Budget consideration of letting young people access their super for housing deposits. And he’s both right and wrong.

He accuses the Government of being ideologically opposed to his well-created super system, which I think is a national treasure that stupid governments tinker with for money reasons. I’ve seen no real evidence of this typical Keating criticism.

In fact, before being PM, Malcolm Turnbull opposed the idea of accessing super for home deposits. Financial Systems Inquiry heavyweight David Murray does not like super losing a lump sum at a critical time in the compounding process, which I think will deliver so many young people nest eggs over a million dollars in today’s terms!

Keating is also right and Murray agrees that "There are many issues in the tax and superannuation systems, but to allow savings to be withdrawn to be used for other investments really defeats the purpose," he said. (SMH)

The former CBA boss thinks it would add to housing demand and rising house prices and he made reference to what would happen to super funds, which Keating implied.

You see, if more money is withdrawn from super funds by the young, then the super funds would need more cash on hand than they do now. And that would mean they would have to change their investment strategy. All of us know that cash at call at banks pays a lower interest rate to a term deposit, so all members of a super fund would pay for this innovation to help young people.

However, young people could argue that losing 9.5% of their annual income stops them from raising a deposit and means they are even delaying having children for their bricks and mortar dreams.

This problem is a government-created mess, with Federal Governments regularly hitting super with new imposts, which have made rational investors look at alternatives to super, such as real estate.

Once upon a time, all Aussies expected a pension (like they get in New Zealand) but that was taken away for prudent fiscal reasons. Many baby boomers with low super balances and high tax rates (another creation of past Governments) went after the investment they trusted, which is property.

Making the mess even messier, state governments add at least 33% to the cost of developers supplying properties so we have a supply problem in Australia. Add in record low interest rates that have created more younger buyers and house prices go through the roof.

This is why the Government is looking at changes to property taxes, tax concessions and allowing super to be ‘pilfered’ for a home deposit. It’s helping today’s dream of a house but hurting tomorrow’s dream of a big, super nest egg on retirement.

In reality, no one in government has done enough to make super sexy to young people. This has been a public failure, just like the supply of housing problem. There is a feel good factor of owning and living in a home today and it’s why the promise of super being this great prize that Keating talks about doesn’t cut it with younger, cooler generations.

As Paul’s union mates might have said: “What do we want? Housing! When do we want it? Now” And they would also throw in “and we don’t want to be in the sticks where you can’t get café lattes 24/7!”

OK, Keating has got a lot right but where is he wrong? He says young people drawing out money from super would undermine the compounding process, which I said was right. However, that’s only the case if the money was drawn out and spent on some consumer good or service, such as a holiday or new car.

If the money went into a house, say bought at the bottom of the cycle and in a suburb that might become the Paddo or Albert Park of tomorrow, then the retirement nest egg of the young super withdrawer could be better than leaving it with a super fund that overcharges, underperforms and is rifled by greedy, gutless governments.

Good super funds return around 7% per annum over a 10-year period. Great ones might do a bit better but poor or very conservative ones can do worse. There are plenty of suburbs that have delivered homeowners these returns and even better, while also delivering shelter where the interest repayments were less than alternative rents.

In my perfect world, Keating gets his way, state governments help the supply problem by allowing a lot more low density high rise complexes and younger people accept that if they want to live 10 kilometres from the Sydney or Melbourne CBD, for café latte reasons, then they might have to bring up their kids in apartment blocks like New Yorkers, Parisians and our friends in Tokyo!

And if they reduce their super to buy a home today, they might have to sell their home/apartment on retirement and scale back.

Anyone who thinks super is better than property under all circumstances is being ideological, even political and possibly economically-biased.

As I say, I’d prefer super to be left as it is but I understand the arguments for permitting super deposits. However, there’s no evidence that it has to create impoverishment as property, over the long-term, compounds higher, just like super.