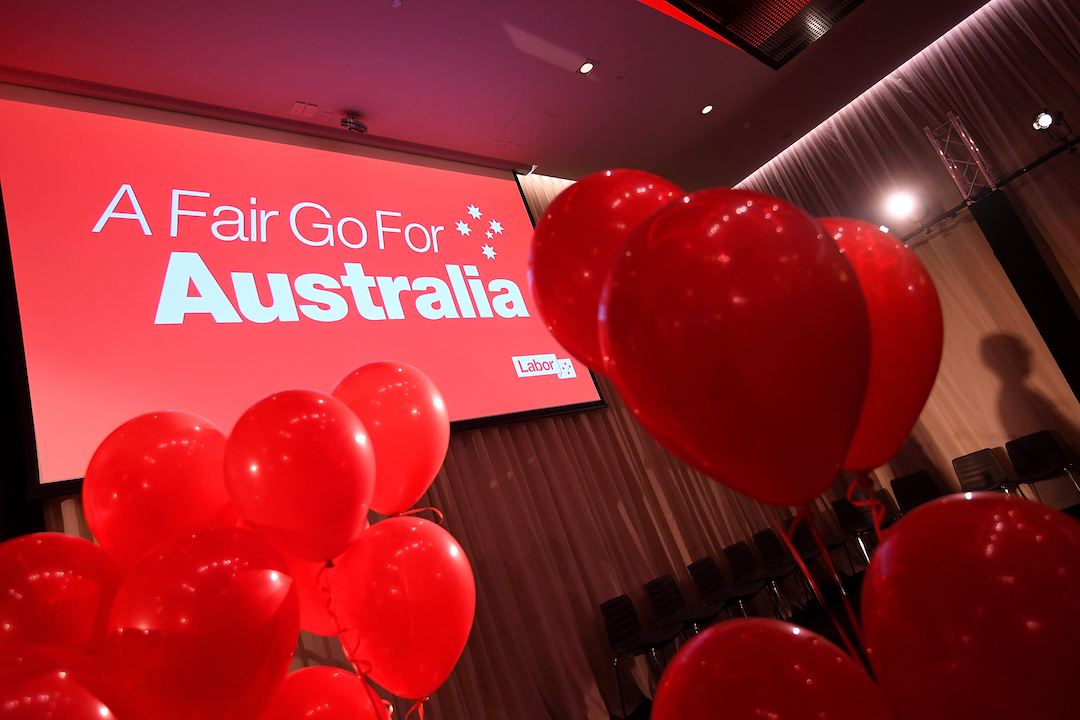 Why Labor lost and why Graham Richardson voted Liberal

Late last week we learnt that Labor stalwart, Graham Richardson, actually voted for the Liberal Party for the first time in his life. This shock revelation came in a week when Labor’s “what the f——— happened?” review of the lost May 18 election found that franking credits and negative gearing weren’t to blame.

Bill Shorten was! This conclusion and what others in the party have said since the release of the report (supervised by former Federal Minister Craig Emerson and ex-Premier of SA, Jay Weatherill) underlines what’s wrong with Labor and has to be used by Anthony Albanese to re-invent the outfit.

The main points from the review were:

• Too many policies put forward.

• Labor had “banked” the win before the result.

No one has said it but it could’ve have been seen as Kevin Rudd’s final get-even for his demise. Kev put the sword into Julia Gillard, throwing her into the revolving door of PMs that actually started with him and ended with Scott Morrison. He also planted the seed that helped Labor get smashed at the 2019 poll.

You see, Kevin proposed and got up the new Labor rule that a party-elected leader (and Bill Shorten was the first of its kind) couldn’t be dumped  by the party’s MPs in Canberra.

Labor was stuck with Bill and had no option to get rid of him, which might have been a chance to happen under the old rules for turfing out a dud leader, considering how Bill seldom beat the Lib leader in popularity polls, despite Labor winning most of those polls under Abbott and Turnbull.

Some Labor heavies think the review was too soft on Bill but Penny Wong has said the other three main points aren’t ignorable, saying “…we shouldn’t run away from other mistakes we made during the campaign.”

Sure, you could argue that Bill might have beaten Malcolm Turnbull, considering the Newspoll losses for the Government over his time as PM (34 as at June 18, 2018 — and he was gone by August 24!). Clearly, the Libs didn’t ignore the electorate and didn’t have the rules that tied their hands when a leader doesn’t resonate with the people he/she seeks to lead.

This whole Labor review of why they lost shouldn’t just be valuable reading for Mr Albanese. Scott Morrison could also learn a lot from it as well, as the enemies of the Libs (and Labor lovers in influential positions in society) look to underline his weaknesses, while the economy and the drought prove to him why PMs Rudd, Gillard, Rudd, Abbott and Turnbull found the gig running the country easier said than done!

The fact that Labor seriously needed ex-Labor men to work out how they lost underlines what’s wrong with Labor.

They preach the importance of women in politics and then get two men to review the party’s problems with their potential voters.

In business, the seller finds out what consumers want and then endeavours to meet the market. In some rare cases, a producer works out what their potential customers want before they want it because they don’t know what they can have. But these businesses can crash and burn if the market isn’t ready for it. Those dotcom businesses of the late 1990s that did crash and burn in 2000 fell into this category — they were great ideas but we weren’t digitally savvy. And telcos hadn’t given us fast download times and wi-fi.

US-based Simon Sinek and the author of Start With Why and Leaders Eat Last, maintains the argument that most of us buy from our gut feelings rather than what the numbers, fact and stats might say about a product. I once had a mate who was the opposite, who used to do all the research on buying a car, which included resale value, survey reports and so on. He bought the early Subaru cars that became very popular over time but he was a freak.

Most of us take a lot of information in when making a big purchase (such as buying a car) but the gut feeling you have about the quality of the car can have a huge effect. And the same applies to the salesperson.

Some time ago, I came across a car salesperson who would ask a lot of questions when someone was buying a Lexus. When the customer said “yes” and received their car, sitting on the seat were $200 of CDs of their favourite music. Apparently that little action was talked about more than the actual car when people later came in and asked to see her because they were in the car-buying market!

Labor needs to get to know Australians. If they have tough policies on coal mining and climate change, they better find the way to sell this to their ‘customers’.

The new Labor leader over the weekend said his team will become “the party of collective aspiration.” He wants to play up the positives rather than the negatives, such as bashing big business.

On the ABC Insiders programme, Mr Albanese said polling from marginal seats and people on the ground were saying the swings weren’t enough to win but the party ignored these signs. Hubris and not knowing their customers killed Labor.

If Bill Shorten had said he would lift the threshold when franking credits were banned to $10,000 and he promised to delay the changes to negative gearing until the economy was strong enough to deal with the reform, he might have been seen as insightful and empathetic to a country where wages weren’t rising, power bills were hitting hip pockets and the economy was slowing.

Labor lost because it didn’t have a strong enough “why” that they took to the Australian public. Graham Richardson voted for Liberal Dave Sharma in the seat of Wentworth, where Labor would never win, because he was opposed to Independents like Kerryn Phelps and what they do to federal politics.

That said, in our conference in Sydney before the election, I interviewed Richo and he said franking credits and negative gearing were “dumb” policies, if you wanted to become PM!

When Labor understands us, then the right “why” will follow and so will electoral success.